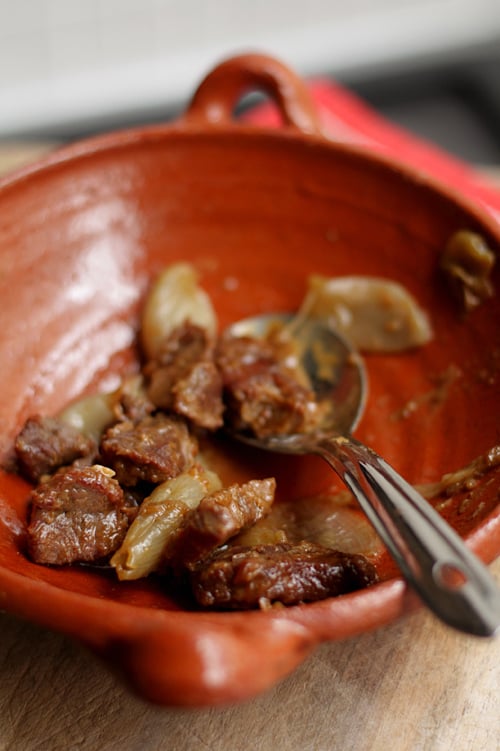 I’d read a rather head-scratching review of a book that I was very fond of from the day it landed in my apartment. Burma: Rivers of Flavor is a cookbook that has been haunting me ever since I opened it up and leafed through the pages. It was written by Naomi Duguid, a seasoned cookbook author who traveled throughout the country before the change in political climate. She travelled by foot, bike, train, boat, and whatever, culling recipes from home cooks, market vendors, and restaurateurs.

Before I got the book, I didn’t know much – actually, I did’t know I knew anything – about Burmese food, aside from my meals at a so-so restaurant when I lived in San Francisco. But her book reveals much of what had been hidden from Westerners for so long. And before I even took a knife to a shallot, I combed the pages thoroughly, getting completely wrapped up in her journey and cultural observations as she coaxed out the recipes, presenting the nuances of a somewhat particular style of cooking. 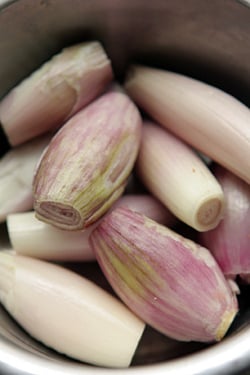 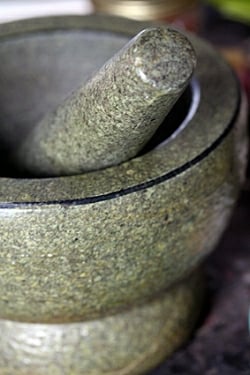 I also loved the subtitle of the book “Rivers of Flavor”, which I thought was brilliant and conveyed the ebb and flow of ingredients, like chiles, fried shallots, and lime, that run through Burmese food. The reviewer questioned having pictures of Burma in a cookbook. (Hmm, pictures of markets, farmers, street food, and Burmese ingredients?) But I was enthralled, and was also happy because I could rustle up all the ingredients in Paris to try some of the recipes, which isn’t exactly a hotbed of Burmese cookery. In fact, the most exotic ingredient is fish sauce, which is available in any Asian market – and even well-stocked supermarkets. 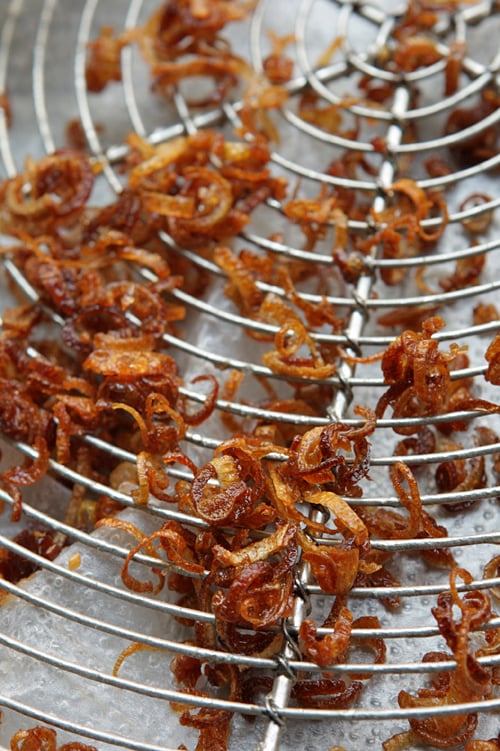 I found her book a glimpse into a culture that I, and many others, know so little about. And started bookmarking recipes, including this beef curry recipe, which I made the other day. I liked it because it called for nothing more challenging than shallots, chile powder, turmeric, garlic, fresh ginger, and fish sauce, all of which I happened to have on hand. I just needed to run out and get was a pound of beef (which I don’t keep on hand), which my local butcher was happy to supply me with. 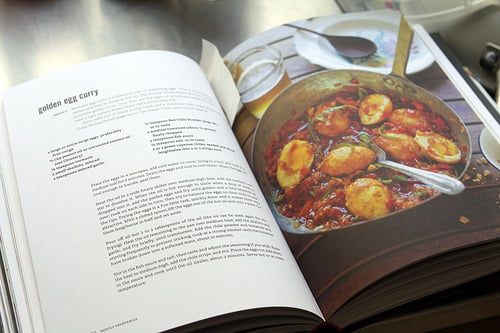 Another recipe I have bookmarked is Golden Egg Curry, where the author says “The smooth egg whites blister and firm up into an attractive golden crust”, which, as you can possibly guess, is something I need to make. And the Chicken in Tart Garlic Sauce sounds like a mix of flavors that are right up my alley, with plenty of lime juice and garlic livening up the stir-fried chicken. 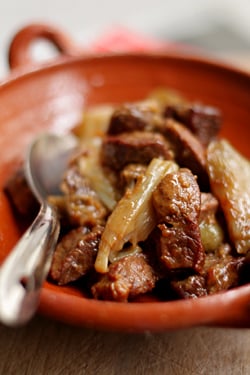 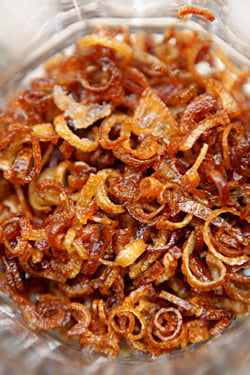 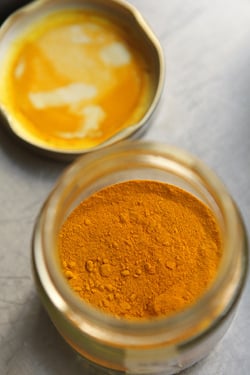 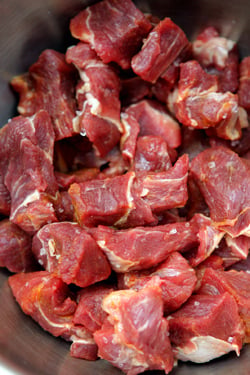 I’m not a big beef eater in general, but it was interesting to make this curry. As the title implies, it’s a dish that’s both simple in technique and in flavor. Unlike a complex, rich, liquidy Thai curry, which so many of us are used to, the resulting Burmese curry is simply chunks of tender beef and sweet shallots, braised in its liquid. But I was happy to be able to explore a dish, and a culture, in my kitchen. And can’t wait to get cracking on those eggs next.

Adapted from Burma: Rivers of Flavor (Artisan), by Naomi Dugiud This is, indeed, a simple curry – not just in preparation, but in the results. Naomi Duguid advises to serve this curry with stir-fried bitter greens or rice, to compliment the silky shallots. I’d should add that this curry is portioned to be part of a meal, so if you plan to serve four people with it, make sure you have something to accompany it. Also, as she notes, Burmese cuisine isn’t as spiced or as highly seasoned as Thai and other cuisines, and condiments are added to the dish by diners, at the table. Some hot sauce, extra deep-fried shallots, chopped toasted peanuts, or even some powdered dried shrimp, would be nice to offer guests. To make deep-fried shallots, heat some oil and add a generous handful of finely sliced (peeled) shallots – about 1/2 cup, cooking them in a few inches of hot oil until deep golden-brown, then scoop them out and let them cool on a rack or paper towel until crisp. They can be stored in a jar for a few days if you want to do them in advance.

Notes: If you don’t want to deep-fry the shallots, I would imagine that if you just cooked them in some oil in a skillet, until they were deep golden brown (stirring them constantly, and keeping an eye on them), they would work just as well in this recipe. There is a recipe in the book for making Burmese-style chile powder. When I made this, I used Korean chile powder.