Things I Bring Back to France from America 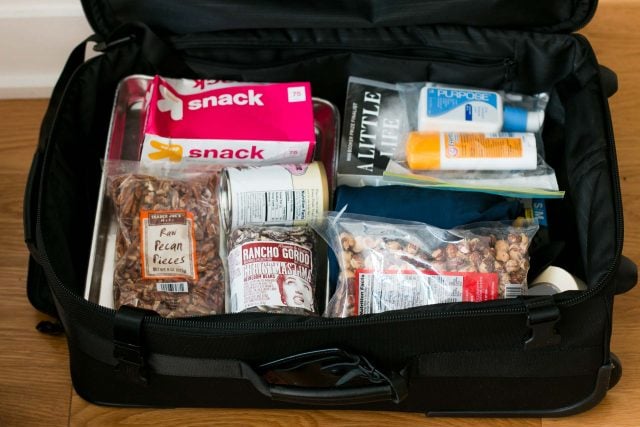 No matter how many wonderful the foods, and other things, are in France, when I go back to the States, there are some things that I bring back to France with me. When I go to the other way, to the U.S., I pack things that I have a hard time living without or to give as gifts. Friends or hosts might get a loaf of Poilâne bread, a French cheese that’s elusive outside of France, a packet of salted butter, fleur de sel (French sea salt), Parisian chocolates, and for extra-special friends, a baked-the-same-day croissant. (Depending on my flight plans. And how much I like the person.) 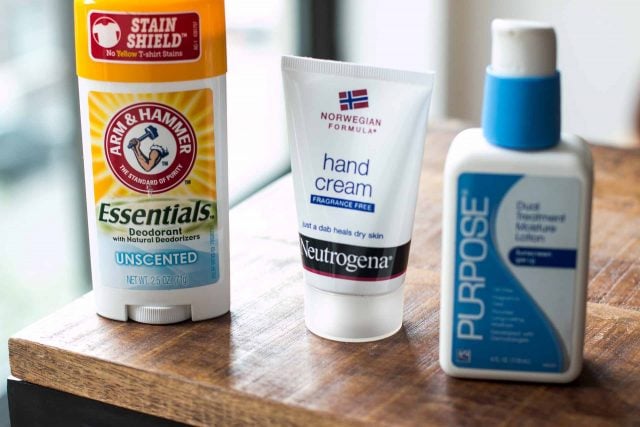 When I go the other direction, America to France, I pack certain things that I either can’t live without, because I haven’t found an equivalent, or I need (or like) to have them in my kitchen. For other room in the house, I stock up on unscented items. I, and my sensitive skin, and nose, aren’t fans of scented or over-scented items. (I once even saw vanilla-scented papier toilette. I like vanilla and all, but…) And yes, that’s me opening laundry detergents and smelling them in the supermarché aisles. I’m waiting for the day I get busted (or however you say that in French) for doing that.

While I was packing my suitcase after a recent trip, I thought I’d share some of the things that were going back with me. I had a few books, snack-sized zip-top bags (which I once bought by mistake, but are great for small bits of things), and Tom’s toothpaste (I once ran out and used Romain’s toothpaste, which I found out was fennel – yuck…). I had the usual tangle of electronic cords and adaptors, which I finally organized by buying a cable organizer. I know, I know – Marie Kondo says not to buy organizers, but until they come up with a single cord and plug that works for everything (…please! And now there’s a movement to replace all our USB cords…oof…), I needed a better way to make sure I didn’t leave a cord behind, going in either direction. 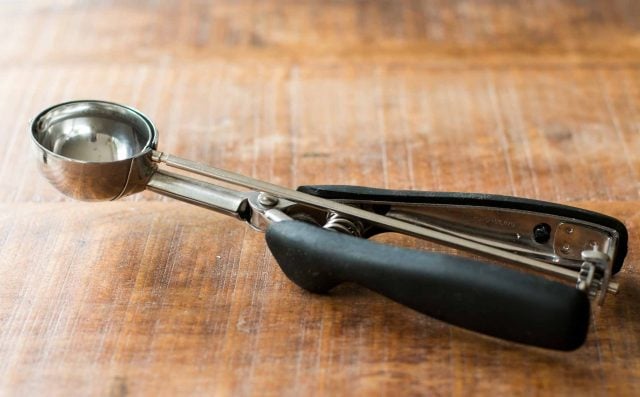 Spring-Loaded Ice Cream Scoop: The French love ice cream – what’s not to like? So why couldn’t I find spring-loaded ice cream scoops in various sizes for cookies? I didn’t get it until one of the clerks at MORA told me, “Because the French don’t make cookies like you do in the U.S.” Oops. Got it. He was right. While the French make cookies, they don’t really do cookies where the dough is dropped; they’re usually rolled and cut out. The size that’s available in France is used for scooping ice cream, like those restrained scoops at Berthillion, that make you want to order a triple, even though that’s très Américain. 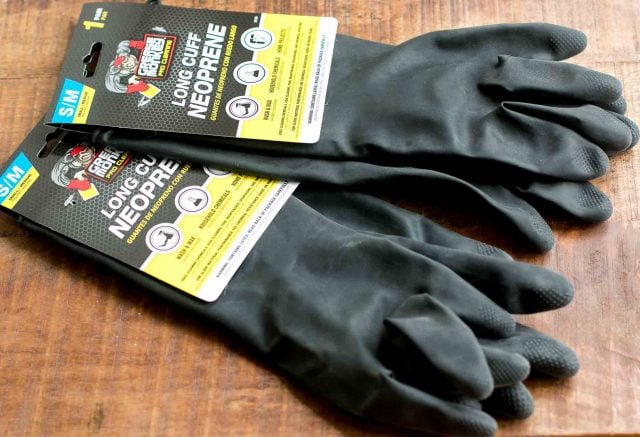 Sturdy Rubber Gloves: I love to cook and I love to bake. I do a lot of both, especially when I’m testing recipes. One thing I don’t love are all the dishes, a by-product of what I do. Consequently my hands are often in a sudsy sink and I wear rubber gloves because all the soap and hot water isn’t good for them. I’ve bought the regular or “cheap” rubber gloves for $1/€1, which only last a couple of weeks…if I’m lucky. The thick industrial-strength blue gloves that cost about ten times that, don’t wear out, but are so thick it’s hard to get a good grip on things. These neoprene gloves I found at Home Depot are perfect, and not too expensive. I think they’re worth their weight, in rubber. 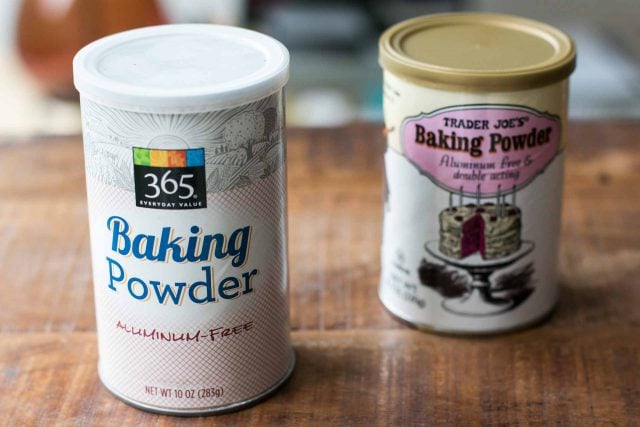 Baking powder: I get a lot of questions about levure chimique, French baking powder – but I don’t use it. I’ve familiarized myself with every other French baking ingredient but baking powder is my blind spot. It comes in little packets which are great for French recipes, which often call for “1 packet of levure chemique,” rather than a specific gram or cuillère à café (coffee spoon) measurement. I pick up tins of aluminum-free baking powder, which I’ve seen on the shelves at Le Grande Épicerie. But I find it easy to put a tin or two in my suitcase, just to be sure. 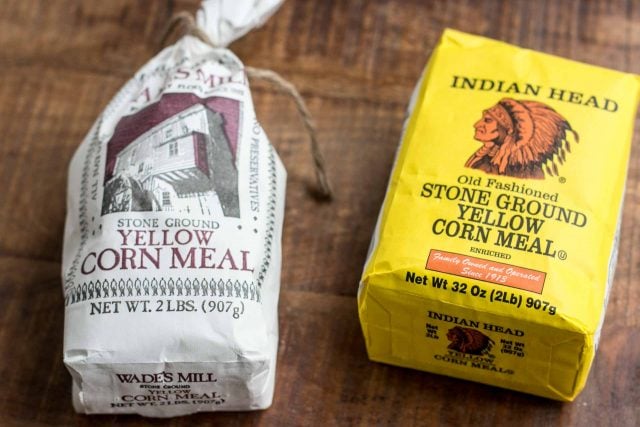 Stone Ground Corn meal: In parts of Europe, people do use corn meal – the Italians cook up polenta and the Basque make taloa, a tortilla-like flat bread – but in general, it’s hard to find stone ground corn meal for corn bread with the hearty taste of corn meal, like the bag I picked up in Virginia, on the left. I may try my hand at taloa with it, too. 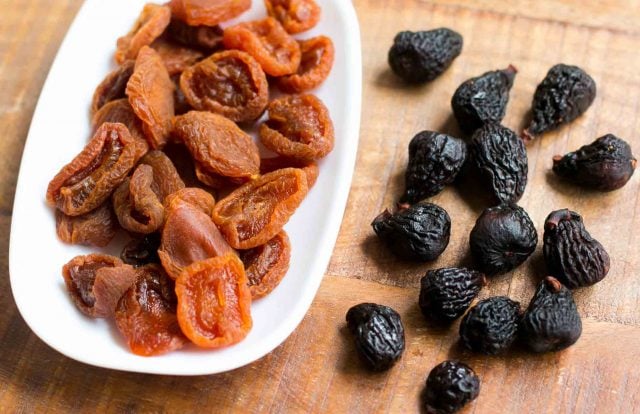 Dried fruits: I get terrific dried fruits in France; dates from Iraq, Tunisia and Jordan, prunes from Agen, and white figs from Turkey. I’ve been hooked on California dried apricots ever since I found out how to raid the box my family always had in the pantry that my mother poached and served with chicken and rice. I love the tanginess of the California ones, which are less-sweet than their counterparts from elsewhere. I also like the concentrated flavor of dried Black Mission figs, which go particularly well in tapenade. 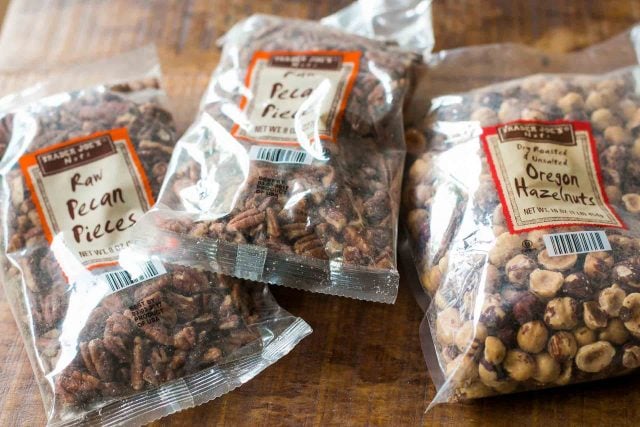 Hazelnuts and Pecans: I’ve not understood why we’re so close to North Italy, where spectacular hazelnuts are grown, but they elude me in Paris. The hazelnuts (and pecans) I often come across are not super-fresh. And there’s nothing worse than biting down on a funky hazelnut. Jacques Genin offered to sell me some hazelnuts, but since we’re frenemies – he once tried to strangle me – I decided it safer to bring some back in my suitcase. 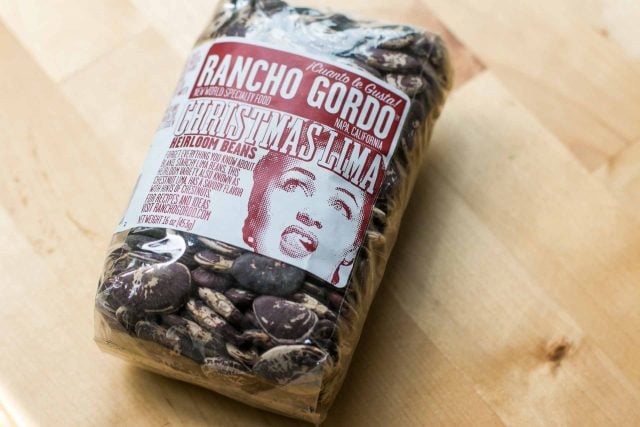 Rancho Gordo Beans: We get wonderful dried beans in France, although these heirloom beauties from Rancho Gordo really are special. The Christmas Limas (shown) cook up plump and meaty. For those who want to tackle cassoulet (such as the recipe in My Paris Kitchen), their cassoulet Tarbais beans are excellent, and more affordable. 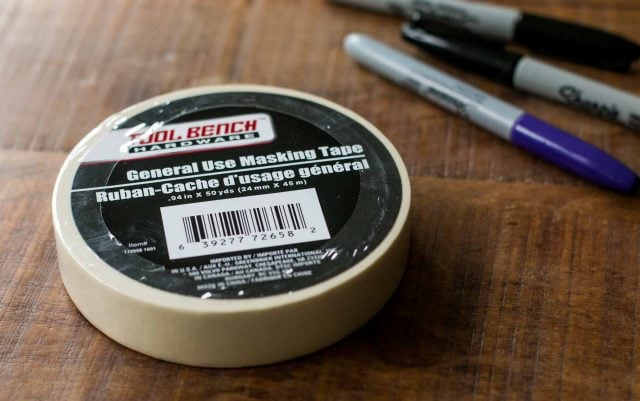 Masking Tape: Along with Sharpies, no restaurant cook is ever without masking tape for labeling containers. It’s kind of pricey in France, and I’ve had to track it down. (Things often have a specific use in France, and you’re only supposed to use something for that one particular use.) I go rogue and use it for labeling things. Someone gave me a ‘specific use’ labelmaker for my birthday a few years back in Paris, which was perhaps a subtle hint to fall back into line… 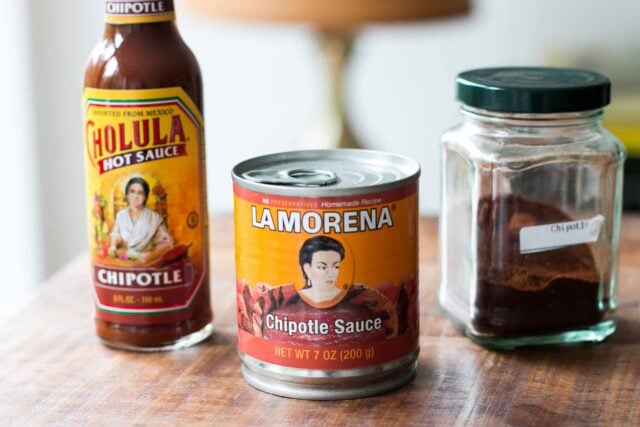 Chipotle: Americans love smoky flavors. The umami flavor of smoky, smoldering chipotle is something that I crave, more than other chile sauces. And the French are getting into the action now, too, but I’ve not seen chipotles. You can buy dried chilis in Arab and African markets, but they don’t have the same flavor as chipotles. At the register, I get warned not to buy them because they are pimenté (spicy), which I have to explain that that’s what I’m buying them for. Believe it or not, I’ve never used the ones in the can, but saw David Leite make Chipotle Maple Barbecue Sauce from of them, and that’s on my docket for this summer. 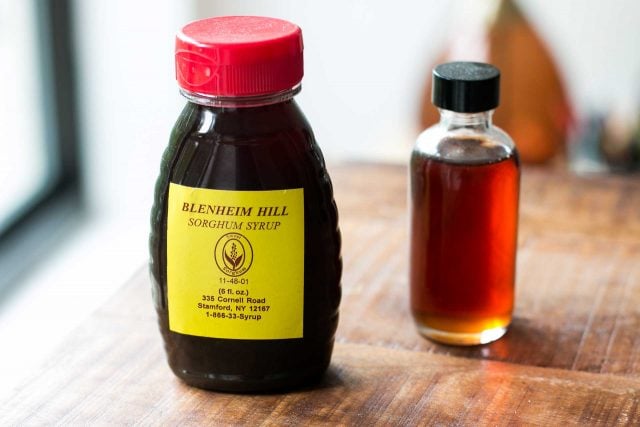 Sorghum Syrup: I’m not too familiar with this. A nice fellow brought me a tiny, unmarked bottle (behind) at a book event, then another friend gave me some that she used for a catering project where she mixed it with butter for people to slather on warm corn bread. I’ve had Alice Medrich’s sorghum ice cream with sorghum peanut brittle bookmarked from her book, Flavor Flours, for a while now. Now that I have the syrup (and I bought some sorghum flour, too), I think I’ll be churning that one up in the future. (And just to raise eyebrows, I’ll label the container with my masking tape.) 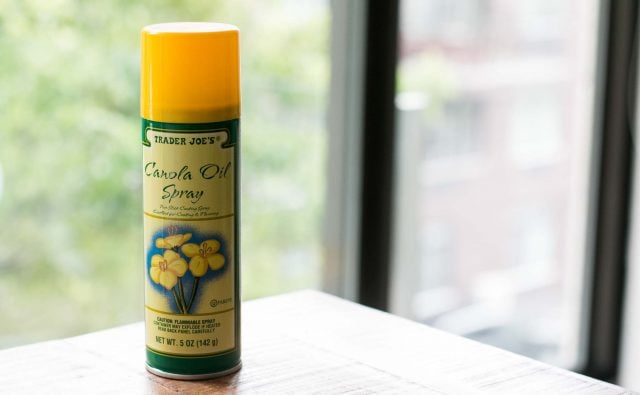 Non-Stick Spray: I don’t turn my nose up at this non-stick spray, well, it works really well for bundt and kugelhof pans. Some recipes just work better if the pan is sprayed with non-stick spray. We just need to deal with it. Curiously, the only place I’ve seen this in Paris is at G. Detou, sold as a product that’s geared toward professional cooks. A neighbor in Paris told me that spraying vinegar on wooden planters outside will prevent dogs from tinkling on them. Where do I find spray vinegar?

[Update: There’s a discussion in the comments, and links, as to whether aerosol cooking oils are allowed on planes.] 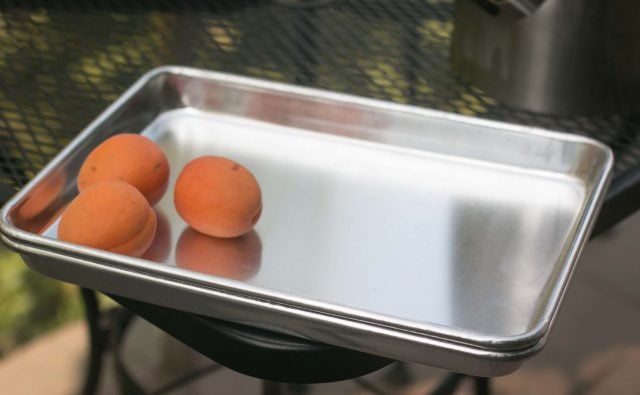 Quarter Sheets: Anyone who has worked in a restaurant immediately knows what a half-sheet is. In cookbook lingo, technically, they’re jelly roll pans. But I don’t know anyone who has made a jelly roll since the late, great Marion Cunningham passed away. Flat, rimless baking sheets are what most people think of when you say “baking sheet.” But without the rim I find them hard to handle. (They don’t use the same half-sheet pan in France that they do in America.) And anyone who’s worked in the panic of a restaurant kitchen know something you don’t have a good grip on means disaster lurking ahead. However, in all those years, I never knew what a quarter-sheet was, until I saw them at a restaurant-supply shop in New York. Romain, my Frenchman, instantly bought one. On the next trip, I bought two.