In my continuing adventures to bring you some of the more interesting chocolates from around the globe, and get through as much of my chocolate before the meltdown of summer heat attacks my chocolate stash, you might remember a few months back I wrote about a conversation I had when I shocked some unworldly women (who…me?) that asked me which country makes the best chocolate.

For a few years now, I’ve been swapping messages with Art Pollard of Amano chocolate who has spent ten years searching for cacao and learning how to make artisan chocolate tablets at the company he started in Utah. But it wasn’t until just a few months ago I was able to taste his handcrafted chocolate, which he sent me here in Paris. Amano started out concentrating on two different bars: A tablet of Ocumare chocolate, and another made from chocolate from Madagascar. I’m a big fan of Ocumare chocolate in general, which is considered one of the finest cacao beans in the world. Grown in Venezuela, some manufacturers claim it’s a criollo bean, and I’ve been told various stories that dispute that, and many chocolate experts agree that pure criollo chocolate doesn’t really exist anymore.

I’ll let the geneticists work that out, and concentrate on the taste of the chocolate. Luckily I had help during this tasting from Pam Williams, who runs Ecole Chocolat, an online school for budding chocolatiers. (That’s her hand with the girly-girl ring, not mine.) An expert on chocolate, Pam and I snapped the chocolate into manly-sized pieces and we tasted away.

Amano describes their Ocumare chocolate as having tastes of “plum” and “red fruit”. We both thought it also had a bit of acid; Pam was reminded of ‘walnuts’ while I got ‘leathery, tobacco’ notes on first taste. But as I let it sit for a few weeks, the fruity tastes came through (chocolate that’s too fresh often tastes ‘green’ and unfinished—it benefits from taking some time to meld) and I found myself enjoying the sharp, almost sexy taste of this bar once it mellowed out.

When most people think of Madagascar, they think of vanilla, since this large island off the coast of Africa is justly famous for their slender, fragrant beans. But equally impressive are their cacao beans, which the Amano folks tell us are from Venezuelan rootstock planted in the early 1900’s. Amano describes their Madagascar bar as “untraditional”, and both Pam and I were bowled over by how fruity it was. Pam’s first words were ‘prune’ and ‘raisin’ with a jam-like sweetness. ‘Blackcurrants’ came to mind for me, their intense inky fruitiness with a touch of tannins combined at the finish.

I’m deeply-impressed with anyone who spends the time and takes the care to source the cacao in America, a country whose fine artisanal chocolates deserve to be better known around the world. As Pam said, “It’s the idea that a small-guy can make good chocolate and compete against the big guys. This is proof!”.

I admire Mr. Pollard’s desire to create bars to compete against the world’s finest chocolates and I’d be interested if they created some blended chocolates in the future, since single-origin chocolates limit the chocolate-maker’s ability to create a more multi-dimensional bar and I think with their talent and commitment, a well-rounded chocolate bars which combines the qualities of various beans would be a welcome addition to the line-up of the excellent American chocolates being produced today.

Amano chocolate is available via mail order direct from the company. Visit the Amano chocolate web site for ordering information. I was quite impressed by the terrific information on their FAQs page too, which makes good reading.

Learn more about Pam Williams and her chocolatier training at Ecole Chocolat, and find chocolate all over the world at her ChocoMap.

Who Is Josephine Vannier? 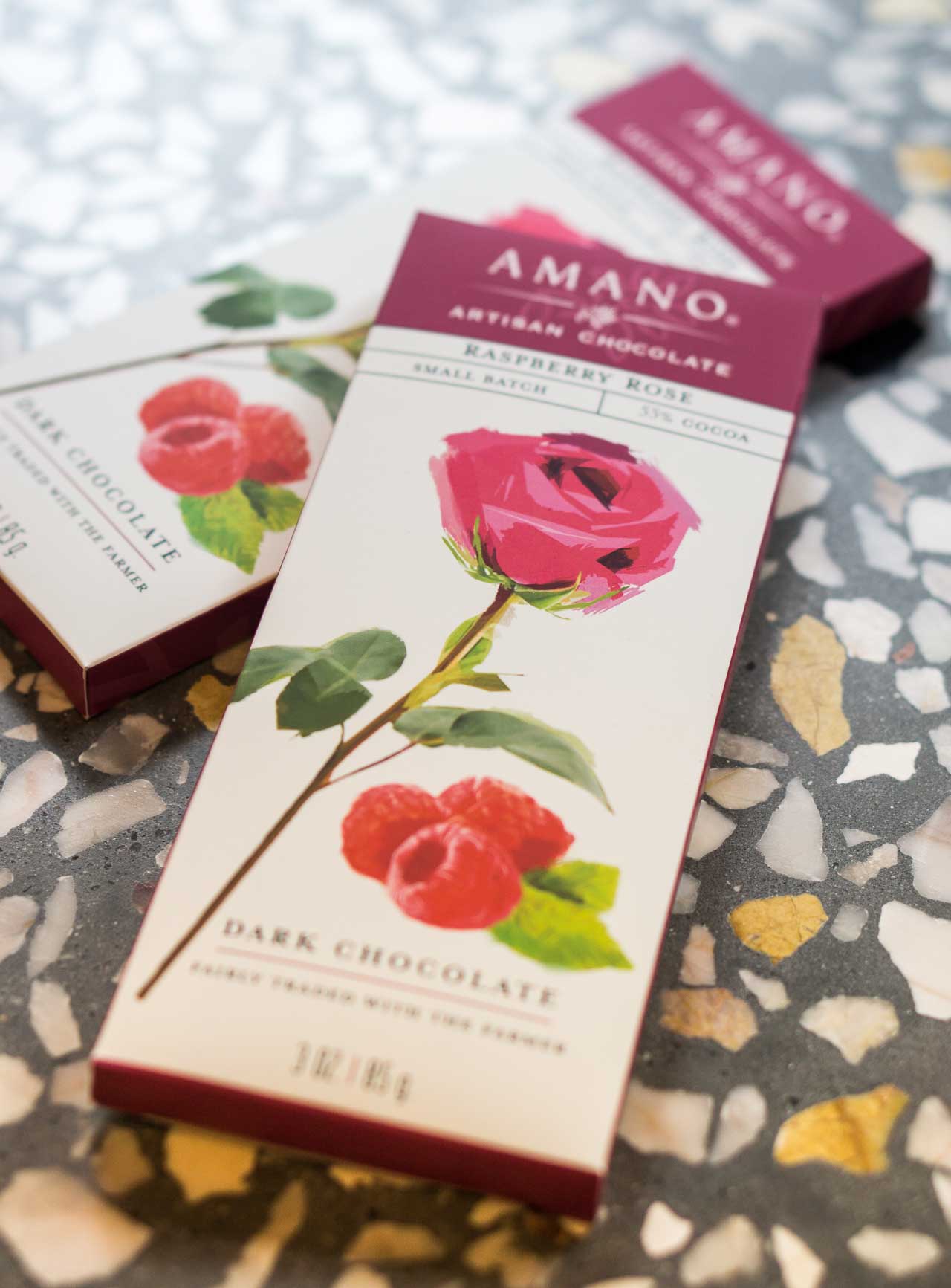