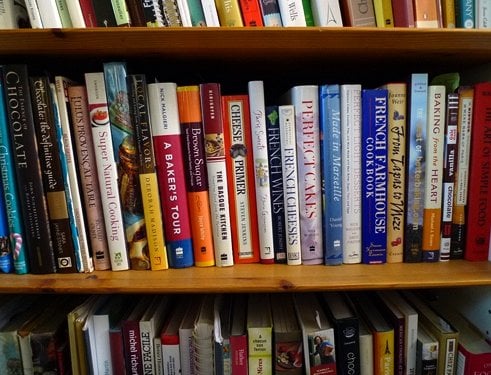 First there was the music business, which shifted radically when people learned to download music digitally. Movies are up next, and like music, the challenge for the movie studios is to figure out how to get people to pay for movies that they’re downloading digitally. And the next frontier is print media: newspapers, magazines, and books.

A few of my friends are traditional journalists, the kind of that get paid to write for newspapers and magazines. Whenever people say that blogs are going to take over the news, I’m not so sure. Food bloggers can easily go into the kitchen and whip up a batch of brownies, but until political bloggers start paying their own way and going to the front lines of the war in Iraq, there is still an argument for conventional journalism. But still, in order to make it work, there needs to be a way to pay for it.

The publishing industry went into a tailspin the past few years, and is trying to find its footing. Books have rebounded but many magazines and newspapers are barely hanging on, and few good ones disappeared. Those that remain reduced their staff and payroll, and with the media asking bloggers and others to work for free, it doesn’t seem to me like a sustainable business model if you’re relying on free labor to keep afloat.

Thankfully, cookbooks have been a bright spot in publishing and few people want crack open a computer terminal and get cookin’. Cooking is a visceral activity and while a lot of cooking is following a recipe, the popularity of food television and blogs shows that somewhere in the mix, technology does intersect with the act of doing what we do to fulfill the most basic of our needs: To cook and to eat.

As an author who publishes books and maintains a blog with recipes, I’m happy I get to do both because I think they both fulfill different needs. (For example, no editor is going to let me publish a potato soup recipe with S&M overtones.) But I’m interested in the future of cookbooks and publishing am rather intrigued by some of the modern, and more efficient ways to reach and interact with cooks and bakers. The publishing industry isn’t quite there yet when it comes to “thinking outside of the box”, because their model has been entrenched for so long. But the time has come for new possibilities and some of the new e-readers and touch screen tablets that are on the horizon offer them.

Here are some of the options that are currently either in operation, or about to be launched in the near future. 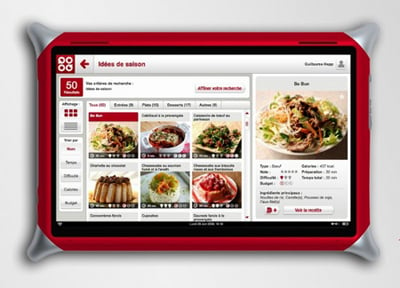 Introduced by an amazing video on their website that blazes across your screen, Qooq is the French entry is a tactile touch screen device, which costs €349 (and includes 500 recipes), and for a non-recurring monthly fee of €12.95 you can access to thousands of other recipes as well as chef videos and wine pairings. The touch screen allows cooks and readers to scan recipes and move elements around the pages.

The downside to this device is that you have to pay quite a bit for it, a machine that has limited capabilities. You can’t use it to surf the internet, and if it’s not in the Qooq library, you can’t have it. And how good are those recipes? Are they tested? But still, imagine if a publisher or television network was to offer a device like this to consumers at a discount, with the offer of downloading books and videos, as well as special “subscriber-only” presentations from their proprietary chefs and authors, they might have a hit on their hands. 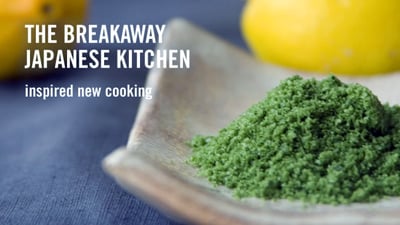 I hadn’t heard of the Vook a concept of a video-book, but during a recent conversation with Jaden, she brought it to my attention and I found it intriguing.

Right now there’s only a handful of books, but cookbook author Eric Gower has hopped on. His ‘cookvook’ costs $3.99 and contains 16 professionally-shot videos of him shopping in ethnic markets for ingredients, then making the dishes and demonstrating cooking techniques.

The advantage to these video cookbooks is that one don’t need to buy anything else; you can use your computer or iPhone, and the price is within reach. You can also take them with you to the market or when traveling. I found this interesting, personally, because I could imagine it’d be fun to take readers to where I buy chocolate, virtually, showing them how it’s made, then head to the kitchen to make a chocolate cake with it. Or head to the market and shop for berries, which might get churned up into Strawberry Ice Cream, using cream from my fromagerie, that we’ve visited together.

The most well-known is the Kindle, Amazon’s hand-held device, which is also available for the iPhone or your PC. And soon, the Mac. Other companies also have their own e-readers, most notably the Nook and the Sony Reader. These are all in the $250-$300 range.

At first met with skepticism, people of all ages are flocking to e-readers now that they’ve become sleeker and sexier. And Amazon has made them incredibly easy to use. A friend told me his elderly dad loves his Kindle! I was one of those people, initially thinking, “I don’t want to read a book on a screen.” But like the other devices mentioned, if they had the capability of adding a video and color element, the possibilities increase dramatically. Imagine a textbook of world history, accompanied by videos of moments in time like elections and wars? Or in the food realm, a recipe for Pad Thai, accompanied by a trip to the Asian supermarket where the guide shows you what the ingredients are, with snippets of how they’re made and used.

I think these will change as the technology evolves and predict the next generation will include video and touch screen commands. The great thing is that they’ve made it very simple and fairly economical to access a wide library of books. For cookbooks, I can see downloading recipes and books, but as they stand now, I’m not sure bringing a black-and-white electronic tablet into the kitchen is how people want to cook. 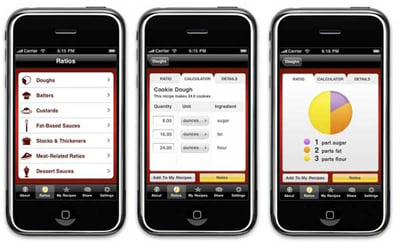 iPhone applications like the one for Simply Recipes, Ratio, and 101Cookbooks, allow you to bring the recipes in to the store with you, when you’re doing your shopping and access recipes. The cost is free, or nominal, and a big advantage is portability.

You can access recipes and tips from your favorite food blogs and magazines in a snap with the touch screen and connectivity to the internet. There are also recipe applications where you can download thousands of recipes for just a few bucks. Like other downloadable recipe sources, one needs to be mindful of where are the recipes coming from, and are they tested? With a trusted food magazine or website behind them, with apps like the ones above, you at least you know there is a real person behind them who likely tried and tested the recipe numerous times before publishing it.

The biggest advantage to the iPhone is that with an estimated nearly 50 million people owning the device, who’ve made it an integral part of their lives, meaning there’s enormous potential for a great many cooks and authors to connect. 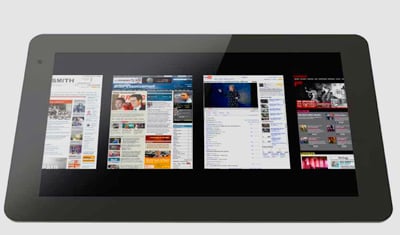 Tablets and the iPad

Th hottest of these is the iPad, a tablet-like device from Apple. But others, like JooJoo, have gotten a bit of a jump-start on them. They’re only taking pre-orders on the JooJoo, but this tablet is full of interactive elements and features a touch screen as well as video capabilities. Another interesting device is the Courier from Microsoft, which looks like a book. And interestingly, you can write notes in it like a paper notebook. 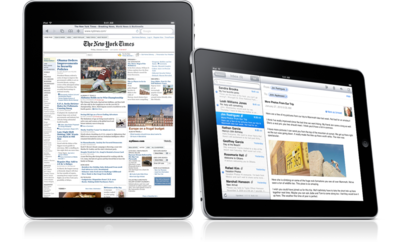 The iPad is similar to the JooJoo and doesn’t rely on proprietary information, as in, pre-loaded recipes like the Qooq. So conceivably you could download a video recipe file from a number of sources; magazines, websites, and blogs, and use them with these devices.

The good news about all these devices is they mean that there are many forward-thinking folks out there, looking for alternative ways of disseminating information. And usually once these technologies take hold, their cost reduces significantly and makes them more accessible to the masses. (My €5 USB key holds four times the information of my first computer.) And just as self-publishing options offer the opportunity for anyone to get exposure, these devices might open the door for some of the new voices out there.

On the flip side, information has to come from somewhere and the people that provide content, from musicians to writers and journalists, need to be compensated for their efforts. Variety means choice, but quality content is an important consideration, too.

So what are your thoughts. Do you own one of these devices and use it as a cooking reference? Will subscription-based capabilities in these machines save the newspaper and magazine industry? Would you subscribe if it was a fee-based model, or do you prefer an advertiser-driven that might be free?

Or are you holding out, waiting for the next big thing? And if so, what kind of features would you like to see in a device or application? Or are you simply one of those people that will never let share their kitchen with anything but a regular printed cookbook? I’d love to hear your thoughts…