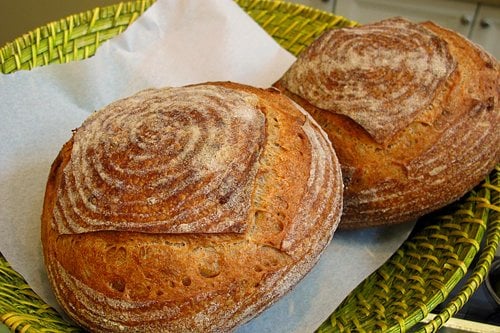 Lest anyone think I spent the entire week in Chicago wolfing down nothing but Mexican food, gobbling up hamburgers, and chugging hot chocolate, one day I actually took a breather and headed up to Lincoln Park to Floriole. 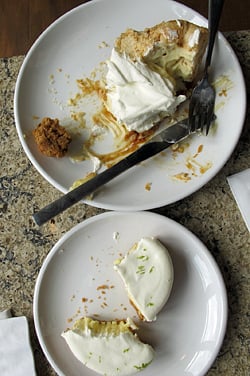 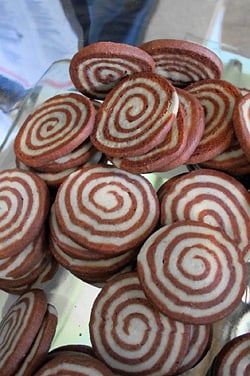 The minute I walked in, I knew I’d found somewhere special.

Floriole is one of those owner-run places that have been springing up all over America, where you can tell how much the people who run the place care about everything, from the quality of the breads, pastries, and coffee, to how happy the customers are. They could probably tell from the smile on my face – and the audible rumblings in my stomach – that I was excited to be there.

I met up with Tim of Lottie + Doof in this sunny café and bakery (which he described as his “second home”), and stepping inside, the beautiful showcases that confronted us were a nice contrast to the frosty grey chill that we left behind when we entered. (I thought I was escaping icy-cold Paris, but I guess my timing was off by a few months…) Aside from being happy to have lunch with him – and removing our scarves, gloves, hats, sweaters, and wool overcoats – we were excited about exploring using our new cameras. I am still trying to figure mine out, but it was nice to be with someone who was equally perplexed by all those strange dials and buttons. 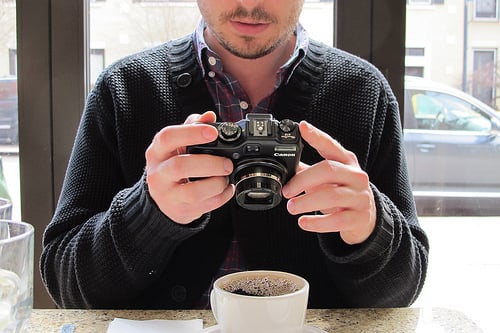 What started as a farm stand has turned into a full-fledged bakery, producing some of the loveliest breads and pastries I’ve seen in America. They certainly rival anything I’ve seen in France – and trust me, I’ve seen a lot of bread. Baker and owner Sandra Holl did a lengthy stint at Tartine in San Francisco and spent some time working in Paris, doing “research.” (ie: The same research that I seem to be doing here, namely eating our way through France.)

But it was the all-American corned beef sandwich made with house-brined beef presented on their rustic levain bread that was the first thing on the chalkboard that caught my eye. The second were the puffy individual pizzas, glistening with melted cheese, so we did what most reasonable guys do when faced with a double dilemma: we ordered both. 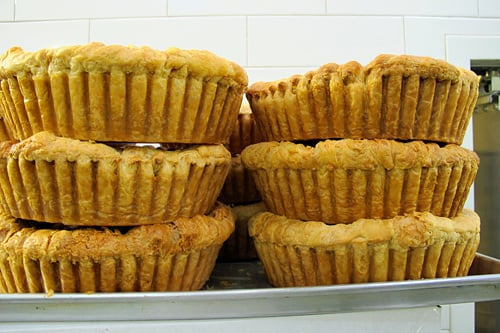 We were saving room for dessert, but when we took a walk through the kitchen where Sandra was hovering over a big pot of jam, (…does any café in Paris still make their own jam?) I noticed empty golden-brown quiche shells that were so beautiful, they looked like toasted, buttery sculptures all piled up on top of each other.

And the breads that were coming out of the oven were stellar-looking as well. The gorgeous rounds of country rounds that welcomed us at the entrance as well as the slender, graceful baguettes on display made me feel like I never left France. I’ve been told by several people that “Chicago isn’t a good bakery city”, which may be true. But if Floriole is any indication, folks probably won’t be able to say that for much longer. 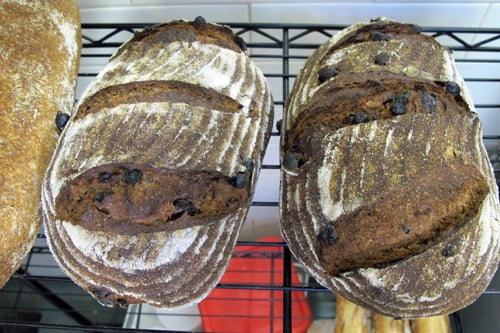 Other French treats on offer were canelés and macarons, which aren’t in short-supply in Paris, so I didn’t try them, and let Tim guide the dessert choices. 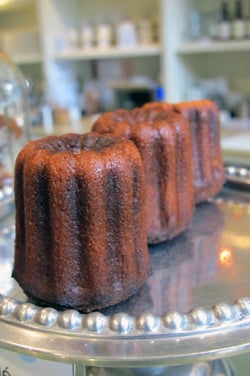 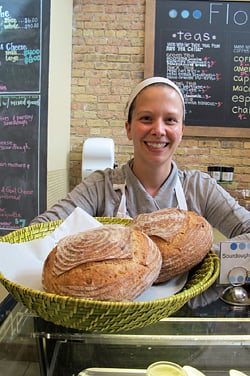 He picked out the Passion Fruit Tartlet, a lovely, slightly dense filling made of passion fruit curd smoothed over pâte sucré with a blanket of softly whipped cream and a few wisps of lime zest resting on top. He saw my nose glued to the showcase where the jam-filled Peanut Butter & Jelly Cookies were and decided it was probably best for business if we ordered one of those as well, so I would step away and head back to the table. If they’re reading this, sorry for all the noseprints. 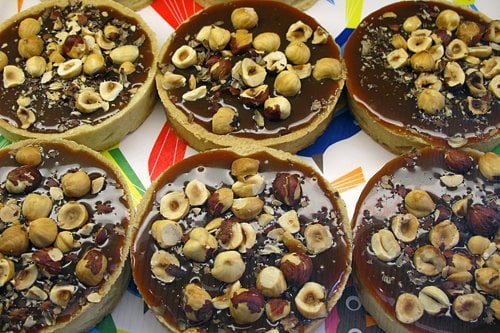 Both were nice, but when Sandra brought us over a heaping wedge of Banana-Caramel Cream Pie as a gift – the benefits of being good customers, no doubt – we dove right in. But it was impossible to finish it all, even for two generous eaters, and a few hour later after a short hop back downtown on the “L”, I regretted being too polite to polish it all off. 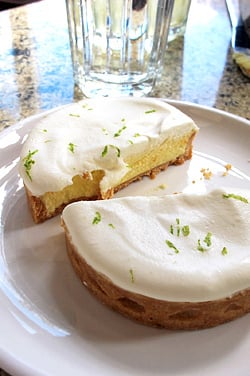 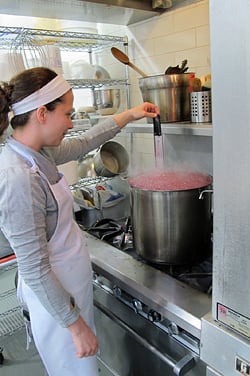 And for not grabbing a handful of the darkly cooked Sea Salt Caramels in the big glass jar on the counter. But at least I know when I come back what I’ll be making a nosedive for.