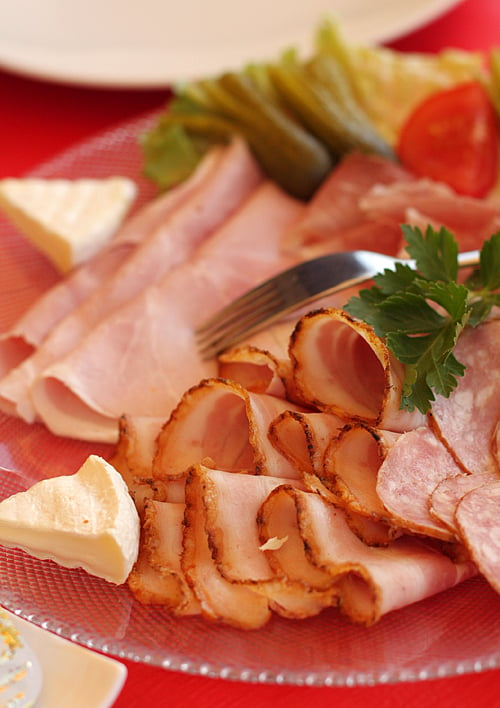 Everyone once in a while – and I could likely count the number of times on one hand – I’ve put something in my mouth that silenced me. Unfortunately for the people around me, it doesn’t happen all that often. But when I was told that there was a special lard made in Nyon, I changed my plans for the morning because something inside me (perhaps my rumbling stomach…) told me that it was something that I just had to check out. 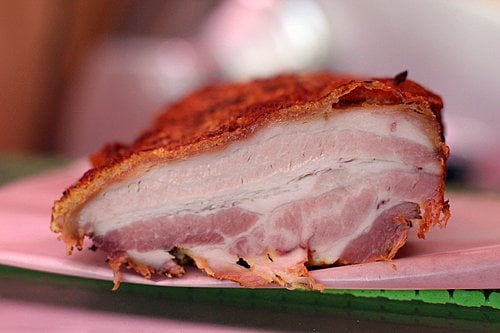 When we pulled up in front of Chez Philou, the windows were blocked by stacked crates of cabbages, no doubt destined for saucisse aux choux fumé, or smoked cabbage sausages, a specialty of the region. But a pile of raw cabbage didn’t really interest me as much as the smoky aromas clouding the windows of the shop and wafting outside whenever a customer went in or came out.

Once I found myself inside, I noticed there’s just a small rotisserie, almost Popeil-like in size, where rectangular lengths of pork were turning around, spitting juices on the oven window. Alongside was a big pile of already cooked lard cooling. 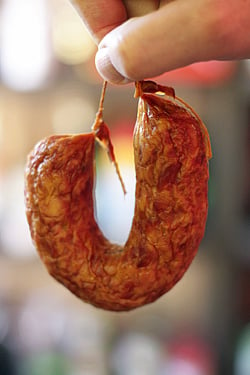 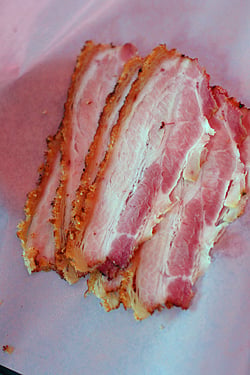 The counterman offered me a taste, and placed a few strips on a neat square of butcher paper. The edges crumbled with little hard bits, which I assumed were chapelure (bread crumbs) but was told that they were just pieces of the cracky crust.

When I slid that first piece in my mouth, everything around me just went blank as the slightly smoky flavor of the thin, roasted pork melted in my mouth. And my body went limp. (Well, not all of it…) 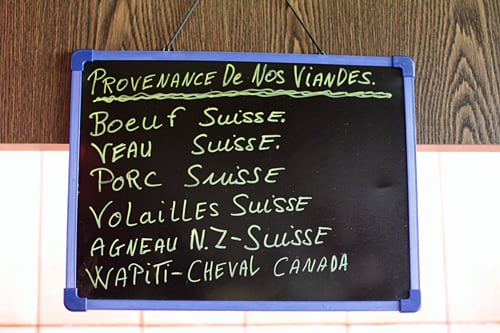 One of the stocky butchers was tending to the task and when I saw him place the raw pork strips on the racks, about to be cooked, I asked what they were seasoned with, or marinated in. He started telling me, until the other butcher hollered over the counter “Don’t give away the recipe!” 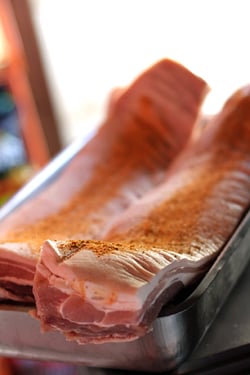 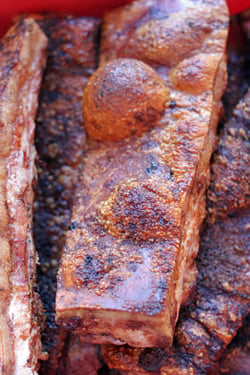 So like recipe for Malakoff, who knows what is in this dazzling bacon. My friend who I was traveling with, who is more astute than I (even though he was also sighing over the lard), said he heard them say “apple juice.” So aside from a mysterious yellow powdery spice that I saw strewn on top, that’s all I know. 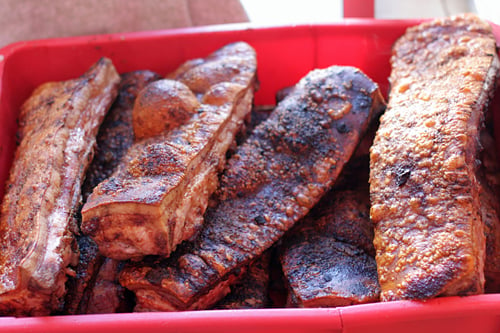 I ended up eating as much as I could in the shop, then had the butcher slice and shrink-wrap for me a few slices of the bacon. As the butcher shaved off the pork strips on the machine, making a several rows of neat slices, my friend figured he should tip me off, and warned – “Do you see how much you’re getting?” 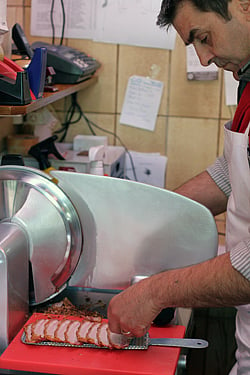 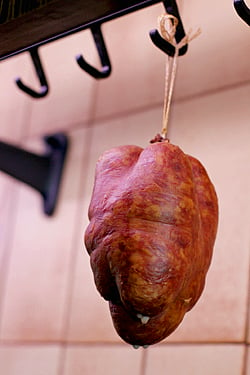 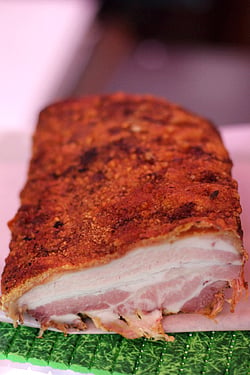 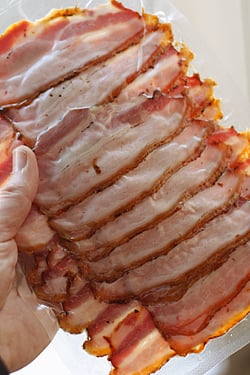 The first picture of the charcuterie plate was taken at Au Coeur de la Côte, near the butcher shop, which serves lard de Begnins as part of its Assiette Vaudoise.

The word lard in French refers to bacon or pork belly, rather than pure pork fat, as it means elsewhere. Pork fat in French is saindoux. (Someone who is considered pig-headed is referred to as having a tête de lard.)