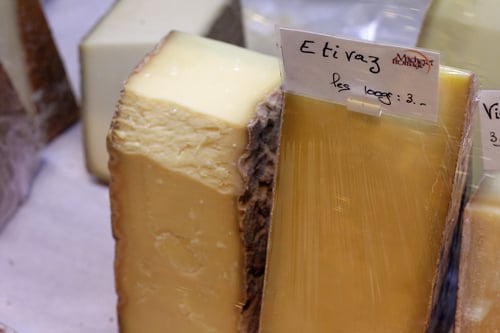 I don’t know why, but almost all the pictures from my Paris-Lausanne culinary tour came out kinda goofy. Out-of-focus, askew, grainy, or there’s odd pictures of sidewalks, one of me lounging in a bathrobe, guests eating and drinking (no one looks great when putting a forkful of food in their mouths so those pictures I’ll keep to myself…and I hope they do likewise), lots of chocolates rolling off conveyor belts, and even those scrumptious, insanely good Swiss meringues with double-cream Gruyère tasted (a lot) better than they look here. 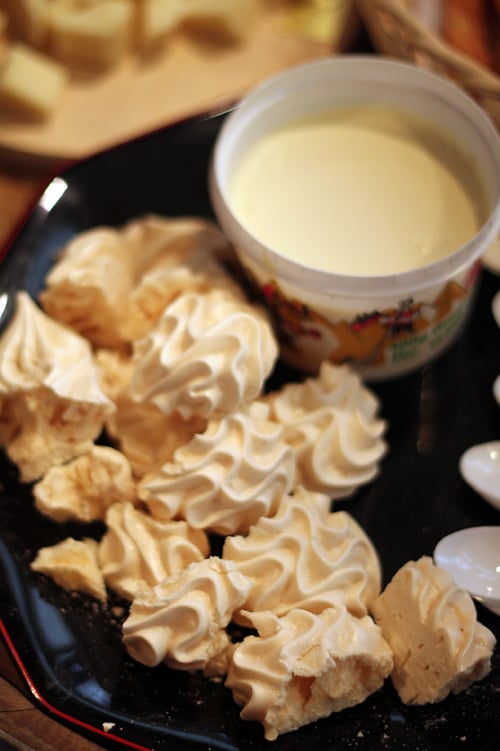 The week passed by as a whirlwind of tastes – we moved from one chocolate shop to the next in Paris – Fouquet, Jacques Genin, Patrick Roger, and Jean-Charles Rochoux. Then, when we hit Lausanne, we switched gears, focusing our attention on cheese, air-dried beef, and white wine.

Taking the train to Switzerland is always a treat because of the great service, and the meal they serve you in your seat, which is especially welcome if you have an early morning departure. 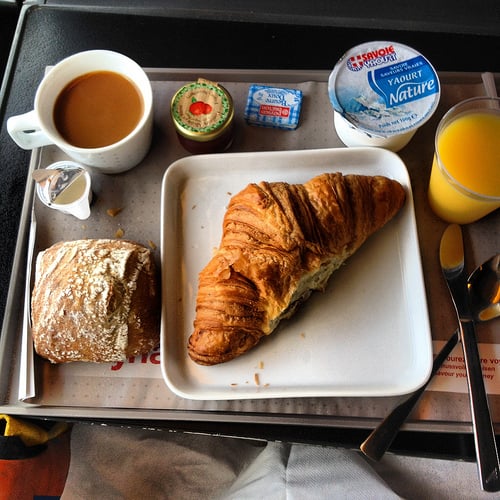 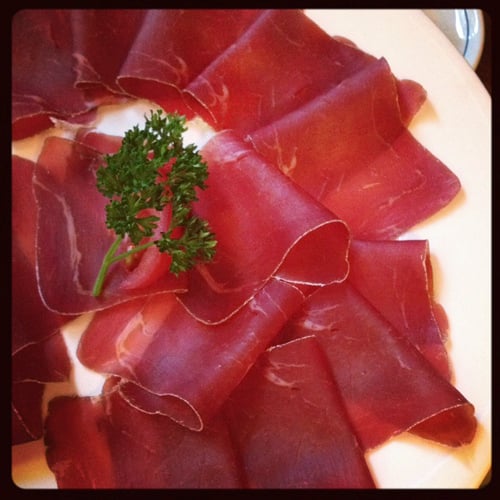 As soon as we landed, we hit the ground running, braving a massive chocolate tasting at Blondel (which, surprisingly, had the spiciest chocolate I’ve ever tasted – who knew that would happen in, of all places, Switzerland?), the cheese shop of André Macheret, which is ground-zéro for the best Gruyère cheeses, aged anywhere between 6 months to three years. Being a soft touch, I gave a jumbo wedge of it a lift back to Paris.

The sun off Lake Geneva beamed at us as we strolled the great outdoor market in Vevey; beautiful baskets of plump, juicy raspberries and dewy-green gooseberries, wild mushrooms from the nearby alps, perch and féra caught in the nearby lake, and I even had an energy bar made by a local baker. (The woman in front of me in line bought the very last pretzel and as much as I was tempted,
unfortunately, line-jumping isn’t as tolerated in Switzerland as it is back in Paris.) 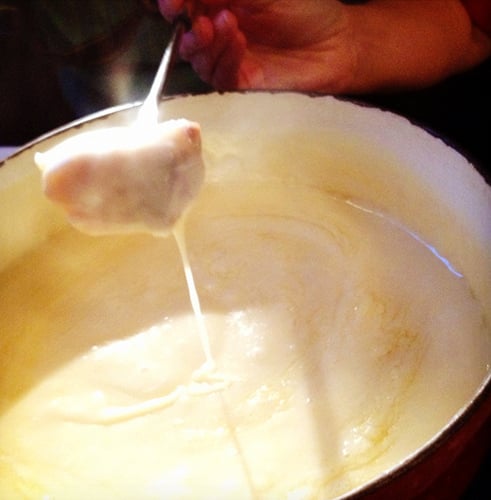 After returning to Lausanne for a number of years, I’m resolutely convinced that there’s no better way to get to know a group of strangers than sharing a bubbling post of fondue at Café Grütli, washing it down with glasses of local chasellas white wine, alternating with shots of kirsch that some locals once told me that you had to do if you dropped the bread from your fork into the fondue. Or you had to kiss everyone at the table.

Fortunately it wasn’t me who made the first “drop”, and my guest was a good sport when I told her it was time to ‘drink up.’ But when scraping the burnt ends up from the bottom of the pot (called la réligieuse, or “the nun”), my own wad of bread took a tumble, so I took one for the team. Being troopers, most of the rest of the table joined me – in solidarity. 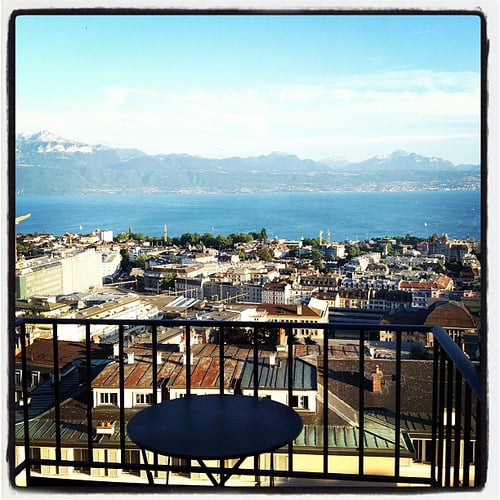 So while I didn’t catch many good shots of the action this week, it’s hard to get a bad shot – or complain about anything for that matter – if you have a room overlooking Lake Geneva at the Lausanne Palace hotel. And I have some pretty great memories. And an extra little souvenir…where my waistline used to be. 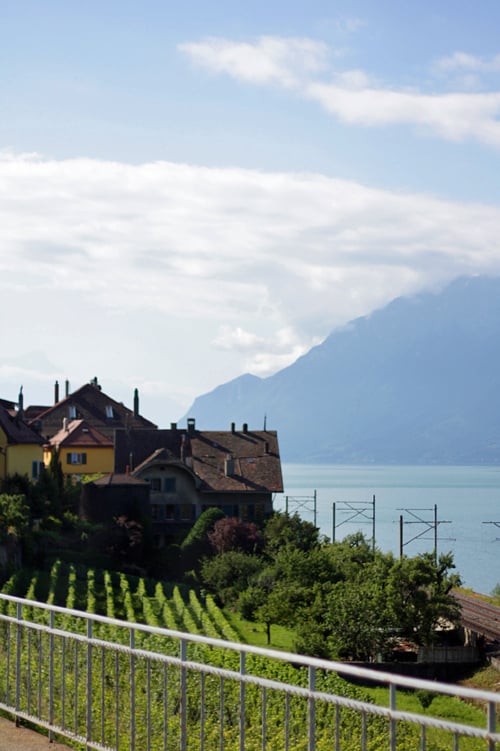