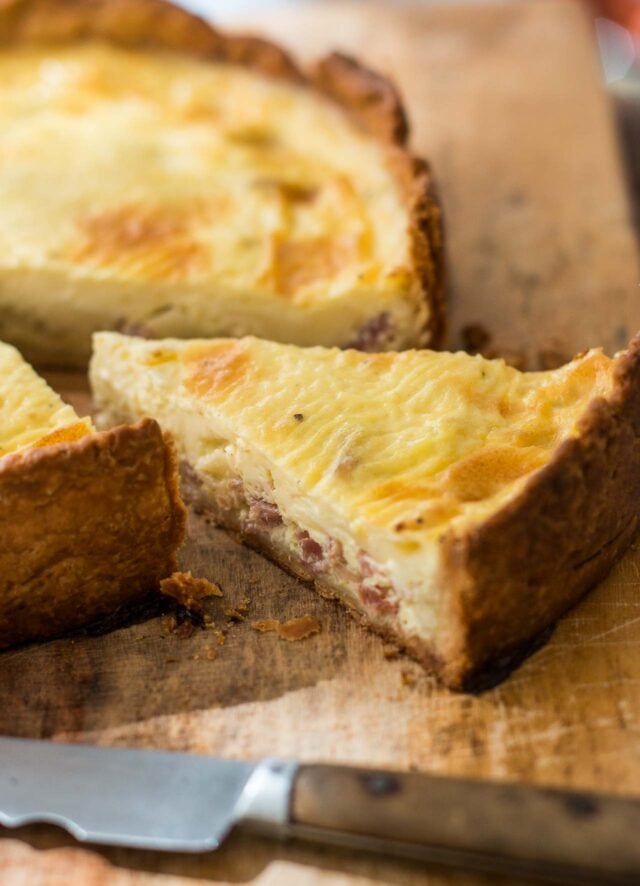 Quiche got a peculiar rap back in the 1980s when eating it was described as something that was not masculine. I’m not sure where that came from, but in France, everybody eats quiche.

As the French debate how to address gender pronouns, in a language where crème, baguette, and salade are feminine and pâté, vin, and quinoa are masculine (although quinoa is a plante céréalière, which is feminine), for no reason other than to make the language more challenging for the rest of us to learn (whether tique, the word for tick, was masculine or feminine has been hotly debated), quiche is enjoyed by tous (or everyone, which is masculine) in France, without any blowback.

Bakeries in France make and sell quiche by the slice, which is called une part because they’re triangular, not by the tranche, which are flat slices. They’re also sometimes called tartes salées, savory tarts. It’s a lot to practice for non-native speakers while waiting in line at the bakery, rehearsing the phrase carefully in your mind so when it’s your turn, you don’t make the mistake of asking for a tranche of quiche or un tarte, but the upside of getting to know the people at your local bakery is that an occasional goof isn’t the fin du monde. For those who don’t want to risk it, fortunately quiche is easy to make at home, especially in France where tart dough is sold in supermarkets already rolled out, packed in long, narrow cardboard boxes or pouches. I’m not a strict DIYer; if I woke up every morning and roasted my own green coffee beans, squeezed my own orange juice, cured my own bacon, raided the henhouse for eggs, baked my own bread, and churned my own butter, I’d be ready for dinner by the time breakfast was on the table. But I don’t mind making my own pastry, which tastes better than the store-bought stuff and to me, is worth the extra effort. 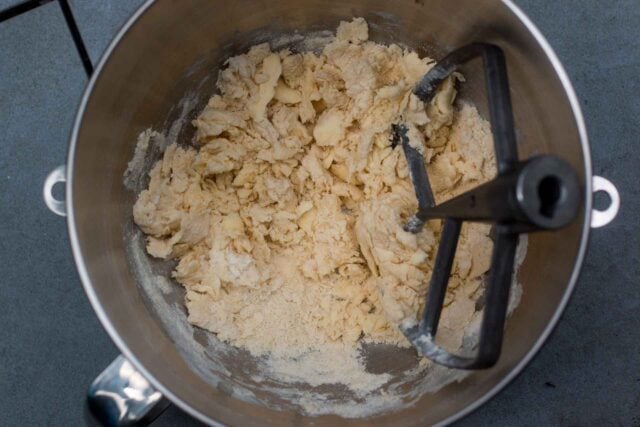 When I met Vallery Lomas a few years back, I learned she’d won the third season of The Great American Baking Show. Due to allegations against one of the judges, the network decided not to air it…like, at all. Personally, I don’t know why they can’t edit shows, to let the contestants shine as they did on Ru Paul’s Drag Race “out of respect for the hard work of the other queens.” As a fellow baker, I was sad that one of the queens of baking wasn’t allowed to shine. But no one asked me. 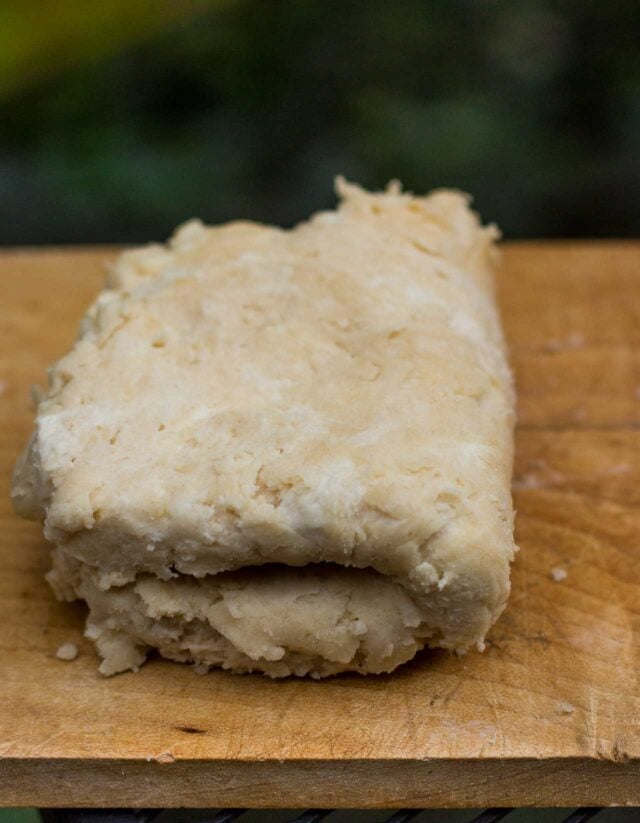 Formerly a lawyer, Vallery left the legal field to bake. Proving that hard work and talent sometimes do pay off, a year after she left her job as an attorney, she began work on her first cookbook: Life is What You Bake It. A number of factors were part of her journey, one was living in Paris, where she learned about clafoutis, madeleines, soufflés, canelés, and Parisian macarons, which are all included in the chapter En France. Back in New York, while she was a practicing attorney during the week, Vallery was perfecting her macaron skills and launched a macaron business where she made, and delivered, 1500 macarons at a time, on weekends. 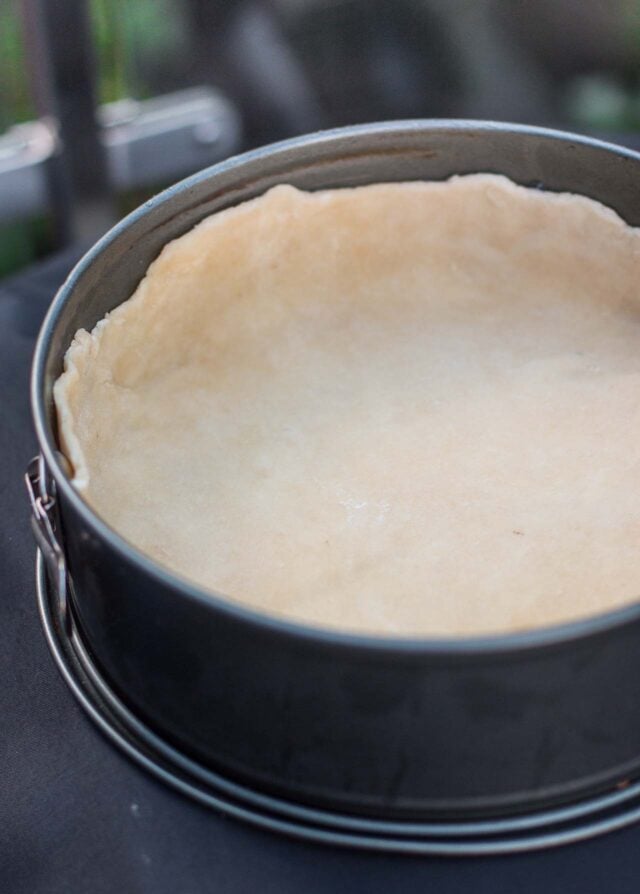 Her cookbook does double-duty as it’s also a memoir, with stories about everything from finding out the show, where she took the top prize, wouldn’t be aired, to her time living in France. Tucked in between the cakes, cookies, and tarts, there’s a recipe for Cake Pan Quiche Lorraine that looked like just the thing to bake this fall, with the weather getting chillier.

ValIery points out that her Cake Pan Quiche Lorraine is a bit non-traditional because it’s baked in a cake pan. I don’t want to argue with a lawyer (or a baking show first-prize winner), but her “cake pan” version does indeed hew to what is sold in France, where quiches and savory tartes are sometimes served in taller wedges, not always as a flat tart. The nomenclature varies but thankfully, bakeries aren’t staffed by pedants (or the grammar police, in case you mix up what’s masculine or feminine) so the nomenclature can vary. And the last thing you want to do is pick a fight with someone handing you freshly baked pastries. Trust me, you want to remain on their good side. 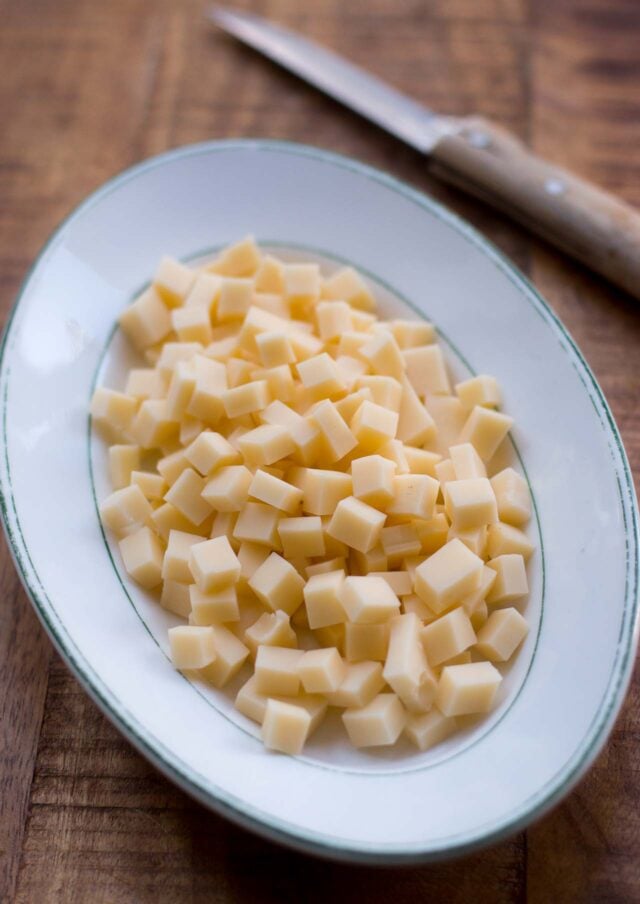 While cheese is not in the original quiche Lorraine recipe, nowadays many have cheese added. I’ve read that the original recipe was also cooked in a cast-iron pan, not in a tart pan, and was baked in bread dough, not a buttery crust. Some say quiche Lorraine also didn’t have bacon in it either. (And that it was likely invented in Germany.) I wasn’t around in the 16h century when quiche Lorraine was invented so can’t say for sure but food evolves and changes with the times and tastes.

As journalist and writer Bill Buford pointed out, legendary pastry chef Gaston Lenôtre said, “You can change anything, as long as you make it better.” And this quiche is proof of his point. It’s great. 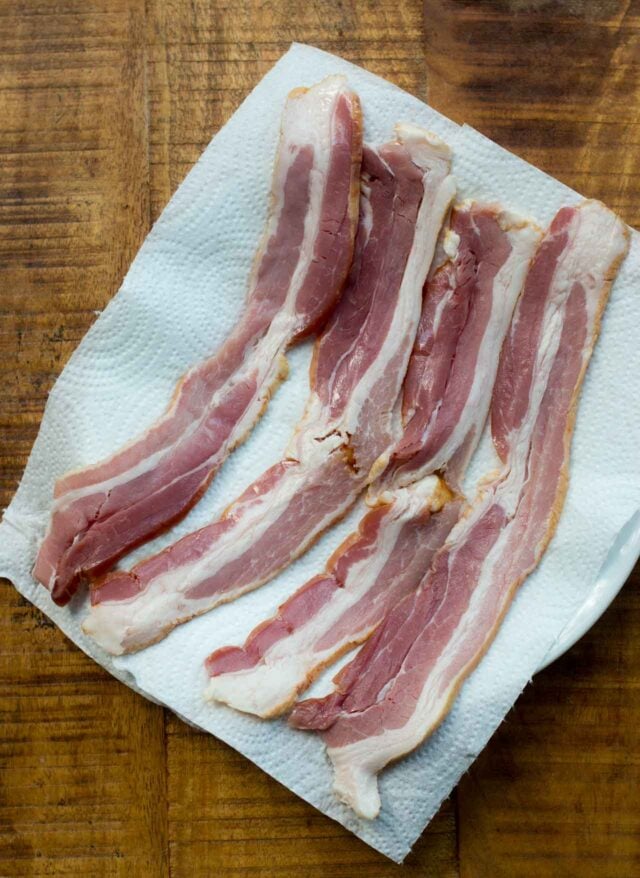 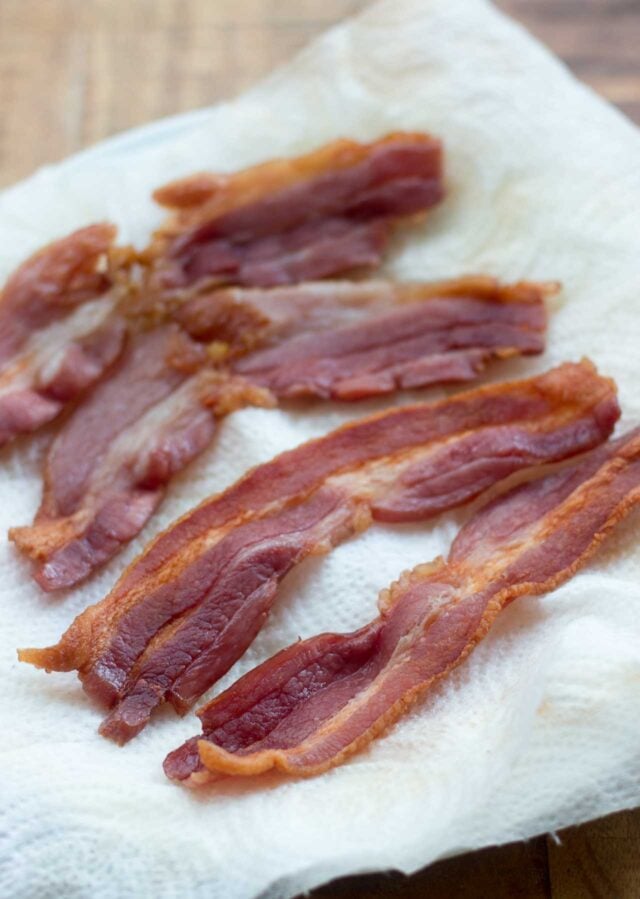 Speaking of bacon, there have been a few articles, chefs, and cookbooks recently letting you know that it’s okay not to hate your microwave. I learned it’s great for cooking corn on the cob (and saves you from pulling off all those annoyingly stringy strands of corn silk), as well as quickly cooking beets and hard squash if you don’t feel like turning on the oven for an hour. Barbara Kafka roasted eggplant in it and famously made risotto in the microwave. Although I still make risotto on the stovetop, I’ll often fire up the micro-onde for making bacon, since it’s less messy and produces very tasty strips of bacon. 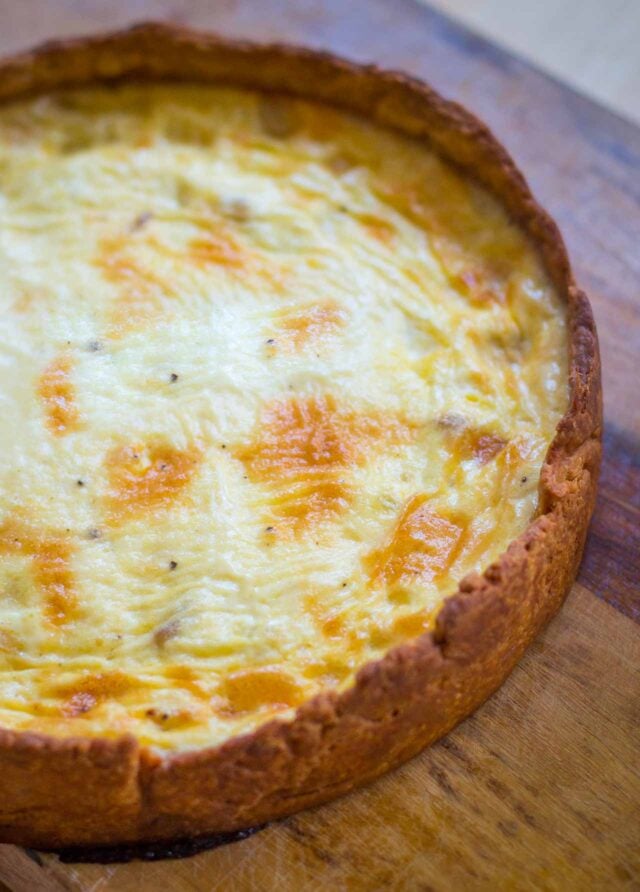 Like the French, Vallery isn’t a stickler for homemade tart dough so if you want to shave some time off making this quiche, go for it. And if you’re not into the cheese, that can be omitted as well. But I followed the advice of Lomas and Lenôtre, and loved this quiche just as it is. If you give it a go, I think you’ll agree. 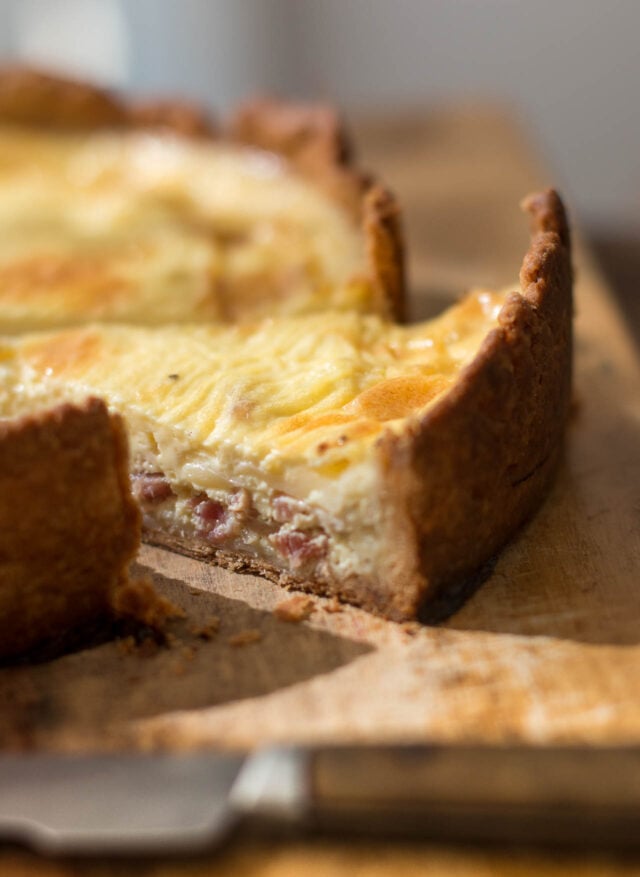 Adapted from Life is What You Bake It by Vallery LomasI made a few changes to the recipe, adding more bacon (sorry/not sorry), and dicing the cheese, rather than grating it, so there would be little pockets of cheese inside the eggy custard. I'm not convinced it made a difference so you could do it either way. Vallery doesn't turn up her nose at store-bought crusts, and she's not alone; pre-made tart dough is very popular in France and every supermarket has several varieties, including tart pastry (pâte sucrée), pie pastry (pâte brisée), and puff pastry (pâte feuilletée), sold in rolls, like aluminum foil. I don't buy them regularly, but feel free to use one if you wish. I do recommend using an all-butter one. If you'd prefer to cook the bacon in a skillet, cut thick-cut bacon or pancetta into bite-sized cubes and fry them in a skillet until crisp. Drain them on a paper towel, tip most of the oil out of the pan (reserve about a tablespoon in it), and use the bacon fat for frying the shallots or onions, rather than butter.Although Vallery makes it a point to note this is baked in a cake pan, which is how they are often cooked in bakeries in France, if you only have a relatively deep 9-inch (23cm) tart or pie pan or dish, you could use that instead.
Course Main Course
Cuisine French

For the quiche filling

Serving: The quiche can be served warm or at room temperature. It's typically served with something like a green salad or steamed green beans.
Pin489
Share2K
Tweet
2K Shares