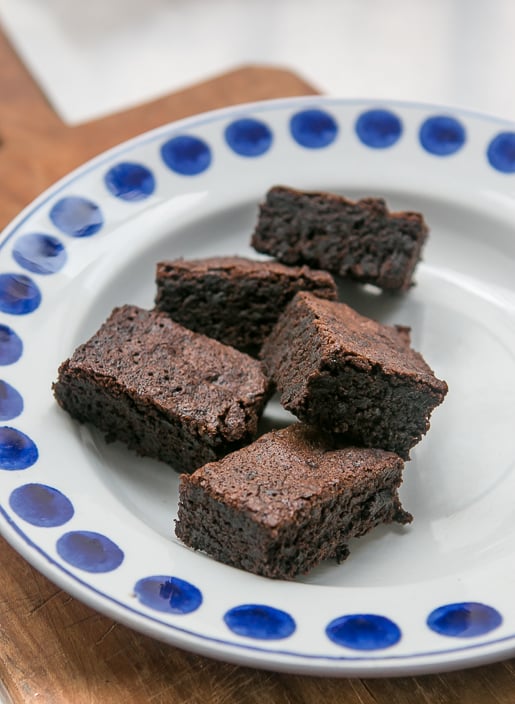 When I was in Brooklyn a few months back doing a booksigning with the lovely folks from The Brooklyn Kitchen, a friendly woman came up to me bearing a box of treats from her bakery. I don’t like to eat in front of people, because, frankly, no one wants to meet up with an author while he is shoving pastries in his mouth. And in this day and age of people wanting pictures, I’ve learned that absolutely no one looks good when they’ve got a mouth full of food. And I have a hunch that there are a bunch of photos tagged with my name on them, around the internet, that will prove that. 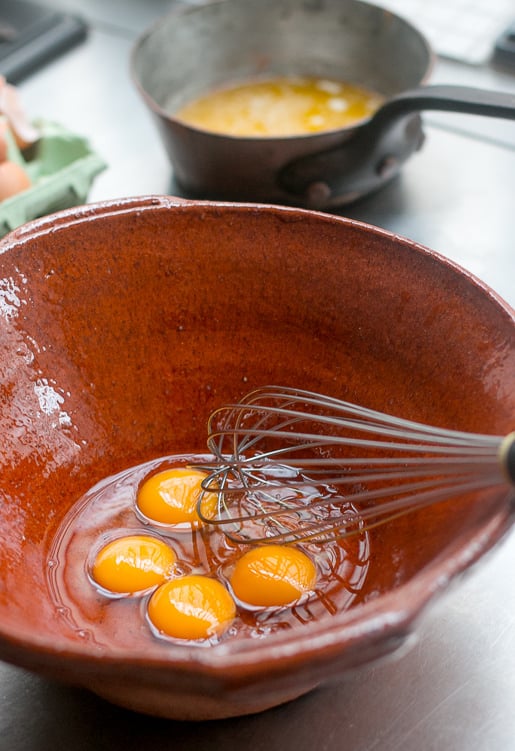 However as soon as everyone had left, and no one was looking (especially those with cameras) I tore open the box, which was packed with treats from Ovenly, a bakery in Brooklyn. Although everything inside looked good, I plucked out the deepest, darkest square of whatever, and unwrapped it. 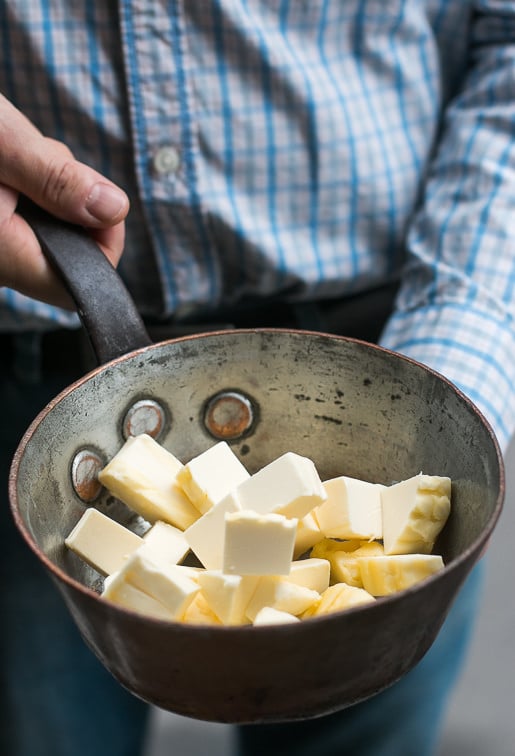 Since no one was looking, I dove right in. (Okay, I was planning on offering the others on the staff some tastes, but figured since I was the guest, they’d understand – I hope – that I was going to help myself first.) And let me tell you, that was one excellent brownie. It wasn’t overly sweet, or cakey. Instead, it was a moist square loaded with very intense chocolate flavor. When I saw the recipe in their book, I learned their sweet (and salty) secrets. 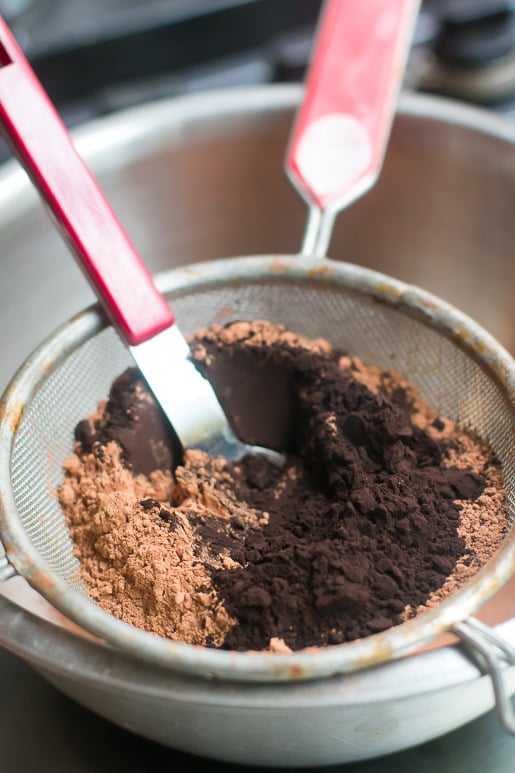 That biggest secret to the Ovenly brownies, from their book, Ovenly: Sweet and Salty Recipes from New York’s Most Creative Bakery, was black cocoa powder. Black cocoa powder isn’t something one comes across every day, although a while back, Hershey’s was selling one called “Special Dark,” which they’ve since discontinued. But if you’ve had Oreo cookies, you’ve had black cocoa powder; it’s what give the outer cookies that dusky, dark, cocoa-rich flavor. 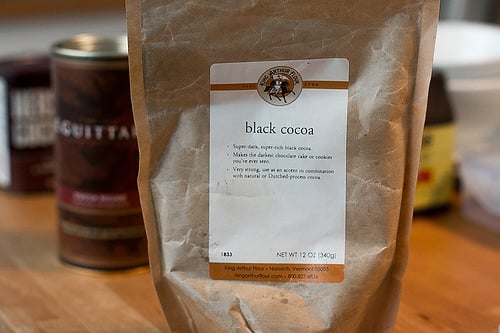 Black cocoa is made by heavily Dutching (alkalizing) cocoa powder until it becomes, well – black, and has a very intense flavor. However because it loses some of the chocolatey notes one finds in regular cocoa powder, as well as its acidity, it’s usually mixed with cocoa powder in recipes, to give baked goods the best of both worlds. (And no, that’s not what they mean by “going Dutch.” But I suppose we bakers could work on changing that?)

My search for it, however, was not as straightforward as I thought. And I was surprised when I was in Manhattan, a city where just about everything is available and went into the well stocked N.Y. Cake, a great address for bakers in New York. (They’ve sinced closed their shop and only do mail-order business.) Not only did they not have black cocoa powder, the salesman didn’t know what it was. (He tried to offer up black chocolate “pearls,” bead-like balls of glossy chocolate candy, which don’t quite resemble cocoa powder.) 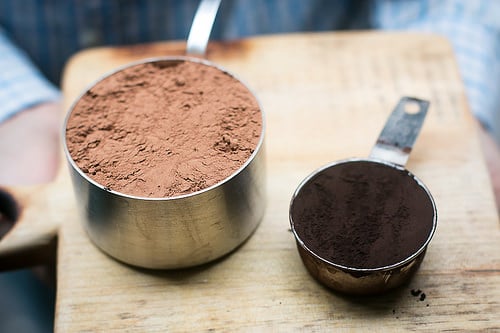 Fortunately the baker’s web runs far and wide, and most of us are always willing to help out a fellow baker in a pinch. And Matt Lewis of Baked hooked me up with a bag from his personal stash. With it, I made these brownies a couple of times. The first time I used an 8-inch (20cm) pan, since I wanted brownies that were deeper than the ones they make at the bakery. And I dialed back a bit on the sugar since people are often wont to ask me if they can do that. My response is always that I don’t like to recommend something unless I’ve personally tried it. So once, just this once – ya got that? – I can say for sure that it isn’t okay to dial it down, because I did it and preferred the second batch I made, following the amount in the recipe. 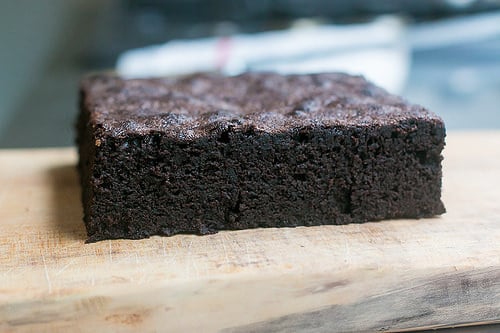 I did like the heft of the blocky brownies on my first go-around, but gave them another go, using the wider pan that they recommended. After tasting them both (repeatedly…) I decided that I liked the deeper pan brownies best. So for those that can’t resist tinkering with recipes, you can tinker with the pan size just fine.

In addition to people asking me about changing or swapping out ingredients, another FAQ is “What do you do with all that stuff that you bake?” After having brownies as part of my “extended breakfast” for a few mornings in the recent past, I packed the rest up and gave them to neighbors and to Romain to bring to work. I did, however, keep a few back for myself. And fortunately, I still have a little bit more of that black cocoa leftover, enough – I think (and hope) – to make just one more batch. 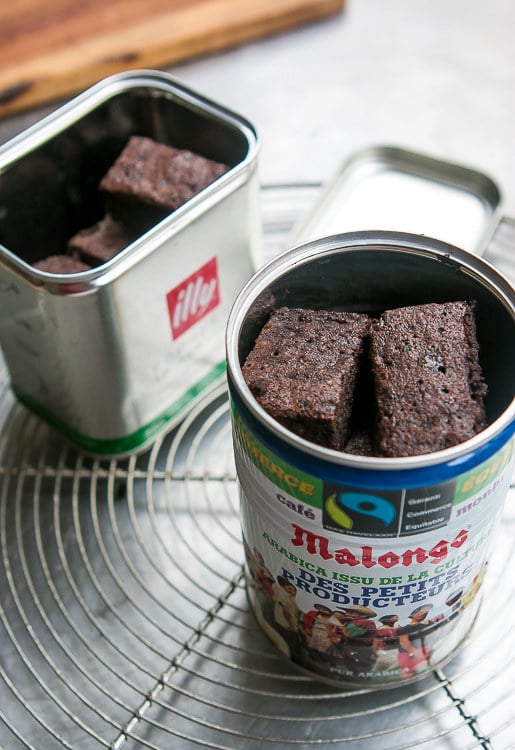 Adapted from Ovenly: Sweet and Salty Recipes from New York’s Most Creative Bakery by Agatha Kulaga and Erin Patinkin In addition to the black cocoa powder, the original recipe calls for “natural” cocoa powder, which is cocoa powder that hasn’t been alkalized. If you’re not sure, look at the ingredients; if there is no alkalizing ingredient added (such as potassium bromate or carbonate), it’s likely to be natural cocoa powder. Supermarket brands in the United States are usually natural cocoa, although bean-to-bar makers ScharffenBerger and Askinosie, make natural cocoa powder as well. I’ve not seen natural (non-alkalized) cocoa powder in Europe, but since there is no leavening in the recipe, I am pretty certain you could make it with Dutch process cocoa powder. (But like I said, I’m not wont to recommend something without trying it first. But I’m reasonably sure that would work.) For more about cocoa powder, check out my Cocoa Powder FAQs. In that vein, since black cocoa is not likely something you’ll come across outside of the U.S. (and it’s not so easy to find in the U.S. either – I’ve listed some sources at the end of the recipe), you could try the recipe out using 1 1/4 cups (125g) total of cocoa powder, the darkest you can find. Valrhona is a very good brand of dark cocoa powder.
Servings 12 brownies

Storage: The brownies can be made up to five days in advance and stored in an airtight container. Like most baked goods, they’re best eaten within a couple of days. Then can also be frozen for up to two months, if well-wrapped. Black cocoa powder is available at King Arthur Flour (which ships internationally), Savory Spice Shop, Chocolate Man, and Amazon. (I wasn’t able to find anywhere in France or in Europe where black cocoa powder is available, but be aware that if you search, noir is often translated in chocolate terms to mean “dark,” rather than “black.” Hence you’ll often find chocolat noir translated on packages to “black chocolate” in English, which is, in fact, dark chocolate.)

A Visit with Agatha and Erin of Ovenly (The Kitchn)