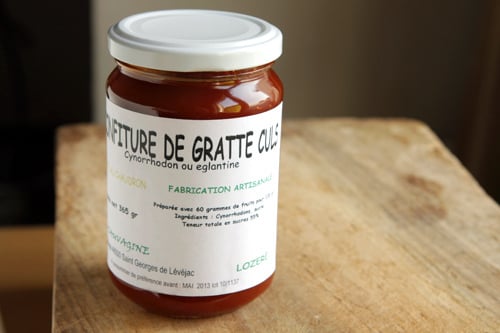 I’ve sometimes been surprised by how cavalier bodily functions are discussed in France. I consider myself a pretty open person, but sometimes things get discussed that make me a little uncomfortable. And I’ve learned that being undressed in front of others is no big deal. I’ve always been fine with public nudity—well…as long as it wasn’t me—but I’ve had to modify that stance a little since I moved here.

Last week I went back to my sock store and they had a man come and measure my legs. (That may be because my last visit probably sent the elderly salesclerk into her early retirement.) I stripped down to my euro-briefs and he ran that tape measure up and down my legs and around my calves, at one point using his thumb to firmly hold the end of the tape measure down on the end of, um…somewhere relatively private…that would not have made me all that uncomfortable except he did it with all the care of someone trying with great purpose to jam a thumbtack into a concrete wall.

So when I was walking home (which kinda hurt), I passed a store that specialized in products from the Auvergne. The Auvergne is the central region of France and the people from are known as being particularly hard-working and industrious (which is a quality that is both admired, and frowned-upon) and historically many of the cafés in Paris were owned by people from the Auvergne. And if you’ve ever had a salade Auverngate, which is basically a hill of meat and cheese cut in large cubes and piled high atop a few measly leaves of lettuce, you know they have to work pretty hard to merit calling that a “salad.”

In the window were a line-up of jam jars, which I read as I was walking by. But as I got just past the store, and I stopped and went back for a look.

“Did that say what I think it said?” I thought to myself.

The jam was Confiture de Gratte Culs, which translates literally to “Jam of Scratchy Backsides.” And according to what I read, it’s because rose hips (also called eglatines, or cynorrhodon…which is one of those words I think that you have to be French to be able to pronounce) have fuzzy seeds inside that must be removed before you eat them. At least if you want to avoid a scratchy you-know-what.

I took this to the master of French language and culture, ie: Romain, to ask him more about it. And yes, it’s true – that’s what it’s called.

“C’est normal, Daveed. The French are très provinciaux”, he replied, meaning that the French are “provincial.” Because I’m a rationalist and want to get to the proverbial bottom of this, I say, “Okay. Hypothetically, let’s say you were invited to the home of someone very chic and very bourgeois, like someone who lived in the 16th, and they were offering you some of this jam. Would they say over breakfast – “Would you like some scratchy-backside jam on your toast?'” 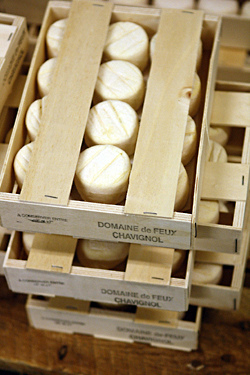 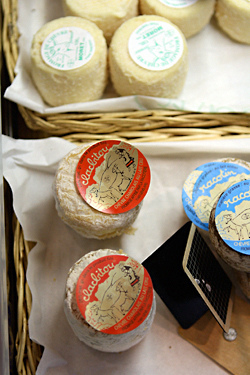 “C’est normal! Of course they would” he said. Which also got me thinking about another word used frequently around (and sometimes stepped into) here: crottes. Les crottes are what animals leave behind. And if you need further explanation, here’s a more spot-on, although not an especially more appetizing, translation.

So a Crottin de Chèvre round of goat cheese is literally a “goat dropping”, meant to refer to its shape and appearance. (Although Wikipedia says it may also refer to “small oil lamp made from burned clay, which resembles the mold used to prepare the cheese” which sounds a bit more far-fetched. I’m not so sure about that. At least I see the farm-animal connection with the first definition.)

Pissenlit came up recently as well, since I posted a dandelion pesto recipe. The name is a mash-up of “piss on lit” or “bed-wetting” due to the reputed diuretic properties of dandelion greens. It’s seems to work in French but I can’t imagine going to a market in America and asking the vendor to give you a bag of the “bedwetting greens” without getting some funny looks.

I haven’t tasted my jam yet, but I ate all my dandelion pesto without incident. However anything that says “scratchy butt” on the label I’m keeping in a closed cabinet—tightly capped.