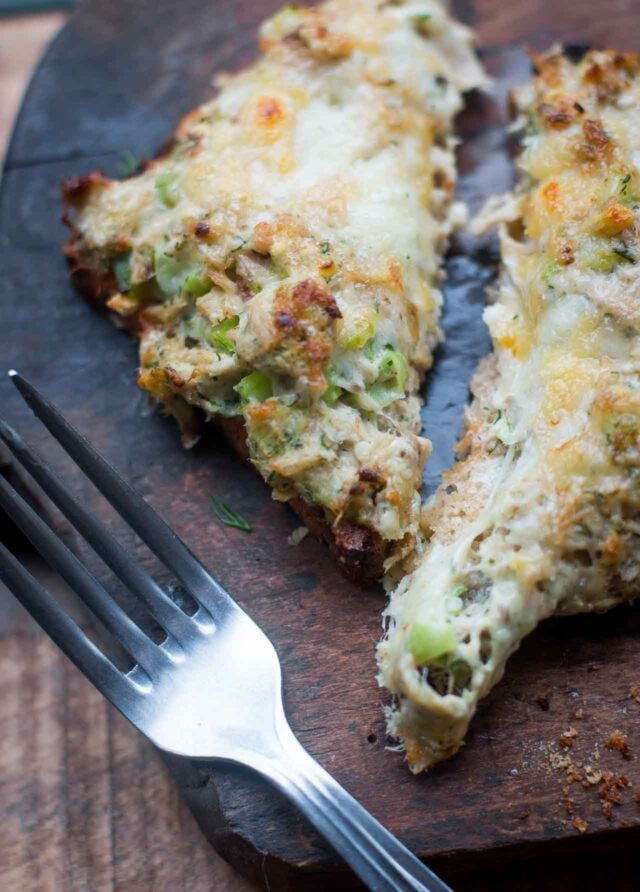 It’s funny some of the dos and don’ts that people have come up with around food. Things like that you shouldn’t wash button mushrooms, that you should drink red wine with cheese, and that you shouldn’t let soap anywhere near your cast iron skillet. Nope, nope, and nope. Not sure where these things get started, but people grab the ball and run with it without turning around to realize they are completely off the field.

Another thing you hear a lot is that fish doesn’t go with cheese. In addition to Moules au Roquefort (mussels with Roquefort) in France, Shrimp Saganaki (with feta) from Greece, and Machas a la parmesana (clams with Parmesan) from Chile, the Tuna Melt is a popular sandwich in the States. However, I do draw the line at les sushis restaurants and decline the bœuf fromage brochette that comes with yakitori assortment plates in France, and ask if they can swap it for a second roasted duck. I love melted cheese, and I like sushi. I’m not sure I want them in the same meal, but à chacun son goût…to each their own taste. 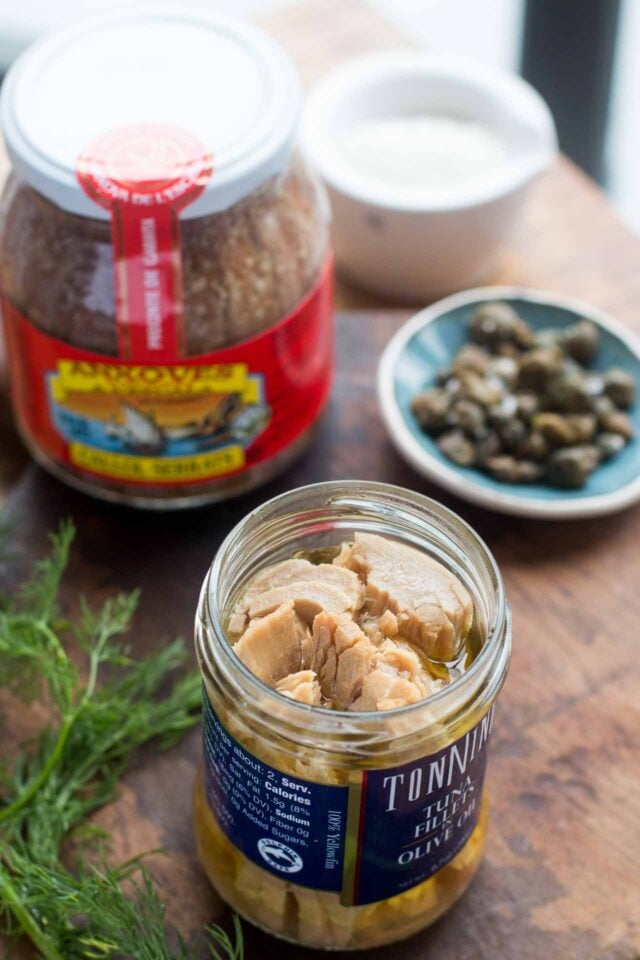 I haven’t made a Tuna Melt in quite a while. At the beginning of the pandemic I stocked up canned tuna and when I told a French friend she might want to do the same, she replied, “But what do I do with it?” The canned tuna aisle in French supermarkets is similar in size to those in the States, but to be honest, I never thought about how French people eat canned tuna at home. I know they aren’t baking up Tuna Casseroles but bakeries do have Tuna Sandwiches to grab for lunch next to the Jambon-beurre and it’s part of a salade Niçoise. And I did bookmark this very tasty-looking recipe for Tuna Fish Cakes from my friend Pascale, although she admits they’re inspired by les pays anglo-saxons, or English-speaking countries. 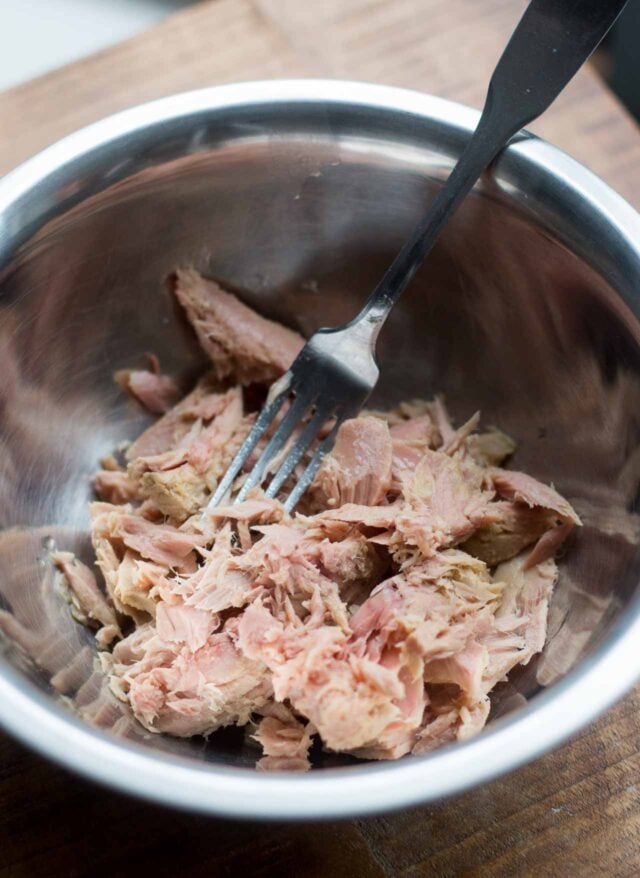 But what inspired me to revisit the Tuna Melt was Modern Comfort Food by Ina Garten. I don’t know how she did it, but she managed to come out with the right book with the right idea at the right time. Ina, as we all call her, is the real deal and shares glimpses of her life, even in lockdown, on her unfiltered Instagram page. In her latest book, her finger remains squarely on what we all want to eat right now, and while I bookmarked her Boston Cream Pie and Tuscan Turkey Roulade, it was the Tuna Melt that lured me in.

Ina is famous for presenting do-able recipes using ingredients that are easily available, although she admits that she likes fancy jarred tuna. I shelled out a few extra bucks for that, but could not find the microgreens that she uses as a garnish. But neither of those are deal-breakers and honestly, it’s a Tuna Melt.

She also isn’t shy about using mayonnaise liberally. I was one of those odd kids that didn’t like mayonnaise and always choose mustard for my sandwiches rather than mayo. (I still remember when I had lunch at a friend’s house and his mom put something called Miracle Whip on our sandwiches, which – with apologies to Miracle Whip fans out there – in the words à la mode of Moira Rose, “It’s an experience I shan’t revisit.”) 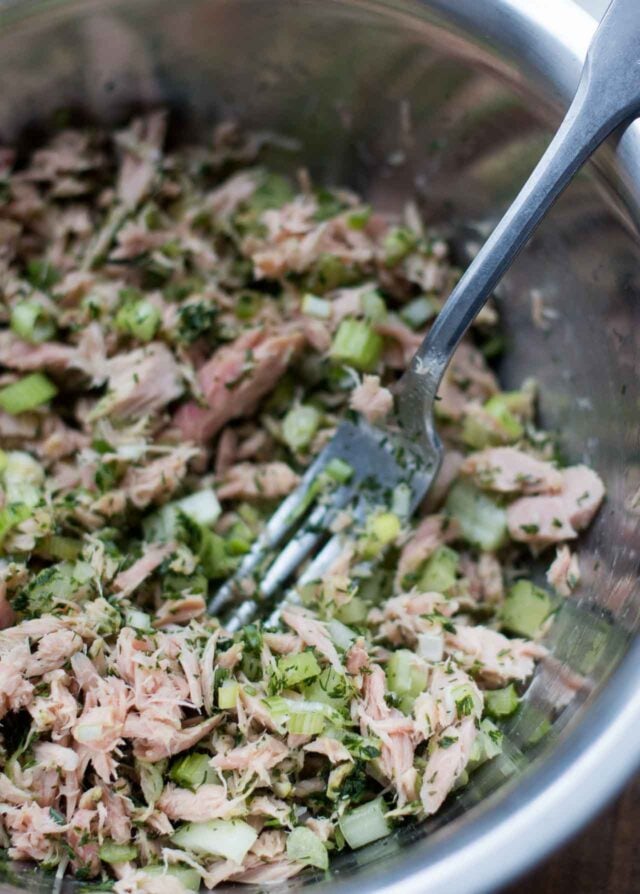 I’ve since come around to the mayo side, especially since French store-bought mayonnaise is so good! It has a dab of Dijon mustard added which gives it a particularly wonderful flavor. I can’t confirm if it’s the mustard or what, but it’s really good. Ambitious types could make their own mayonnaise, which I do when I make aïoli, but store-bought has a “stand up” quality to it, which makes it good for tuna salad where you may not want a mayo that’s too runny.

I tweaked the recipe to my taste. Ina recommends an optional teaspoon of anchovy paste but I added chopped capers to lend a similar salty brininess that compliments the tuna. I dialed down the mayo because I like my tuna salad to focus more on the tuna than the binder, although I know that a lot of people like tuna salad heavier on the mayo than I do. 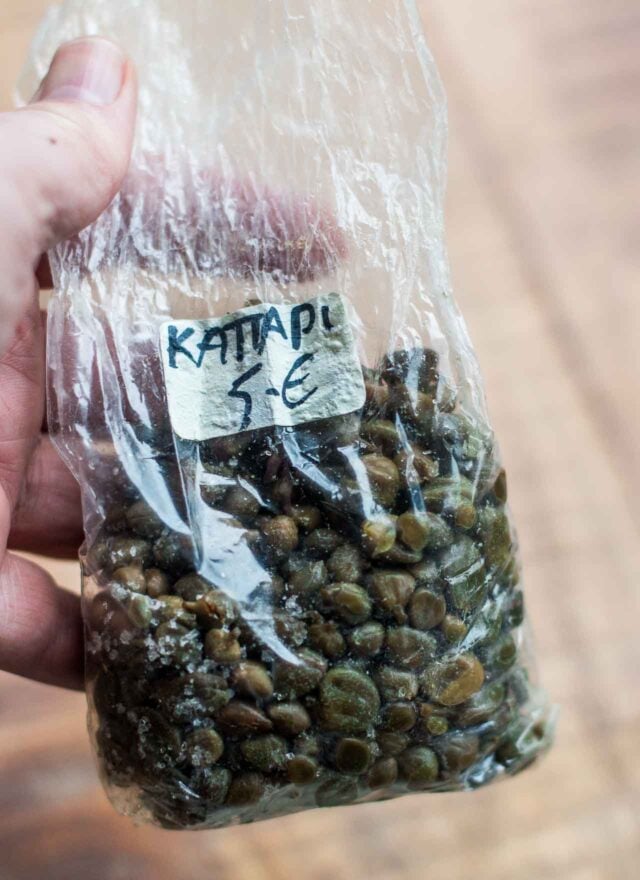 I also like to use Swiss cheese, or what’s generically called “Swiss cheese” in the U.S. Cheddar is somewhat crumbly and doesn’t always melt as smoothly. So I like a cheese such as a young Comté, Gruyère, or Emmenthal, but similar cheeses would work, including Jarlsberg, Jack, and yup, cheddar, if one of those is where your loyalties lie. White bread is rather nice but any firm but not super dense bread will do. Pullman, pain de mie, Jewish rye, or a hearty or whole-grain sandwich-style bread all work just fine. 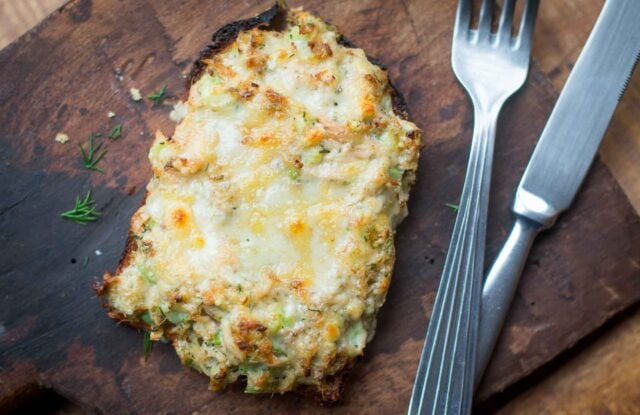 Adapted from Modern Comfort Food by Ina GartenI like to add enough mayonnaise to let the tuna shine so reduced it from the original recipe, which called for 3/4 cup. I found 1/2 cup was just right for me but you may want to start with 1/3 cup and add more from there.Although I gave it a go with jarred imported tuna, I think that tuna shines when served on its own, and less-so when tossed with mayo and other condiments. So feel free to use a good-quality jarred or tinned tuna packed in oil, preferably one that's responsibly caught. (A guide to a few brands in the US and in France.) I offered some ideas for what kinds of bread and cheese you might to use in the post, but for those who don't like dill, you can swap out another herb such as chives, parsley, chervil, or tarragon, although since tarragon can be quite strong, I'd start out with half the amount called for and add more to taste.
Course Main Course
Servings 4 servings
Pin811
Share4K
Tweet
5K Shares