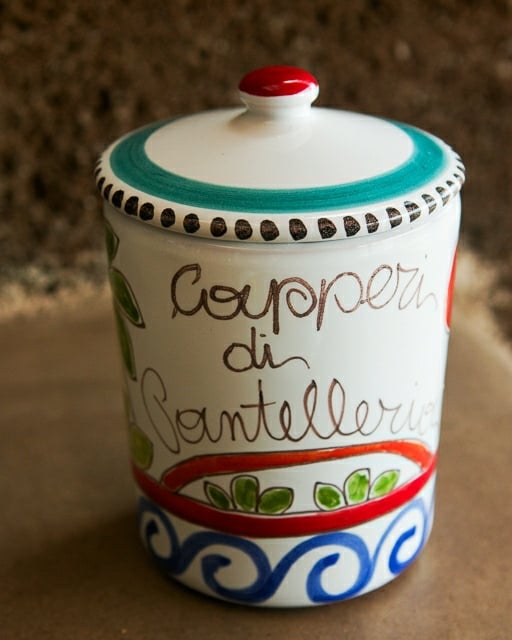 There were two things I heard repeatedly about Pantelleria before I got there. First: every person in Sicily told me I would love it; second: I had to try the capers, which wasn’t difficult, considering they were everywhere. 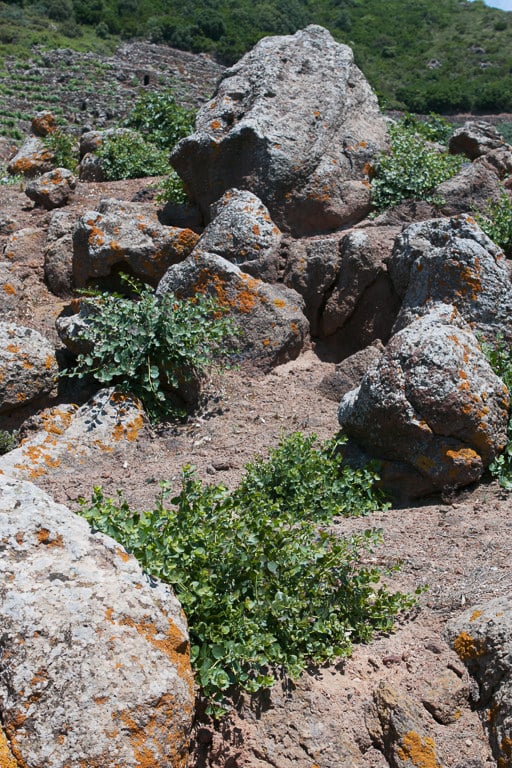 And I don’t mean in shops or on restaurant menus. I mean, they’re growing everywhere on Pantelleria; on the sides of roads, around stores and buildings, on craggy pathways, and next to the stone walls that run up and down the hills of the island. 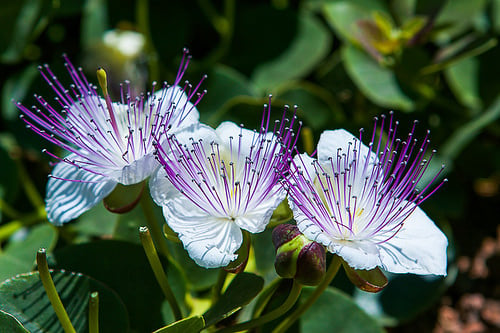 A long time ago, an uncle in New England told me a pretty funny story. He was making a recipe that called for “pickled capers.” But he decided that he’d improve the recipe by using fresh. He looked in shops and grocers for fresh capers all over town, and couldn’t find any. 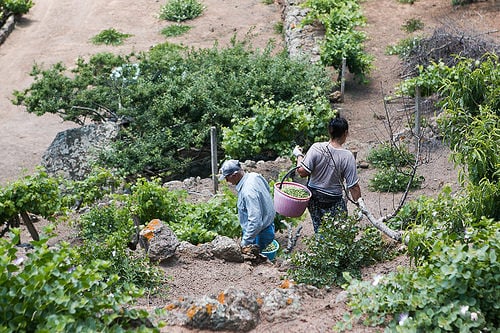 While capers grow in several countries around the world, and there may indeed be a plant tucked away in some greenhouse in Connecticut, I don’t think you’ll have much luck finding them fresh, as you so easily can, in Pantelleria. 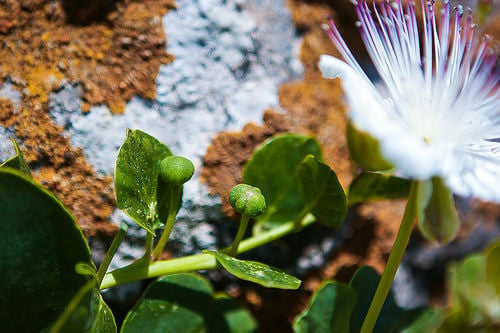 But no one eats fresh capers, which are the unripened bud of a flowering plant. (Sorry, I didn’t try one. Even in the name of “research.”) Capers are, indeed, pickled — often in vinegar — before being ready to eat. But in Pantelleria, the only ones I came across were salted, using the prized sea salt from Trapani (in Sicily), which the man at the caper cooperative told me was the only salt you could use for preserving capers. It’s nice to know there is locavore spirit, even in places where the word likely doesn’t have any translation. (And frankly, doesn’t need it.) 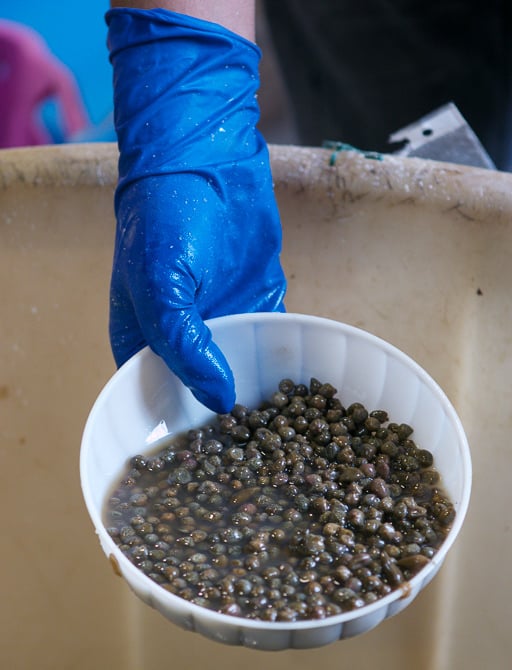 The salting process takes two to three weeks and when the buds are pickled (either in salt or vinegar), mustard oil (glucocapparin) is released from the bud, which gives the capers we buy their distinctive little zip to recipes. Capers that you cook with, or use in salads and elsewhere, should always be rinsed well (even the ones in jars), and squeezed dry. 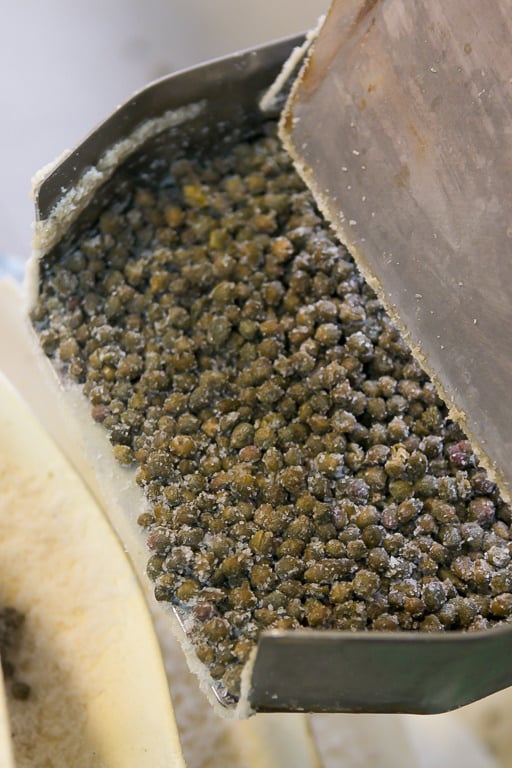 Interestingly, I did taste some of the salt that they used to prepare the capers and they did have a remarkable affinity for each other. So without any chauvinism or bias, I’ll hand that one to the Pantelleria caper cooperative. 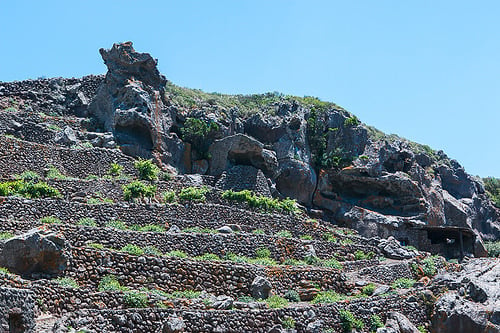 My friend Giovanni, who knows everything about the island, took us to a caper farm. Because Pantelleria has volcanic soil, which is high in minerals, its capers are very flavorful and many consider them the best in the world. 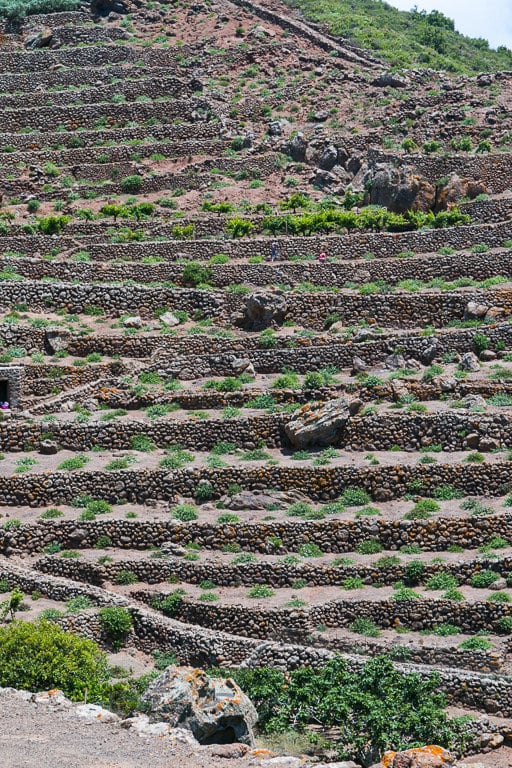 After driving up a hill, we got out and climbed the stone steps to visit the caper pickers, who spend their days in the hot sun, hand-picking each and every little green bud. The smallest buds are the firmest and choicest for pickling. 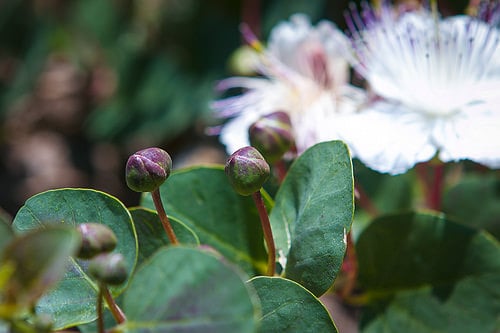 If left on the plant, they grow large and turn purple. 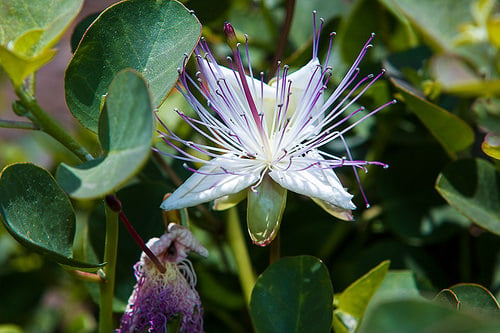 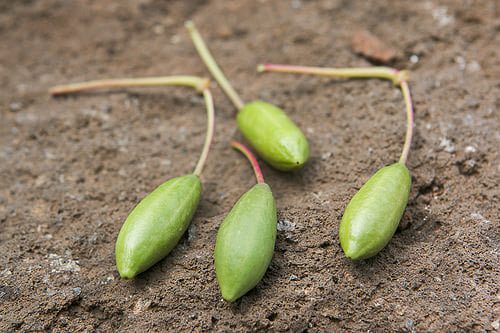 After the plants flower, an elongated caper berry (also called a caper fruit) forms, which are pickled and enjoyed as a little nibble with aperitifs, although Giovanni told me they’re excellent in martinis. So, of course, I bought two large bags. 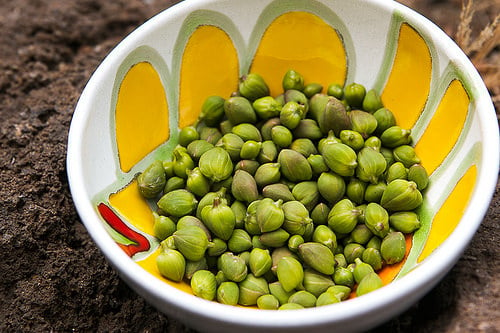 Lest you think I don’t appreciate what goes into the food I eat (and the cocktails I drink), on my last day on the island, I decided to preserve my own capers. Of course, I only wanted the smallest, greenest caper buds. So I braved the sun, found some bushes (which isn’t hard in Pantelleria), and started picking, assuming that in a few minutes, I’d have a surfeit of capers. 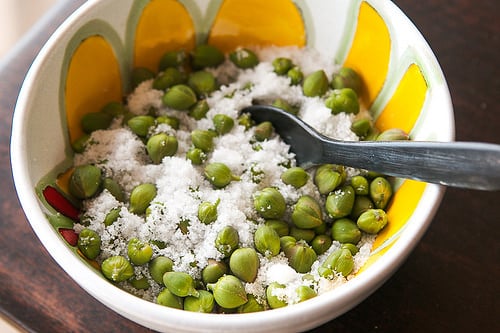 And after about 30 minutes in the intense Sicilian sun, I ended up with not only a sunburnt neck, but a meager half bowl to show for my efforts. Still, I mixed them up with some crusty salt from Trapani, put them in a jar, and took them home. They’re on their first week and I hope they turn out okay. If not, I have a pretty good supply, picked and pickled from the pros in Pantelleria, as back-up. 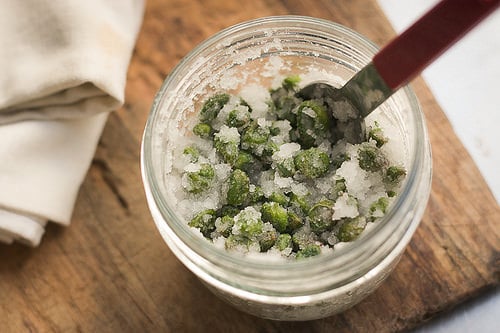