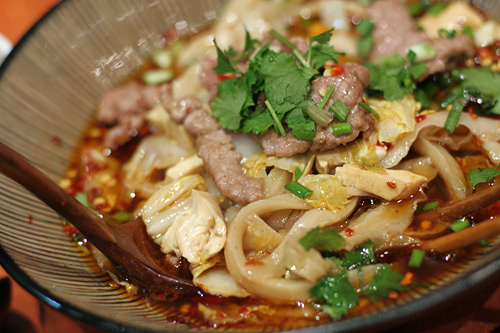 A few weeks ago, I went to hear Alec Lobrano speak and read from his terrific book, Hungry for Paris, and someone asked if there were ethnic restaurants listed in the book. He replied that he didn’t include them, because most visitors coming to Paris probably are looking for French food, so that’s what he concentrated on.

He’s right, of course. Lots of visitors do come here specifically to dine on classic French fare, but I also know that there are a certain number of visitors that eventually tire of so much meat and rich food, and are willing to explore some of the more unusual and diverse food available in a multi-cultural city like Paris. I also think that Americans (at least this one) are hard-wired to eat ethnic foods, namely anything Asian. Living in California, sushi, Korean bbq, and bun bo are pretty much a part of my normal dietary fare.

Since I arrived in Paris, I’ve noticed a strong uptick in the quality of Asian restaurants here. And I’ve also noticed there’s much more of an appreciation of them, too.

The French are known for adopting foods to their own tastes, hence the sunny-side up eggs atop the burgers and le fromage in bento boxes at Japanese take-outs. But great, authentic places abound in the 13th arrondissement as well as on the rue St. Anne. So it’s kind of odd that Les Pâtes Vivantes is near the Grand Boulevards, where it’s hard to miss, because usually the fellows are in the window, twirling their hand-spun noodles. 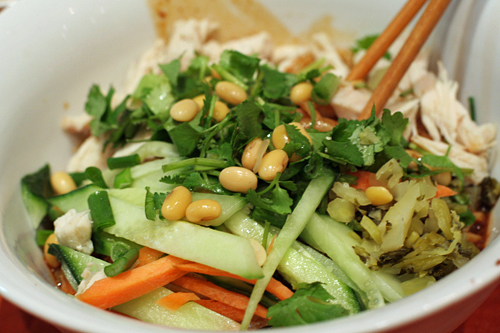 Not only is Les Pâtes Vivantes not expensive, but a bowl of their handmade noodles in soup, or stir-fried with beef, tofu, and chili pepper, is pretty satisfying, especially when the temperature dips as much has it has been lately. Although those with less-tame palates than some of the locals may want to ask them not to hold back on the spices, if you don’t mind a bit of fire. But whether you like it spicy or cool, or you’re like me and prefer a bit of both, you’ll likely find me there next summer (or sooner) slurping up a bowl of their cold, slippery sesame noodles.