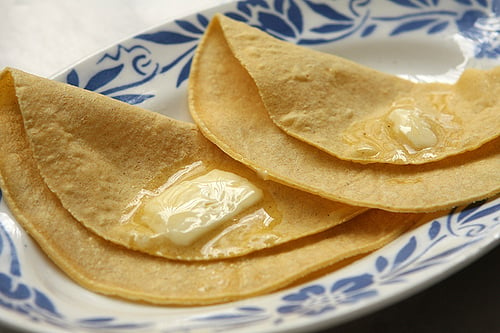 So we’ve had the first bean-to-bar chocolate maker open in Paris. And now we have homemade tortillas. Or as I call them, “Two more reasons to stay put.” Which also means I can give the valuable luggage space I was devoting to lugging corn tortillas back from the states to something else – like pecans and memory foam slippers. 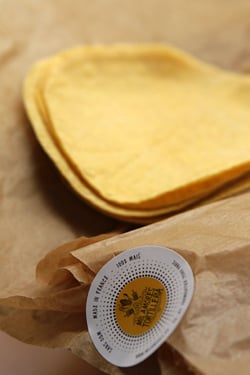 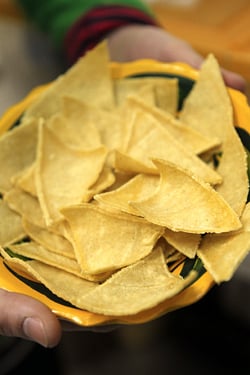 Opened by a team that includes Luis Rendon who makes that great Mexican fare at Candelaria, they’ve pieced together what they told me was the first (and only) tortilla maker in Europe*. And now, Mil Amores Tortilleria is running at full speed, filling orders for those of us who have been patiently waiting ever since they started sending cryptic notes about their opening.

Heading over there on a Saturday afternoon, I’ll admit when I walked in, that I got more than a little excited when I saw the tortillas cut into triangles. (And wondered how fast I could race home and pound out a batch of guacamole.) I asked if they were going to sell them already fried, and they told me that people actually preferred to get them uncooked and do it themselves. I’m not big on deep-frying at home, so am hoping they’ll share the names of some of the restaurants that do. Or that someone will step forward with a deep-fryer and have a chips and salsa (and margarita) fiesta en casa. 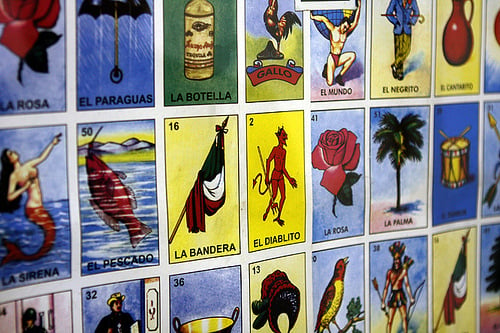 If you’ve ever scratched your head over some of the less-than-authentic Mexican food in Paris, you’ll be happy to hear they’ve already had a ton of restaurants putting in orders. But anyone can order fresh tortillas, no matter who you are. Even if it’s just one of you. If you live in Paris, you can pick them up on Saturday afternoon, or they’ll sous-vide them and express mail tortillas to other parts of the city and metropolitan France. 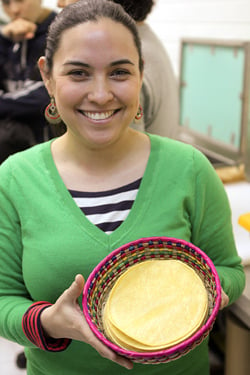 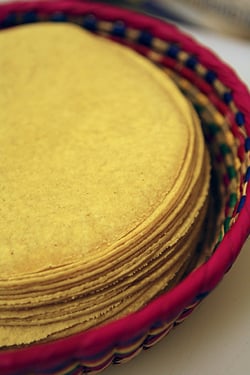 They are rolling out fresh corn tortillas in two sizes (14 and 16 cm, for €10/kg), and you can choose from either white or yellow corn tortillas. (Blue will be coming.) They’re gluten-free, so for folks who can’t eat bread, perhaps we’ll be seeing warm tortillas being offered in lieu of bread baskets around town? And I can certainly imagine some grated Mimolette or Comté cheese being melted over the top for a little afternoon goûter at home. 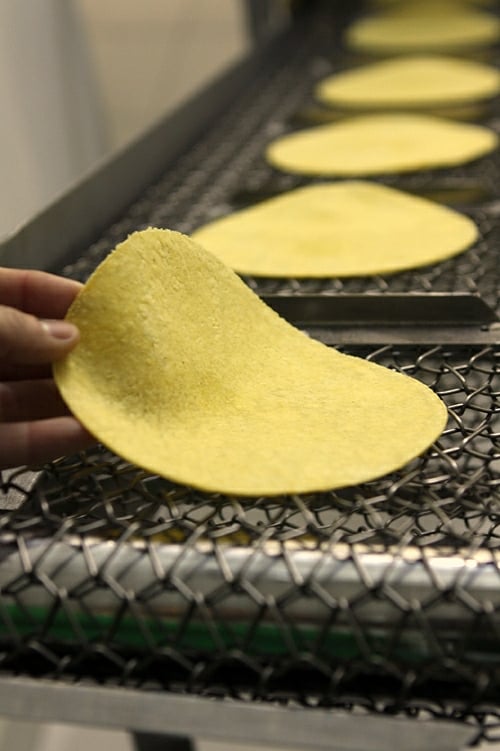 I asked about their capacity and they said they can pump out 22 kilos (48 pounds) of tortillas an hour and each kilo makes 50 tortillas, so I’m getting ready to test that with my next order. And on my way out, they gave me a paper-wrapped stack of tortillas, which I had a little trouble getting home. It wasn’t because they weren’t wrapped well enough, but I really was looking forward to racing home to try one. 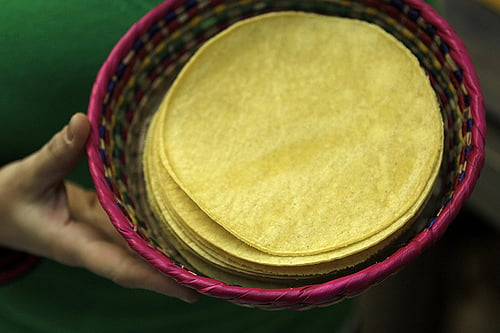 Once inside, I heated up my cast iron skillet and give them a quick once over on each side, then dropped a few pats of French salted butter on top. I waited a moment for them to start melting, then I dug in. It was a pretty great combination and I hope the partnership is long and fruitful. 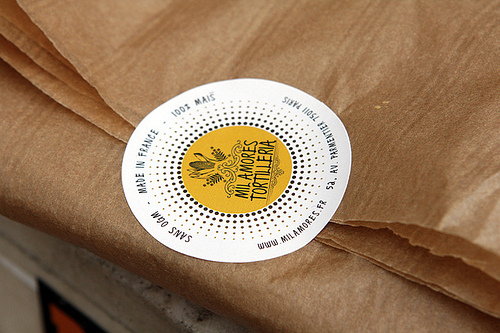 *UPDATE: A few European readers mentioned tortilla-makers in a couple of other European countries, which you can find by scrolling down in the comments.