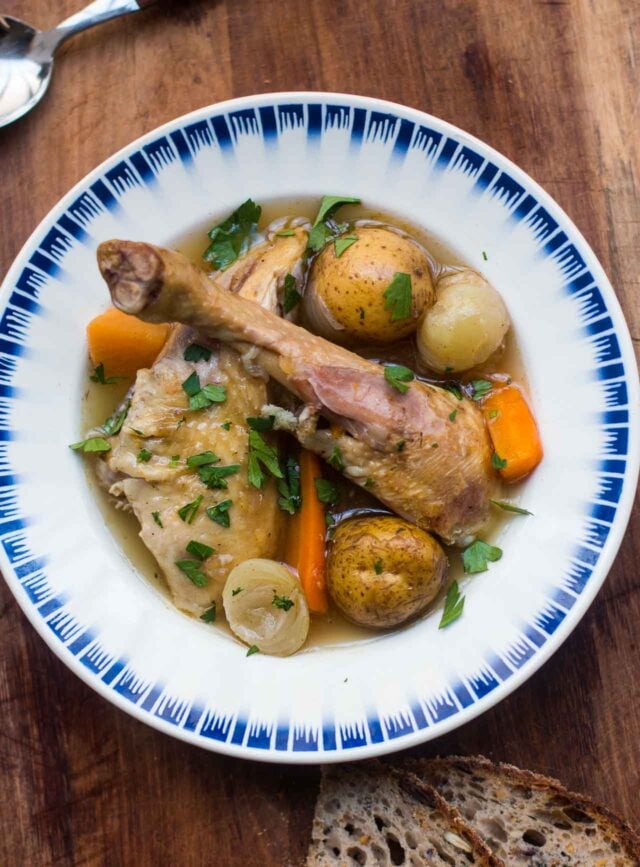 King Henry IV of France promised “a chicken in every pot, every Sunday” to the French back in the 17th century and things haven’t changed much since then. Chicken remains a classic French Sunday meal, as the lines for roast chickens prove at the markets and butcher shops on the weekends will attest to.

People in France eat chicken on other days of the week but some consider it a second-place meat and for years beef was seen as the most luxurious and healthy choice. My first housecleaner told me that I needed to eat beef on more than one occasion, to be healthy. In recent years beef consumption has been falling in France, but I often choose chicken over beef, which Romain teases me about, saying it’s très américan to order it so often at restaurants, and sometimes call me le chicken man. But when I made this Poule au pot for him recently (at home, so he was happy), he said it was the best he’s ever had. And as you can tell, he’s a tough customer. 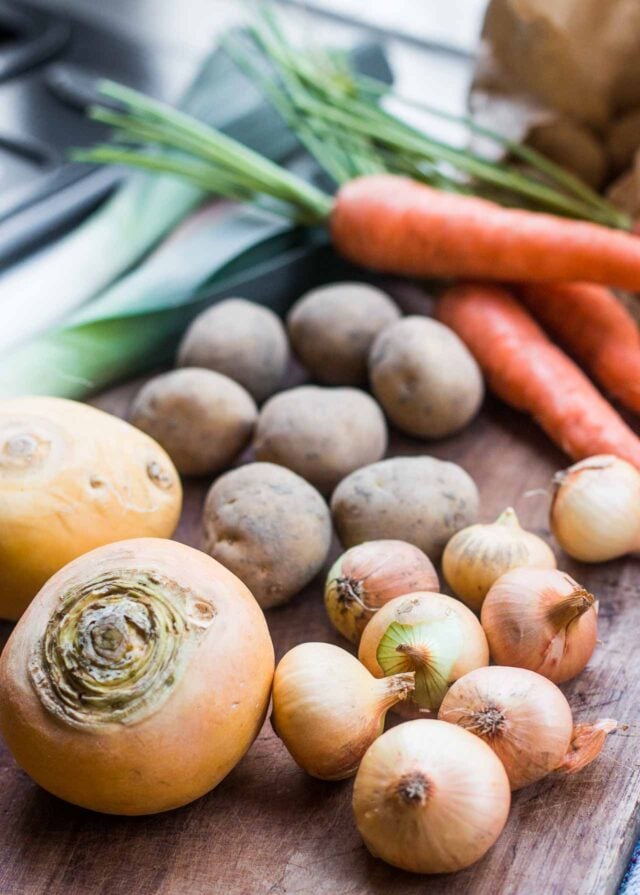 Traditionally, Poule au pot was made with a poule, a stewing hen. Interestingly, if you go to the Nouvelle Aquitaine website, the region where Poule au pot is said to originate, the French language version of their Poule au pot recipe calls for a poule whereas when you toggle the recipe into English, it calls for chicken. Their recipe also specifies (or non-specifies) a nebulous cooking time in the preparation steps, but just under the recipe title it says the recipe takes “2 1/2 hours” to cook, which sounds about right for a stewing hen, but a long time for a chicken. The Nouvelle Aquitaine website also calls for rice, mushrooms, and “white sauce.” But the photo accompanying the recipe shows no rice, mushrooms, or white sauce.

(Another gastronomic difference between the two cultures is that French people like their vegetables well-cooked as opposed to what is sometimes referred to as “American-style,” where they still have a little crispness.)

But we had dinner with some friends recently a French-American couple, they saw me making the Poule au pot on social media. He (the American half) told me the dish was served with mayonnaise (further investigation revealed it is also sometimes served with sauce Béarnaise) and served in two courses; the chicken and vegetables first, then the bouillion with perhaps some vermicelli noodles in it. If you do a deep dive into Poule au pot, there are versions that are even served cold, with mayo.

I took a look at what Madame E. St.-Ange had to say in La Bonne Cuisine, which is sort of the French Joy of Cooking (published in 1927, and translated into English in 2005), and she adds bacon. She also notes that country kitchens weren’t well-outfitted at the time, and often just had one gas burner, so vegetables weren’t sauteed separately as some people do now. And she also said that in professional French kitchens, chefs are known to add veal stock to the pot, to give the bouillon more body, but conceded that was unrealistic for home cooks. 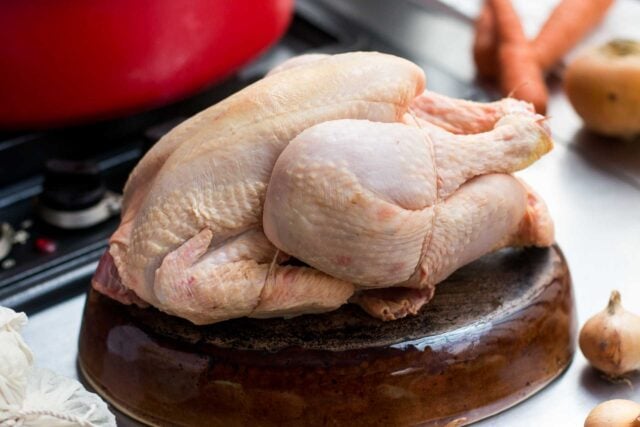 When you buy a chicken in France, they are prepared and trussed even when you get them at the grocery store, such as the one I bought above. It’s a nice touch, but if you go to a butcher or volailleuse or volailler, they will prepare the bird for you, removing whatever you want removed, and tie the whole thing up so it’s ready to go. However for this recipe, you don’t really need to do that, so no need to work on those trussing skills. Whew!

Chickens sold in France with a Label Rouge symbol are free-range and are rustique breeds, and have other qualities that make them different than standard chickens. The meat tends to be firmer and they release more natural gelatin, resulting in a more velvety broth, especially noticeable when you serve the leftovers the next day.

I was scratching my head in a recent newsletter post about shopping at the French markets and wondering why some people buy one turnip or a lone parsnip. It seemed to me that if you were going to cook one root vegetable, due to the longer cooking time, you may as well cook a few. Afraid someone might catch me buying just one turnip for this, I ended up buying two, so you’re welcome to use two if you want. No two recipes are the same for Poule au pot so feel free to improvise with other vegetables. 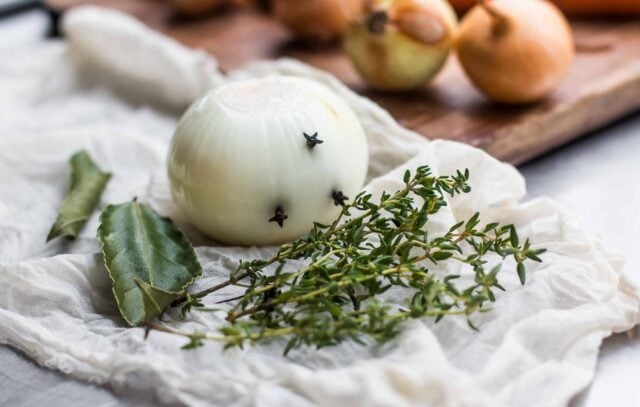 One place I don’t recommend that you go, however, is toward le cube, dried bouillon in tablet form. They’re used frequently in France but my preference for a shortcut is to resort to Better Than Bouillon, which doesn’t have a long list of unpronounceable ingredients. A reader noted to me that a company is now selling boxed stock in France, and for a while Picard, the frozen food store, was selling bags of galets (disks) of reduced stock. (Although I just checked their website and it doesn’t seem to be listed any longer. Just one that’s a mix of chicken and beef stock.)

Honestly, Poule au pot makes the perfect dinner any night of the week. It requires little preparation and is even better reheated. When I moved to France if I was having people over for dinner, I would figure one chicken for every two people…and always had tons of leftovers. Now I realize that one chicken can feed six in France. (Yes, that’s right.) And now I’m surprised when I go out to eat in the U.S. and am served an entire half a chicken just for me. I appreciate the generosity but thank goodness for doggy bags.

What I can say for a fact is that the two of us got three meals out of this, the last was a delicious chicken soup with the leftover chicken meat shredded, and served along with the vegetables in broth. I’ll also say that if you can get a good-quality chicken, you’ll be rewarded with a richer stock and a more flavorful bird. Browning it in the pot isn’t a necessary step but I find it gives the sauce more depth, so recommend doing it. 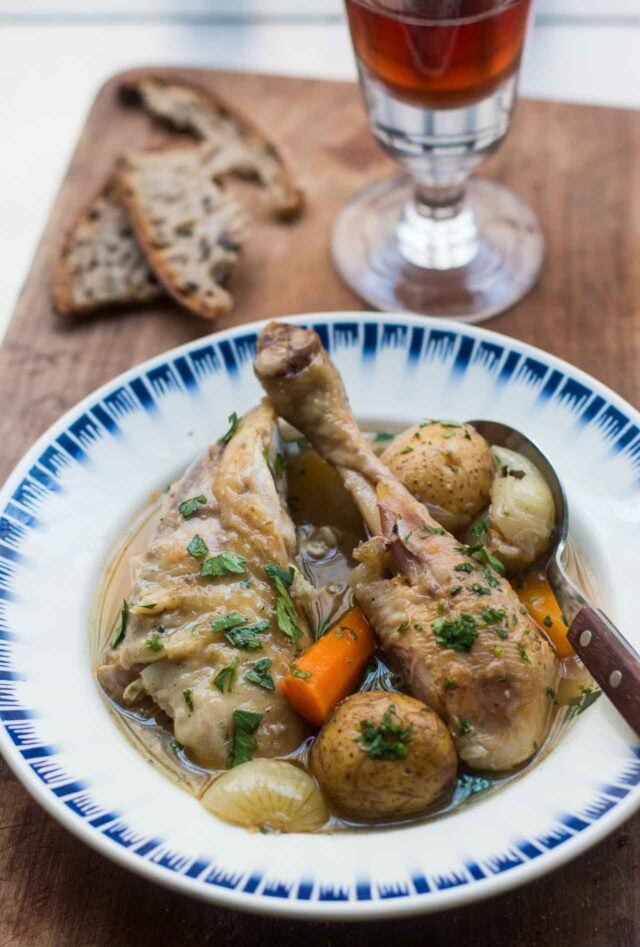 You can change things around if you want, swapping out parsnips or rutabagas for the turnips. No whole cloves? Add a very tiny pinch of powdered cloves to the bouquet garni in the cheesecloth.Regarding stock, some are salty so you may want to add less salt than indicated in step 3 (maybe 2 teaspoons) if you're using store-bought stock, and add more salt later if needed. Since the vegetable will be cooking for a while, I cut them on the thick side. If you want them firmer, you can add them later in the cooking process. Small or "boiling" onions (as they're sometimes called) are a bit of a task to peel but they can be dropped in a small saucepan of boiling water for about a minute, then drained and rinsed with cold water, which'll help the skins slip off. If you want to use regular onions, cut them into sixths or eighths.I used a standard-sized chicken for this recipe, which was between 1.75-2kg (about 4-pounds) but you can use another size chicken. If it's much smaller or larger you can adjust the cooking time if necessary.
Course Main Course
Servings 4 servings