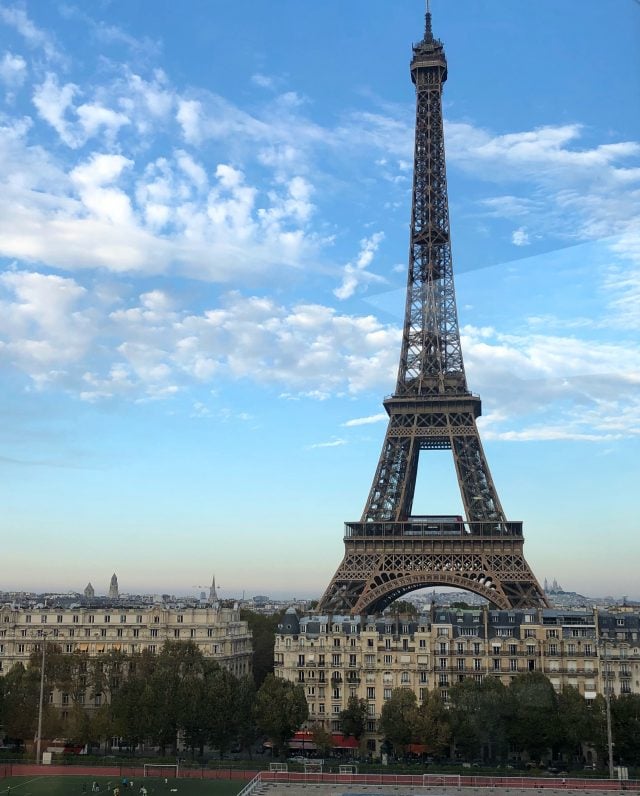 A number of people have asked me if it’s okay to come to Paris due to the demonstrations that have been taking place. The news media around the world has been reporting on the situation and some of the photos have certainly been startling, even to us in the city.

[I posted similar thoughts on Instagram, although there is a word limit, so I’ve reposted some of it here and added a few links as well.]

The majority of the demonstrations have been taking place on Saturdays, generally in the more upscale areas of Paris, such as the Champs-Elysées and Place de la Concorde, although some have spread to other neighborhoods. The last couple of weekends, we’ve gone shopping in our neighborhood for food (and wine), and had meals with friends, and didn’t encounter any problems in parts of the city that include Barbès, Rue des Martyrs, Pigalle, Oberkampf, and Belleville.

Some of the neighborhoods have had isolated incidents, including mine, but I don’t know if anyone felt in danger. On Saturday, we went to the supermarket (which was packed, as usual) then took the métro to someone’s house for dinner, and the bus home later that evening, without incident. Every café we passed was full of people in the 9th, 11th, and 20th arrondissements.

France has a population that’s quite vocal about issues and most of us are fortunate to live in countries where we are free to express ourselves. The Gilets Jaunes (yellow vests) are working-class people who would like their concerns and voices to be heard. When I was in Burgundy last week, some who were wearing yellow vests were blocking roads temporarily, smiling and waving at motorists, some stopping to shake hands with them, apologizing for the inconvenience, before going on their way. (I was also having a café in a bar across from a train station and two ernest young people came in, with big smiles, trying to sell the owner an alarm system. They were wearing blue jackets and everyone got a good laugh, including the salespeople, when someone said, “Après les gilets jeunes…les vestes bleues!” – “After the yellow vests…the blue jackets!”)

Some of the destruction we’ve seen are caused by casseurs, people who aren’t associated with the movement, whose goal is to vandalize. Those images are being reported in the media, mixed with images of the demonstrations, so it’s easy to confound the two. Being France, there have been many passionate discussions and debates in cafés, over meals, and on television. Most of us in Paris have been going about our lives; shopkeepers are staying open, restaurants are serving meals, and people are sitting in cafés, having a glass of wine or a beer. I don’t know anyone hunkering down in their home or apartment. (Except for me, because I’m on a book deadline!)

The city of Paris has been proactively listing on their website, closures as well as areas of the city where potential demonstrations will be taking place. Check with the embassy of your country (the U.S. Embassy website is here) for their recommendations. So far, the demonstrations have been taking place on Saturdays and if you can, it’s best to avoid those areas on that day. If you’re witnessing something taking place on the streets, it’s not advisable to take photos of people or demonstrations unless you are certain it’s okay. Never go into, or stay in, a situation that you think may be unsafe.

[Note: I advice that if you’re a visitor and staying in an area that may be blocked off, such as the area around the Champs-Elysées, your hotel should be able to advise you as to alternate routes to take to and from the hotel if you’re visiting on a Saturday, the day when the area has been affected by the social movements.]

Note that this has been a challenge for small (and large) businesses, which last week, were advised by the city to close. They’ve taken a financial hit, especially the small businesses, with the holiday season approaching. When traveling you might want to consider travel insurance that covers you in case of delays or cancellations. Read the conditions carefully to see what’s covered and what isn’t.