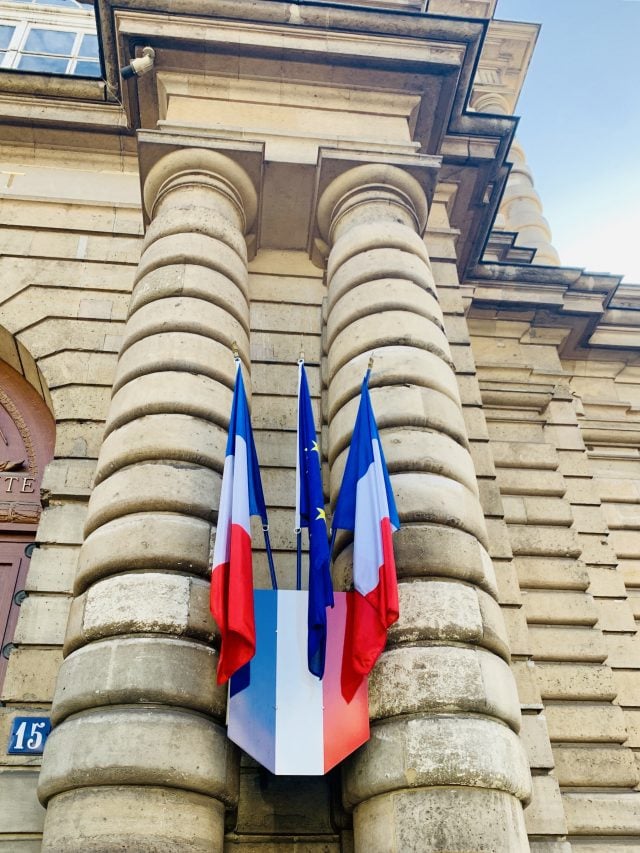 Hello – it’s Emily. For those of you that haven’t heard of me, I normally help David behind the scenes with some things on the blog. As a Paris local, I wanted to share with you a very special weekend that my family and I look forward to each year. I hope that you will get the chance to experience it too!

As a city that welcomes nearly 18 million visitors every year, Paris clearly has a lot to offer. With over 2000 monuments and more than 200 museums, there is always something to explore. But Paris also has many places where history is made and art and culture are celebrated, that simply cannot accommodate visitors.

Behind the beautiful doors across the city there are many secrets, gardens, passageways, and places of great interest are normally inaccessible to visitors. However, as the French take their heritage very seriously and in the spirit of liberté, égalite, fraternité (liberty, equality, brotherhood), once a year, doors across Paris swing open to let you in, behind the scenes, for a closer view of the beauty and history inside some of the most famous buildings in the world.

The Journées du Patrimoine (European Heritage Days), were first organized by the French Ministry of Culture and Communication over 30 years ago and are now held on the 3rd weekend of September every year, in Paris, other regions of France, in addition to being adopted by other European countries as well. Activities range from an escape game in the Gare Saint-Lazare to a family treasure hunt in a tropical aquarium at the Palais de la Porte Dorée. Workshops, visits and guided tours are available (usually free of charge) allowing you to experience a different perspective by going inside many normally off-limits historic sites, iconic monuments and attractions.

The only negative thing I can say about this special event is that there is too much to see and no way to do it all in one weekend. A new website available this year aims to help with that, giving real-time information on the attendance and waiting times for many of the major attractions, so you can better plan your time. Further information can be found here (in English, but the site is auto-translated, so some of the wording may be unusual).

Places Not to Miss (many of these are only open to the public during this one special weekend).

This is the official residence of the President of the French Republic and is considered one of the most beautiful buildings in Paris. During the visit, it is possible to tour the office of the President, the grand room where State receptions are held, the court of honor where the President welcomes his foreign counterparts, and the surrounding gardens. In previous years over 20,000 people have visited during the weekend, with waiting times up to 8 hours. From 2019 you can now register up to 5 people on their website, which will be followed up by an official invitation and a specific time slot. If you are planning to visit, it is advisable to take as little as possible; security is quite thorough.

The home of the Prime Minister, in the 7th arrondissement, is often cited as one of the most luxurious government buildings in the world, and is where many of the most important decisions in French political life are made. You can also explore the three hectares of outdoor space, the largest private garden in Paris. Expect long queues so take plenty of water as you may end up waiting in the sun, and September can occasionally still be quite warm. 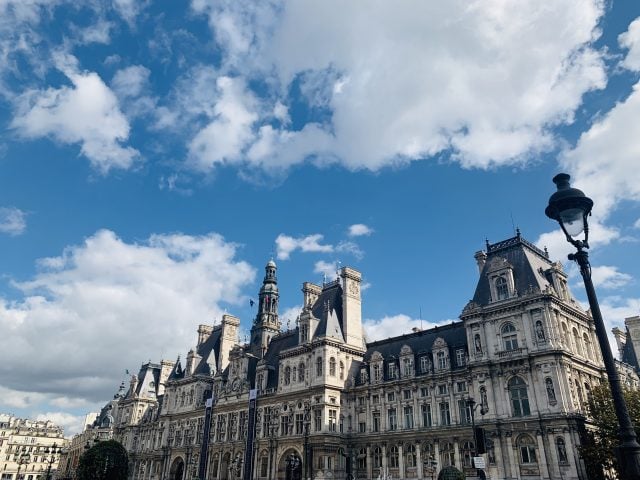 Paris’ City Hall presents a series of workshops and exhibitions celebrating Parisian heritage. Visitors can tour its impressive reception rooms, the Council Chamber of Paris, the library and the Mayor’s office, followed by some barbe à papa (cotton candy) and a ride on the merry-go-round in the square outside.

In 2019 the Ministry of Economy and Finance (with 42kms, 26 miles, of corridors!), set on the banks of the Seine is celebrating its 30th anniversary and has devised a special program including demonstrations by their customs sniffer dogs, a tour of the beehives (rumoured to have needed to be replaced after the helipad was used during filming of Mission: Impossible – Fallout), a zip line over the main courtyard (from the terrace of the Hôtel des ministres) and abseiling along the building Vauban. You can finish your visit via the Door of Honor, the biggest door in Europe, consisting of 50 bronze panels adorned with sculptures representing the four seasons. 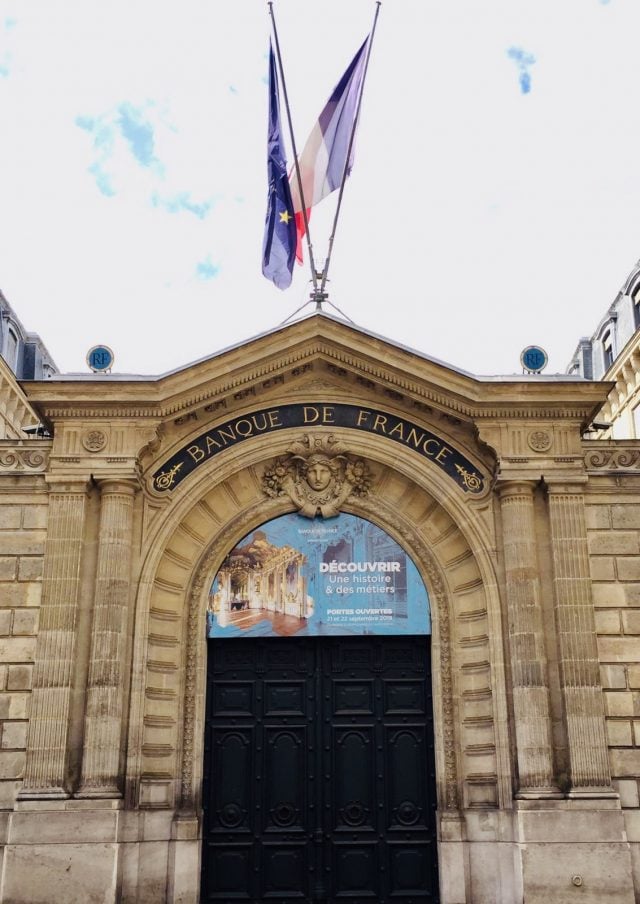 This is not your average bank. The Golden Gallery is truly impressive, and along with the ceremonial salons, is the highlight of this visit. Expect explanations on the manufacture, printing and authenticating of french banknotes and the history of currency and banking in France, presented in an engaging way. 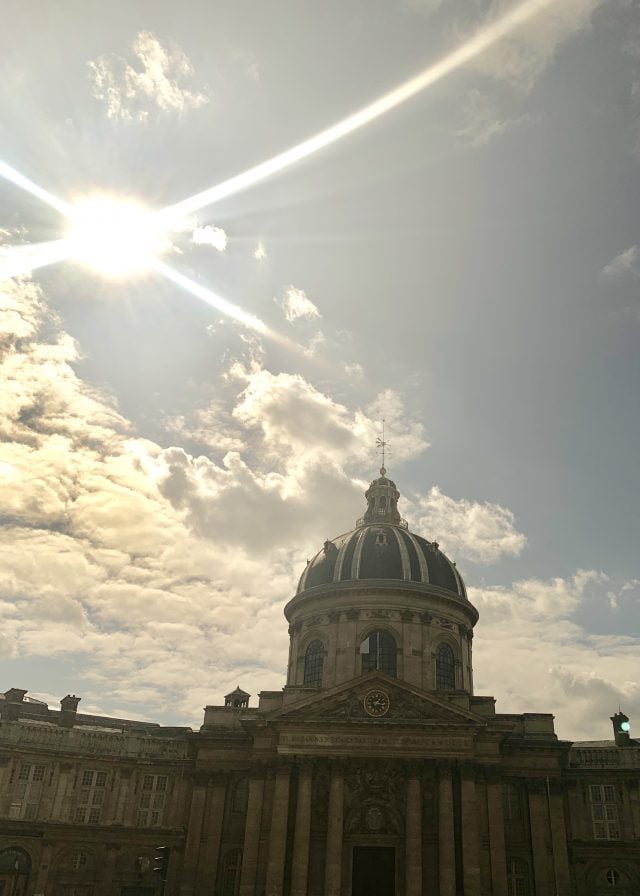 The French Academy is the French council for matters pertaining to the French language. Established in 1635 the Académie consists of forty members, known informally as les immortels (the immortals, which gives you some idea how important they are). The body acts as an official authority on the French language and have the task of preventing the Anglicization of the French language, responsible for creating new French words such as ordinateur (computer), logiciel (software), and courriel (e-mail).  You will have the opportunity to visit the famous Coupole, the halls of the five Academies, its two libraries, the main courtyard, and its new auditorium. 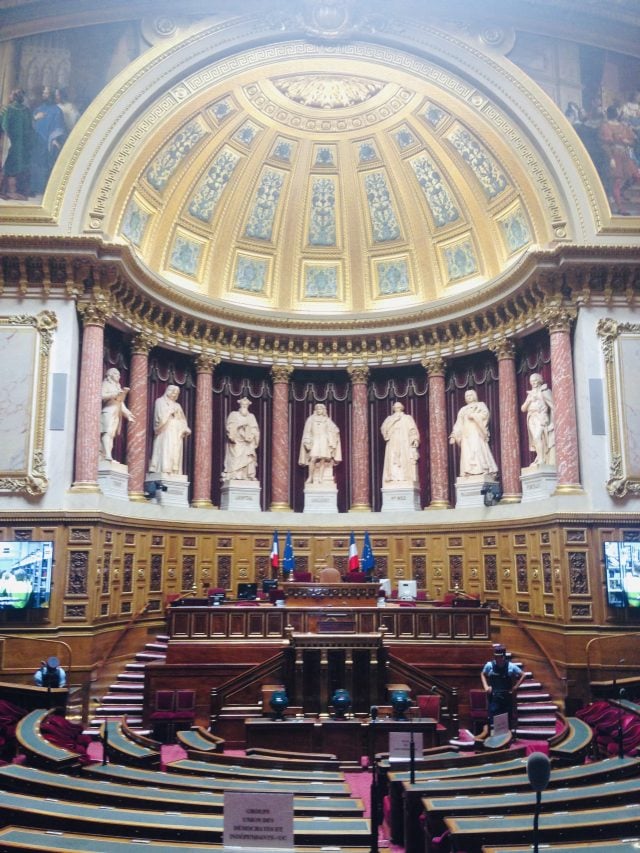 The Sénat is the upper house of the French Parliament. Housed inside the Palais du Luxembourg, it represents the territorial collectivities of the Republic and French citizens living abroad. Under the watchful eye of the Republican Guards, you can tour through the impressive galleries and stop by the desk of Gérard Larcher, President of the Senate and first in the line of succession to the Presidency of the French Republic, making him the second most important man in France. 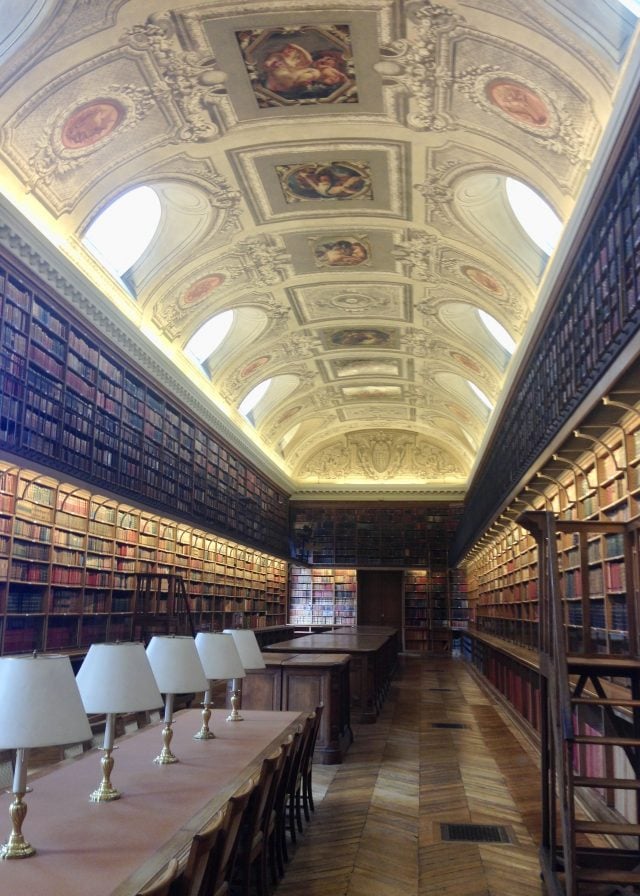 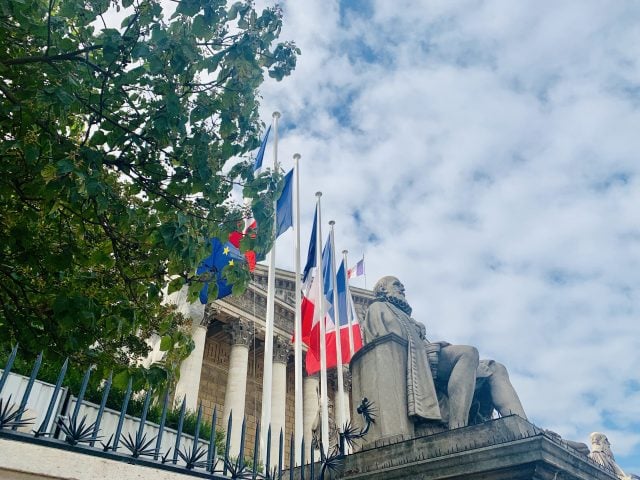 The National Assembly, on the banks of the Seine, is the lower house of the Parliament of France. This is the chance to visit the Palais-Bourbon where members have been sitting since 1798 as well as the Hôtel de Lassay, seat of the Presidency of the National Assembly, including access to the Salle des Séances and the Library.

A visit to the OECD provides the opportunity to discover the historical past of the organization and its role in international cooperation in facing global challenges. During a visit to the conference center, the garden and the castle, visitors are able to discover how the OECD is helping to shape the future, from space technology transfers to the potential of blockchain. 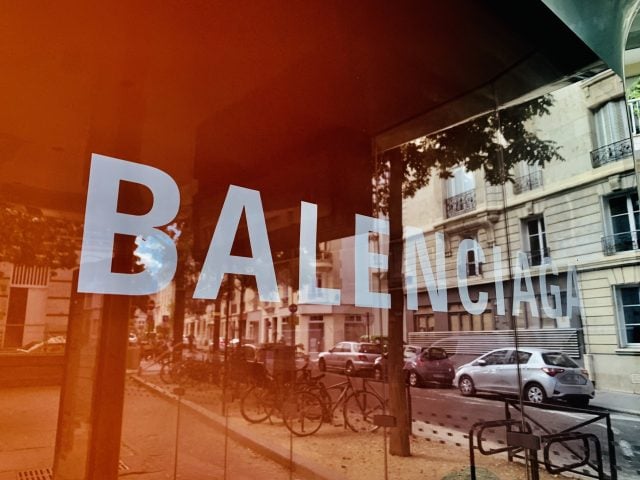 One for fashion lovers, Kering, home to labels including Gucci, Saint Laurent, Bottega Veneta, Balenciaga and Alexander McQueen, invites visitors to discover the hidden gardens of the former Hôpital Laennec and enjoy artworks from the incredible Pinault Collection and creations from the Balenciaga archives.