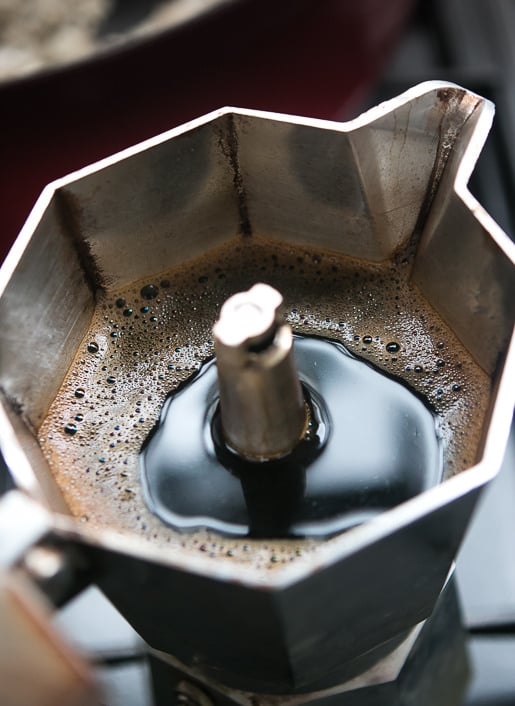 When I moved to France, I was surprised that lamb shanks were somewhat hard to find. Many butchers sold all sorts of cuts of lamb, including lamb shoulders, ribs, and cutlets, but shanks proved elusive. Then I learned that you had to ask for them; for some reason, they’re always kept in the back. I’m not sure why, since it’s my favorite cut of lamb and it deserves to be out in the open. Souris d’agneau (lamb shanks) don’t require a lot of work. They rely on time, which turns a tough cut of meat into something soft and succulent. And with shanks, each person gets their own portion, which makes a nice presentation. 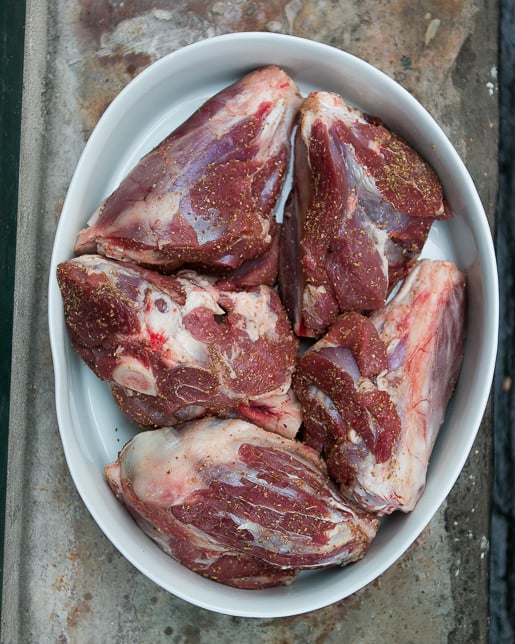 Last spring when I was on book tour in Houston, Joshua Weissman stopped by to say hi. At the ripe age of seventeen, Joshua runs a blog called Slim Palate. Joshua had been a hefty kid and decided to do something about it. So he challenged the way he ate, began eating healthy foods, and cooking for himself, which is the best way to eat well. By doing so, he lost a whopping hundred pounds on a Paleo diet. It was such a success, that kids who’d previously teased him about his weight at school started asking him for advice. So yes, it’s true: eating well is the best revenge! 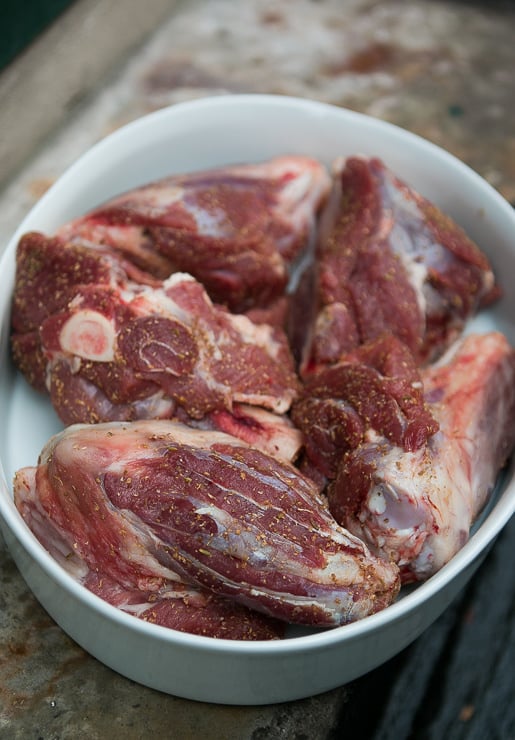 Before leaving, Joshua gave me a copy of his book, The Slim Palate Paleo Cookbook, which he wrote and photographed himself. Leafing through the pages makes me feel like a loser. Because when I was seventeen, I was listening to the Steve Miller Band with my shaggy hair and sneaking cigarettes out in the backyard with the other kids in the neighborhood. (And trying to figure out why I found Bette Midler more interesting than Raquel Welch.) 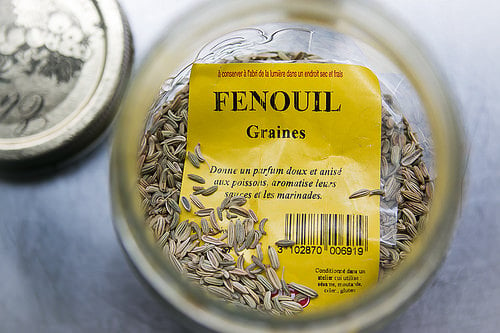 I took a walk over to Belleville, to the butchers that I frequent, who are used to l’américain asking them too-many questions about all the meats and sausages that they sell, including spicy merguez, and whole roasted lamb heads – which, so far, I’ve passed on. 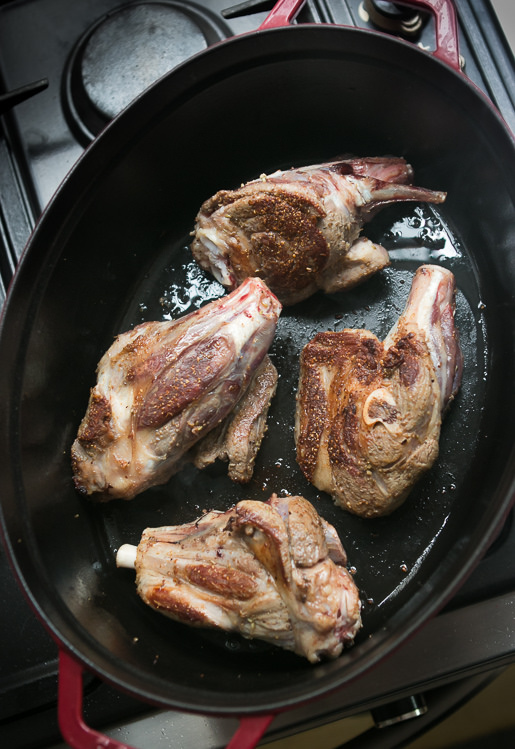 After getting the shanks ready, I popped them in the oven, and – boom! – the electricity in my kitchen went out. I called my electrician, who’s great (…and how do I know this? He actually answered the phone when I called.) And after some multilingual gymnastics, he told me which disjoncteur (fuse) to toggle, and I got it going again. (Thankfully “On” and “Off” are universally used terms, which helped a lot.)

The ancho chile powder gives these shanks a wonderfully burnished flavor, and the coffee adds a nice depth of flavor to the liquid. If you can’t get lamb shanks, you could use a lamb shoulder instead. Have your butcher cut it into four pieces for you. If your electricity cuts out, I can probably help you out since I’ve learned a bunch of new terms and phrases, to get you cooking again. Although because it’s winter, most natural light is gone by the time dinner is served around here. Which is something I haven’t been able to figure out how to control. 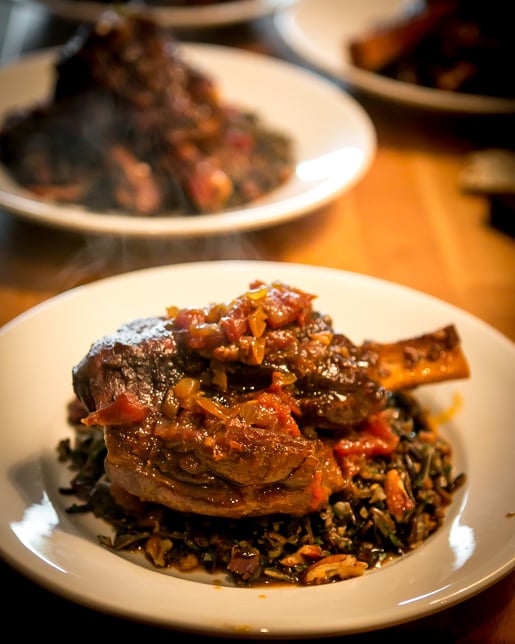 Adapted from The Slim Palate Paleo Cookbook by Joshua Weissman I used decaf coffee, since I didn’t want my guests to be up all night – or me. If you want to skip the coffee, you could add a cup of water with perhaps a dash of worcestershire sauce or balsamic vinegar, to replace the sly flavor added by coffee. If you don’t have stock, you can use water, as the meat will flavor the liquid pretty well on its own. One thing to note: It’s important to brown the shanks well. Avoid turning them frequently, and let them get well-bronzed, which adds plenty of good, meaty flavor to the dish. I was initially planning to serve these with the couscous with pistachios and lemon from My Paris Kitchen, then at the last minute, switched to wild rice with dried sour cherries. (Cook the rice in boiling salted water until tender, drain. Stir in a generous handful of chopped dried sour cherries while the rice is warm, then season with salt and pepper, olive oil. Let it cool a bit, then add some fresh herbs, like thyme and flat-leaf parsley. Serve warm or at room temperature.) Another option is Israeli couscous with butternut squash and preserved lemons.

Storage: The lamb shanks can be made up to two days in advance and refrigerated. Reheat them over low heat on the stovetop, or in the oven.

Duck with Prunes in Red Wine