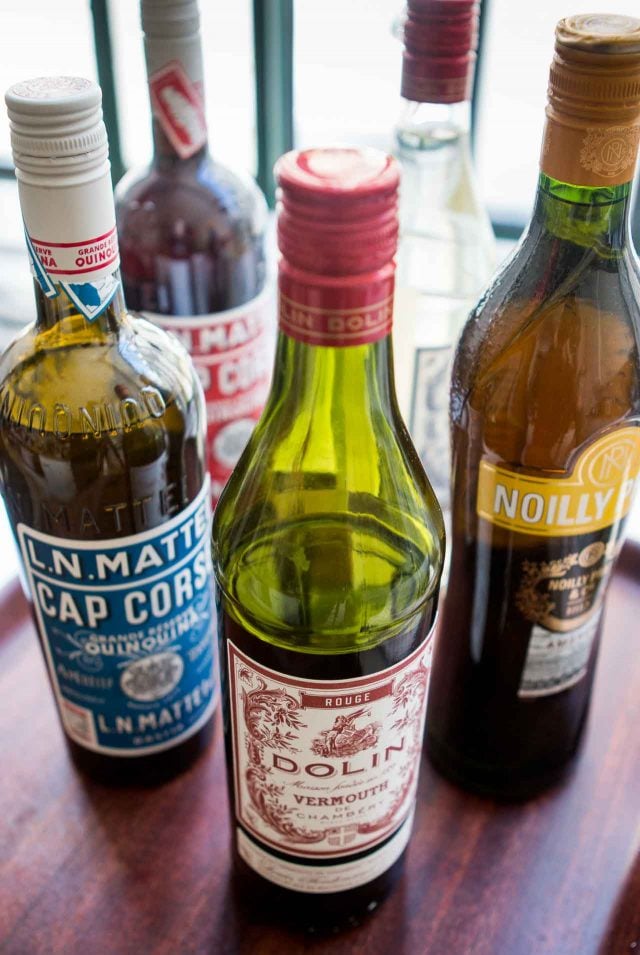 Weeks before Drinking French came out, people were asking me what liquors and spirits to buy in anticipation of the book’s release. Skimming through the 160 recipes in the book, many of which are for cocktails and apéritifs, I offered up tips here and there, suggesting a few essential bottles that could be used for a number of recipes in the book. I also added a few extras (at the end of this post) to those suggestions, that aren’t vital to have, but are some of my favorites in case they wanted to branch out a little into some other French drinks, and spirits.

Like anything edible, or drinkable, If you ask twenty people for a recommendation on say…what gin to buy, you’ll get twenty answers. So the bottles depicted here are ones in my personal bar, but I encourage you to find your favorite brands of any of these spirits and stock your bar with them. I’ve also kept in mind that many people have a budget, so you don’t necessarily need to get the bottles shown in the pictures this post. (A few aren’t available in the U.S.) But you don’t need to spend a lot of money on liquor: In some cases, I’ve suggested a few brands that are especially easy on the wallet.

For hard liquor, like whiskey and gin, you should be able to find a brand that’s in the $25 range, that’s fine to use. You can pay more (or less) but consider that a general starting price point for something of good quality. Apéritifs like vermouth and red apéritif bitters, $15 to $20 is reasonable to pay for a bottle. (Prices definitely vary by city and country. Spirits made by small-scale producers will cost more than bigger brands.) In the U.S., you can also get half bottles of vermouth, which we don’t get in France, are good for those starting out, or for people that won’t use them a lot. And while the Chartreuse listed in the Extras may take a bigger bite from your budget, it’s one of my favorite French spirits and is available in half bottles as well.

In Drinking French, I cover the range of French apéritifs in detail, including Byrrh, Lillet, Dubonnet, Suze, and more, as well as regional apéritifs like Pineau de Charentes and Pommeau. Hard liquors that are 40% ABV will keep for several years, some say indefinitely. Keep them away from light and heat. Vermouth has a shorter shelf life, one month or so (some say three weeks) and should be kept in the refrigerator once opened. The same goes for other wine-based apéritifs and fortified wines (like Byrrh and Dubonnet), which should also be stored away from light and heat. I asked a master distiller in France about how long spirits last and he replied, “Until they still taste good!” So let your palate be your guide, rather than strictly relying on dates. 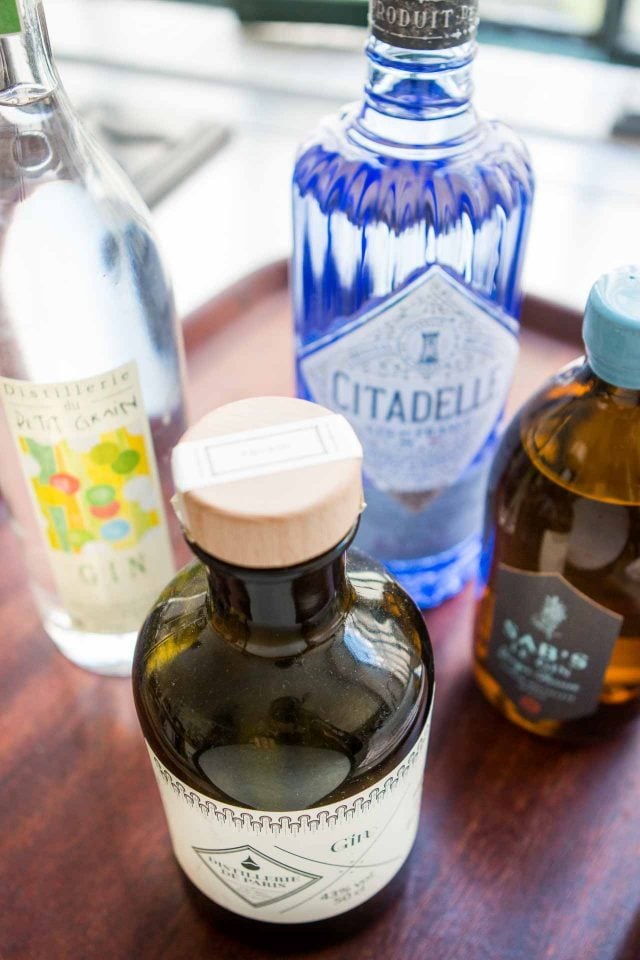 Gin is used in a number of cocktails and drinks. Its light color and appealing juniper flavor complement everything from lime juice in a Rosemary Gimlet to a Martini made with pine buds (page 153 of Drinking French.) Some good-value brands are Fords, Citadelle, and Beefeater. France has recently come on strong in the gin game and French gins range from dry to fruity. There are now some interesting American brands too. For most cocktails, my preference leans toward clean-tasting gins that are not too heavy on the botanicals, although ones that do make a good Gin To (Gin and Tonic.) 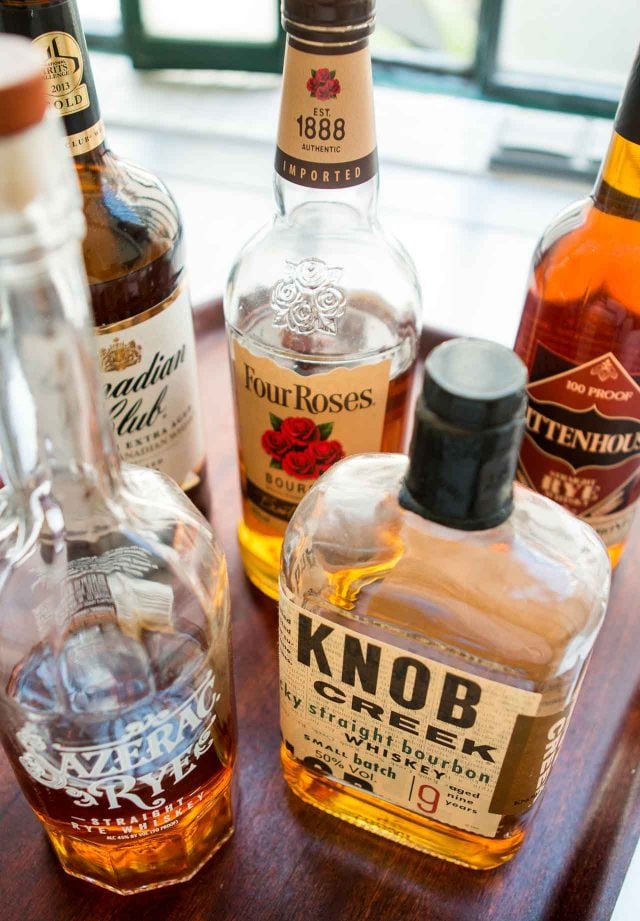 It surprises people that the French are the number one consumers per capita of whisky in the world. In France, whisky is usually enjoyed straight as an apéro, with an ice cube, but I use it in a number of cocktails, from Boulevardiers and the Waterloo, to the Brooklyn, a cocktail that features Amer Picon, one of the most iconic of all French apéritifs. (Amer Picon is not available in the U.S. for reasons mentioned in Drinking French, but I list an alternative in the “Extras” section, below.) Bourbon is made from corn and is sweeter in taste than rye whiskey, which has spicier, slightly smoky notes. The choice is yours, depending on your taste preferences.

Good value whiskey brands are Four Roses, Old Overholt, and Old Forester. There is a huge range of whiskeys available, however, and those are just a few suggestions for those looking for bottles that are of good quality, and are also wallet-friendly.

I recommend having a bottle of sweet (red) and/or dry vermouth on hand, depending on which kinds of drinks you like. (Blanc, or bianco vermouth in Italian, is not the same as dry vermouth.) The French are mostly known for their dry vermouths, more than their red, sweet ones. The main difference is that Italian red vermouths lean toward being more fruit-forward whereas French ones tend to be more herbaceous. Prominent French brands are Noilly Prat and Dolin. Note that Noilly Prat makes a special extra-dry vermouth which, as far as I know, is only available in the United States, and is my preference over their Original dry, which is the one sold in France. Noilly Prat is richer than Dolin, so some people prefer the latter for Martinis and other clear cocktails. Sweet vermouth is used in French Manhattans, Brooklyns, and Americanos. 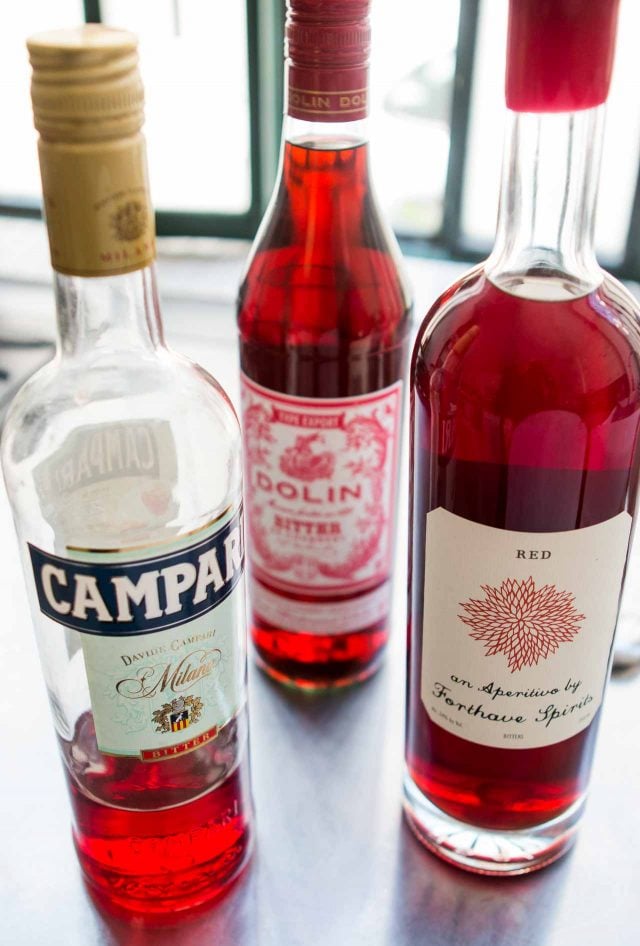 Spirits writers have been searching for a universal name for red bitter apéritifs, which are usually called aperitivo or aperitivi. Campari is the most famous, and the strongest. (One bartender I know calls it “the bully in the drink,” since it can overwhelm other ingredients.) Red apéritif bitters are the base for a Boulevardier and the Americano. In France, we get Dolin bitters, which aren’t available in the U.S., but Forthave Spirits and St. Georges Spirits both make excellent red bitters in America. Cappelletti is another Italian brand that I like, too. 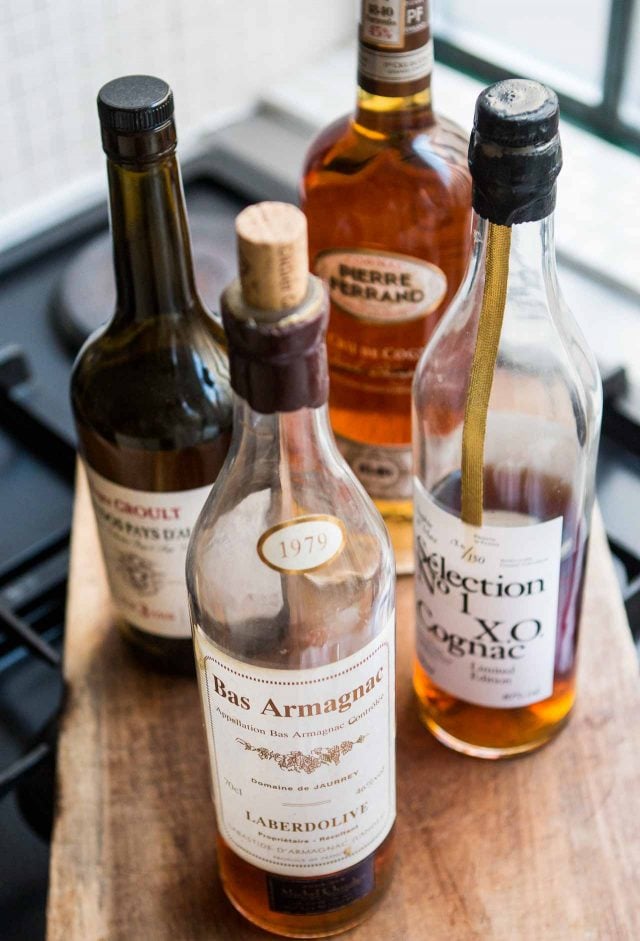 These brandies are distillations of fruit, when are aged in casks. There are many different styles and flavors of brandies depending on what fruits are distilled, and how they are aged. But you’d be hard-pressed to find something simply labeled “brandy” in France. Very broadly speaking, cognac tends to be the smoothest and Armagnac is more dynamic; both are distilled from grapes, but cognac gets distilled twice while Armagnac gets distilled once. Calvados, from Normandy, is distilled from apples and pears and those flavors figure prominently in its taste. Some of these can be expensive, but more so than other spirits, with cognac, calvados, and Armagnac, you get what you pay for.

I recommend finding one near the top of your budget. (Don’t tell, but our neighbors in Spain also make some excellent brandies too.) Many cognacs (but certainly not all) are made by multinational brands so are easily available, while calvados and Armagnac don’t get the same press, nor the distribution. It’s best to go into a reputable liquor store where you live to ask for recommendations in your price range. Applejack or apple brandy is a reasonable substitute for calvados. 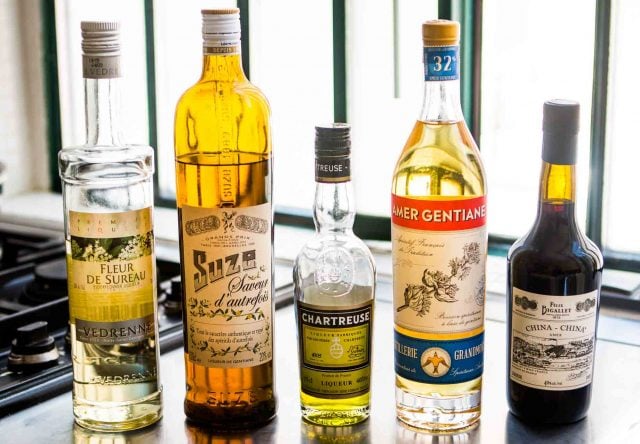 To add to the basics, there’s a marvelous array of French apéritifs, liqueurs, and distillations to expand your pleasure even further.

Those include Suze, a bitter/sweet gentian apéritif that’s refreshing in a Suze and Tonic and The Yellow Cocktail (one of my favorite cocktails in Drinking French.) Other French gentian-based apéritifs are Salers and Avèze which are available outside of France, and the excellent Amer Gentiane, which isn’t. Cap Corse apérifit is made in Corsica, in red and white varieties, and both are made with local botanicals and infused with quinine. I often substitute Cap Corse for vermouth in cocktails.

For those unable to get Amer Picon to make Brooklyn cocktails or Picon Bière (pages 187 and 48, respectively in Drinking French), Bigalett China-China is an amer (French bitter) macerated with herbs in the French alps, which some consider an even better choice.

Chartreuse is one of my very favorite spirits, and while you won’t find it in the bargain bin, a little goes a long way and it can be purchased in half-bottles. The green is essential in cocktails like The Last Word while the softer yellow Chartreuse mixes magnificently with the other spirits in the Alaska cocktail and the aforementioned Yellow Cocktail (page 202-203 of Drinking French.)

[I’ve linked to the cocktail recipes in this post that are here on the blog. The others are in Drinking French.] 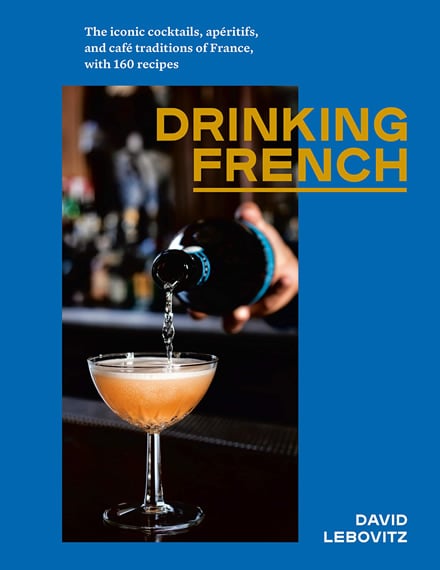