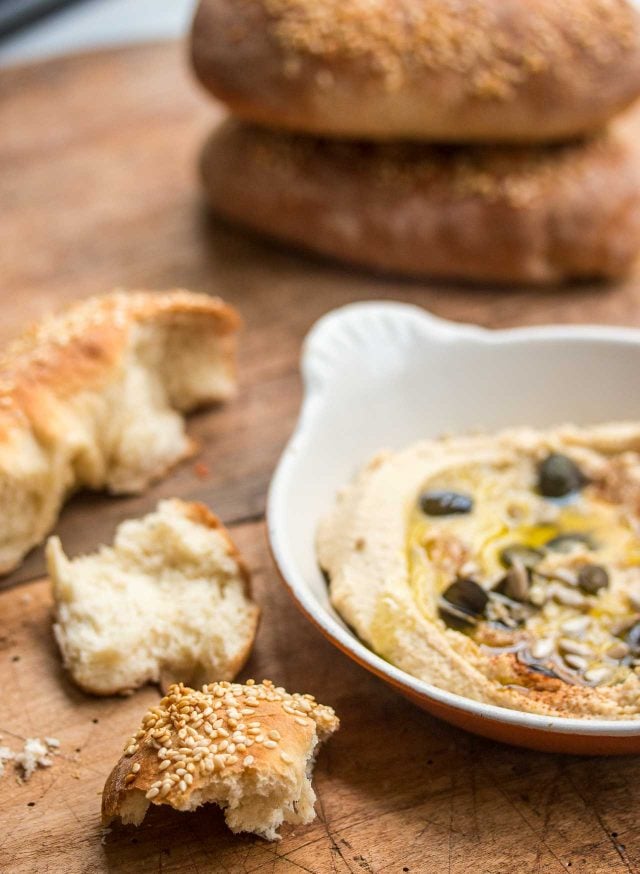 I’ve been meaning to make Jerusalem bagels ever since I went there, and saw the loopy breads dangling from wagons and off pegs in shops. With all the hummus being consumed everywhere, it was easy to understand why so much bread was necessary. It was the perfect foil for scooping the stuff up, that somehow, kept showing up on tables wherever we went. 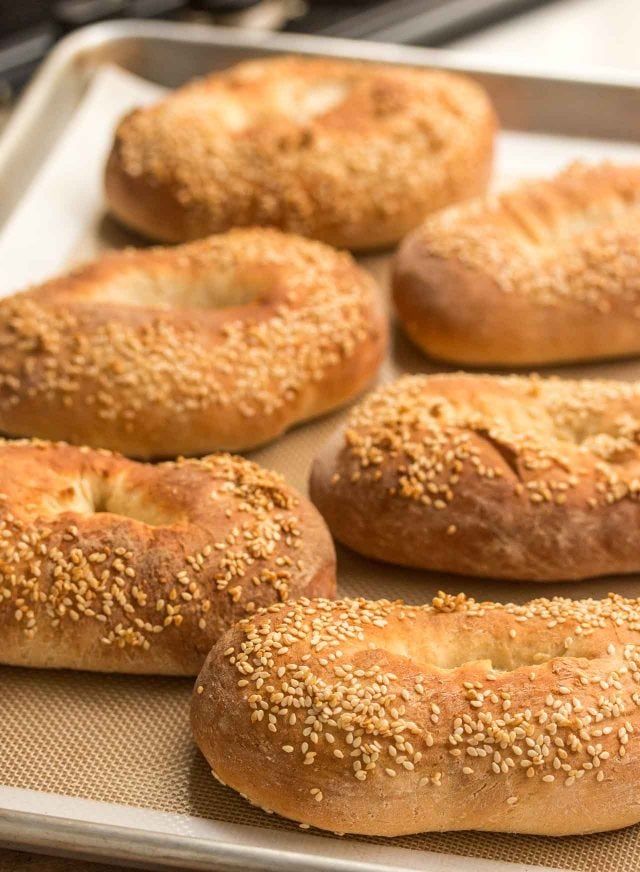 It took me getting a copy of The Palestinian Table, a book I’d been eagerly anticipating reading after I read Reem Kassis’s article, How Conflict Has Eclipsed the Region’s Food. It also made me want to meet her. 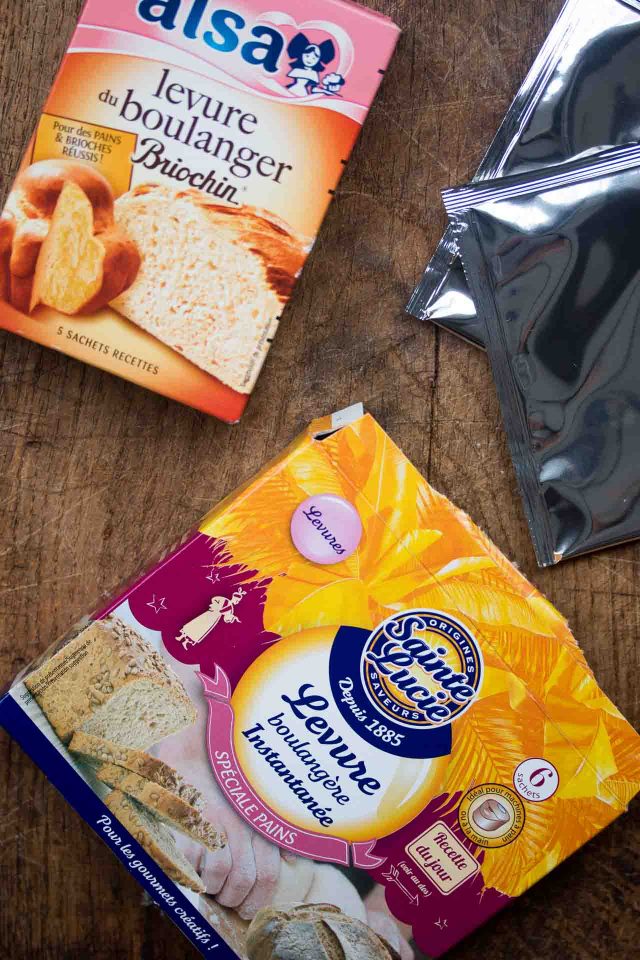 Reem grew up in Jerusalem and has a deep emotional attachment to the foods of her childhood prepared by her mother, her aunts, and her grandmother. She’s a business consultant and social psychologist by training (and a mother of two, as well), embarked on a book project, one she felt very strongly that she had to write.

There is a good profile of her in the New York Times, about her vision to write a cookbook (with no experience whatsoever), and how she overcame her fears and obstacles to write such a highly-acclaimed book. It was definitely one of my favorite books of the year. 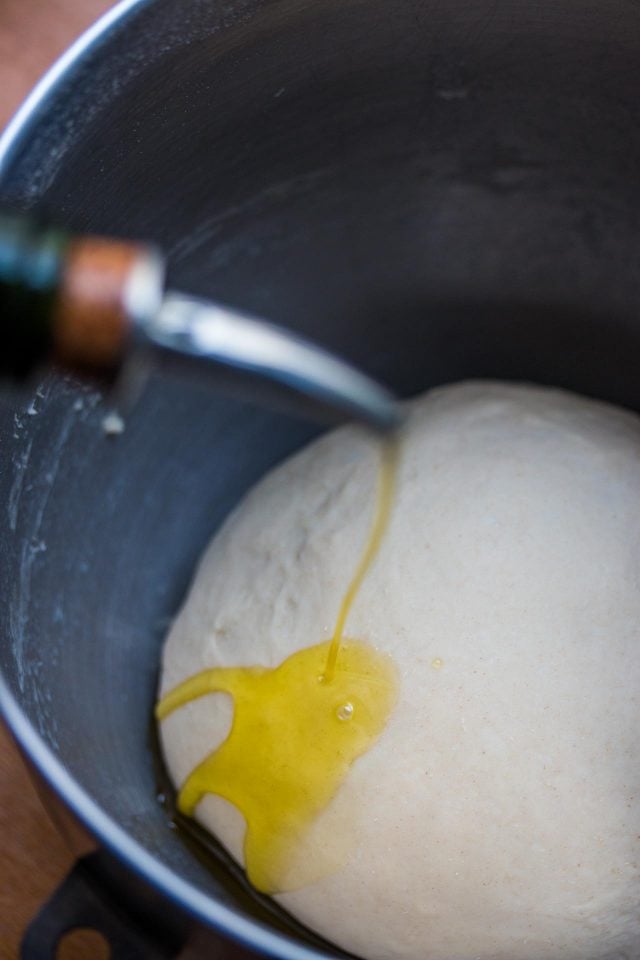 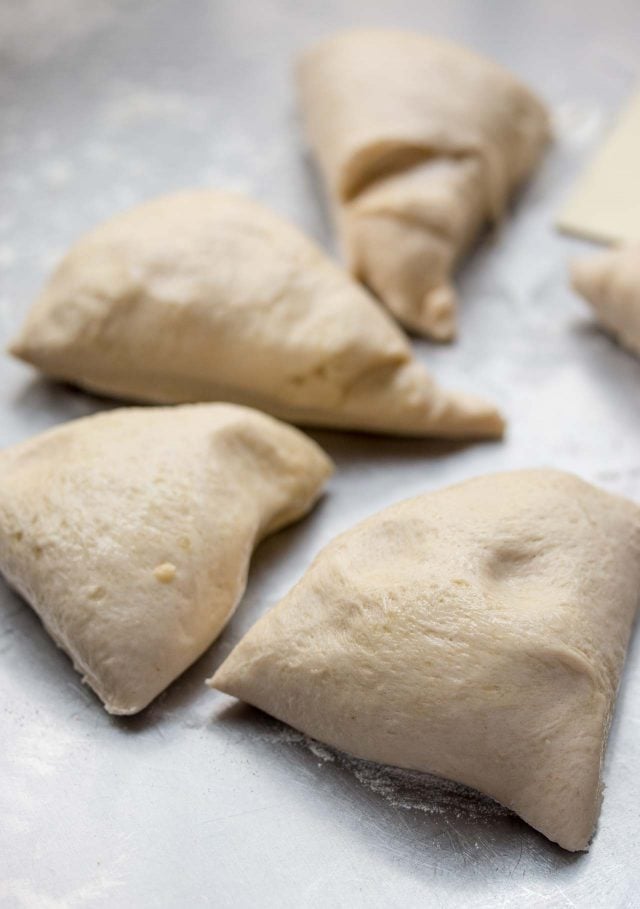 When we met, I think we were both relieved to finally meet. Partially because I got the day wrong and she showed up a day before I thought we were supposed to meet, which was my fault. (Could someone please come up with some sort of app that takes all those Facebook, Instagram, texts, Twitter, and other social media messages, and puts them into one daily email? It’s so hard to keep track of them all…) After about fourteen messages apologizing for screwing up, I managed to arrive on time, and on the right day, and she was happy to find that she was just as lovely in person as she comes across in the pages of The Palestinian Table. 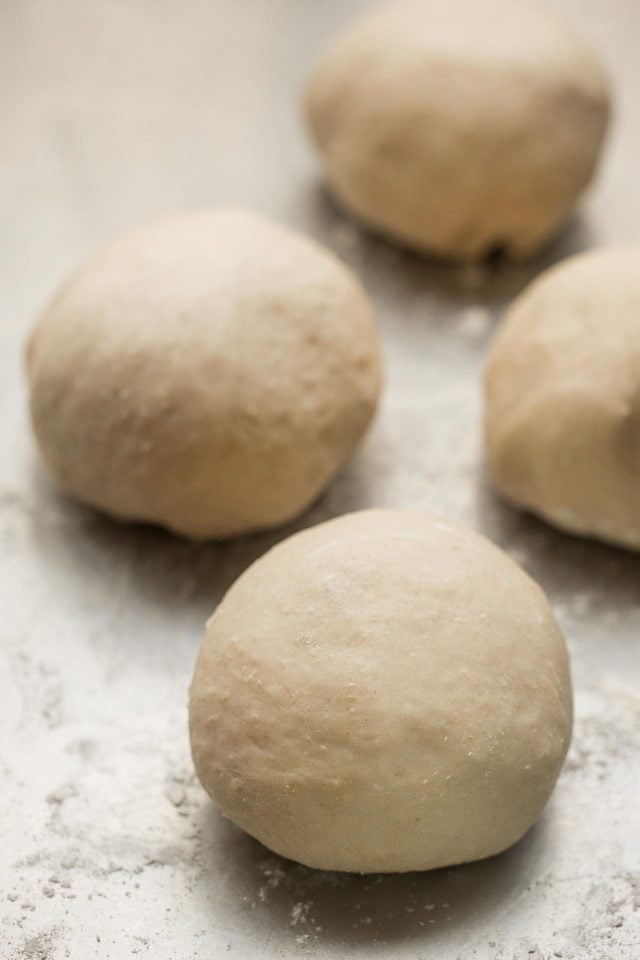 She must have felt bad for me, because I was a wreck, still apologizing as we drank tea and ate pastries at the bakery we’d met at, because she said that she would love to cook for me someday. That would be my dream, and I would definitely write that date with a Sharpie on my arm so I wouldn’t forget it. 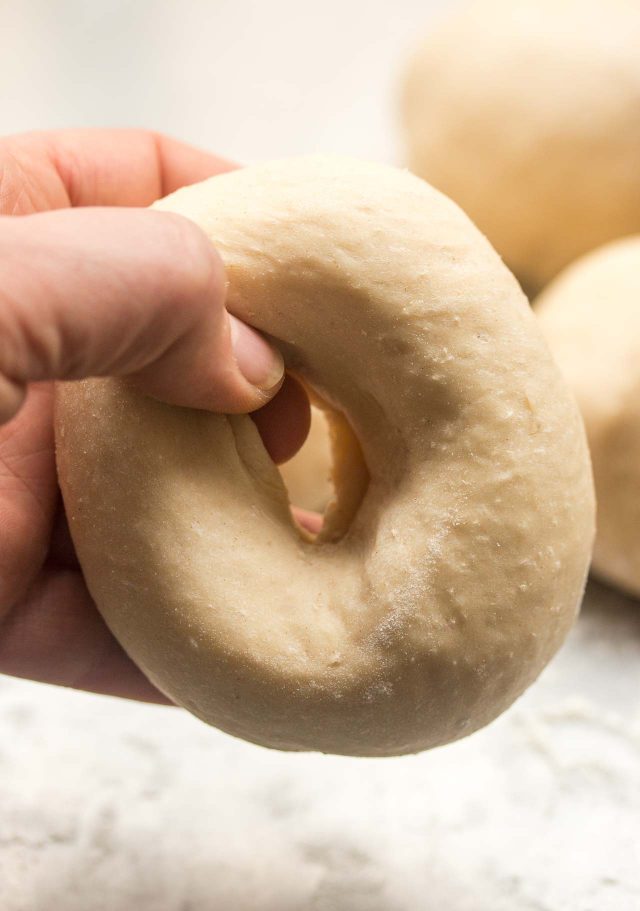 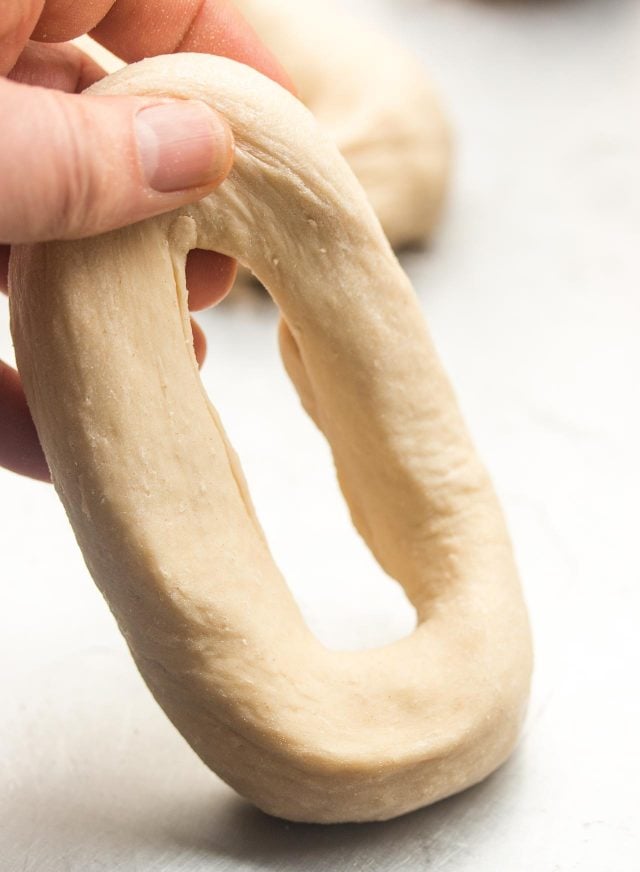 Until then, I’ve got her book, and Jerusalem bagels aplenty, since I made them a couple of times. 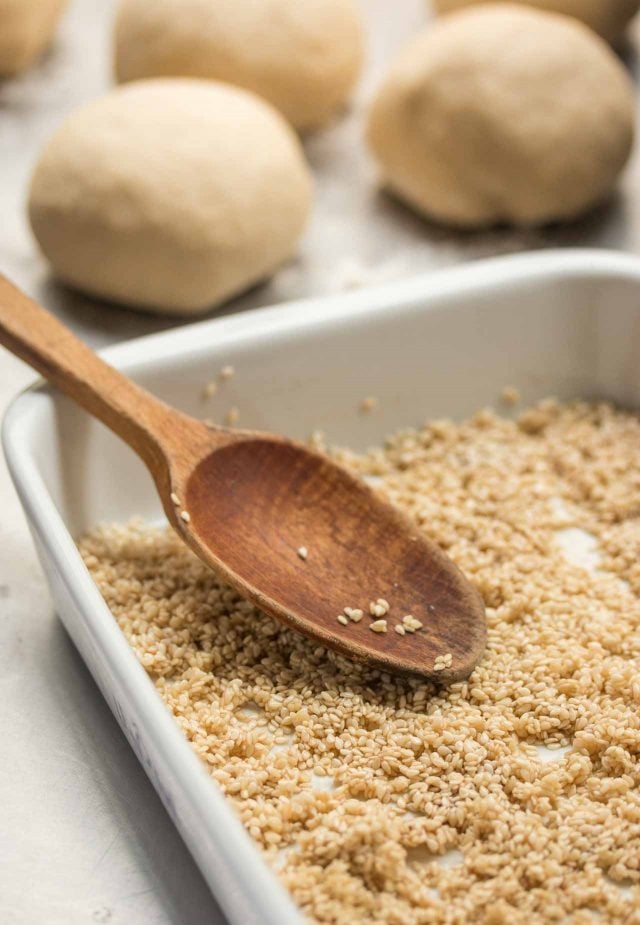 My first attempt at rolling the dough into ropes, and tying them shut, showed that I’m not so good at sealing them closed (below). Maybe I’m just a New York City bagel-boy at heart, and my bagels were doing their best to move back toward that shape. 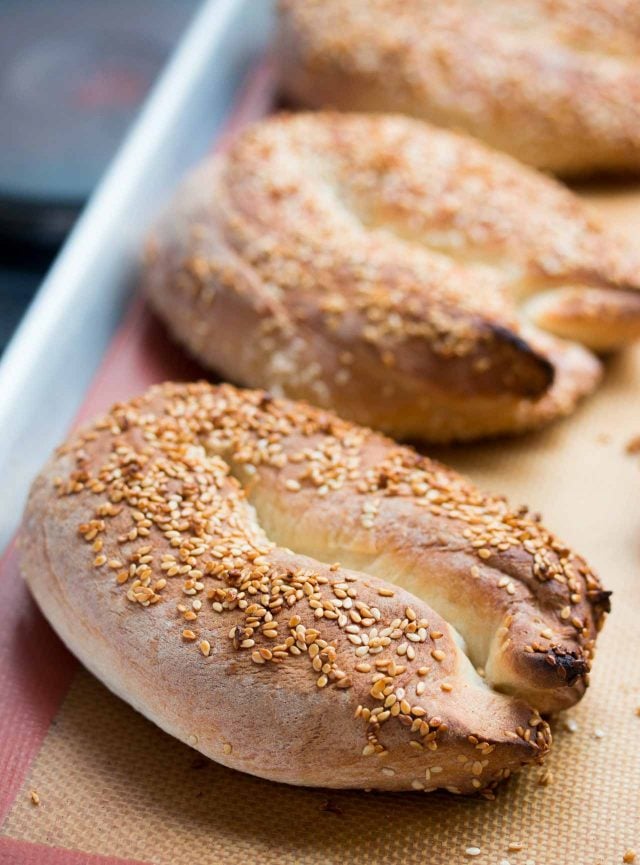 The second batch I made come out great. I didn’t roll them into ropes, but make circles and stretched those into ovals. A Lebanese friend happened to come by when I was pulling a batch out of the oven and said they looked like ka’ak, a bread that’s sold on the streets in Lebanon. I was flattered. 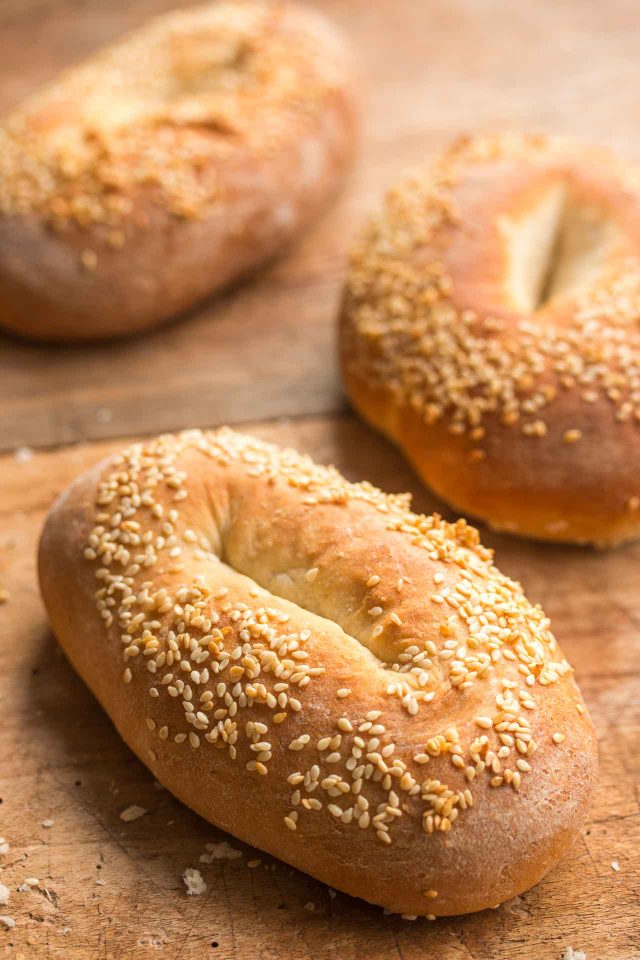 I had some wonderful bread in Lebanon so it was nice to be able to pull a similar bread out of my oven. (Man’ousche za’atar flatbread is another one that I am happy to know how to make, too.) 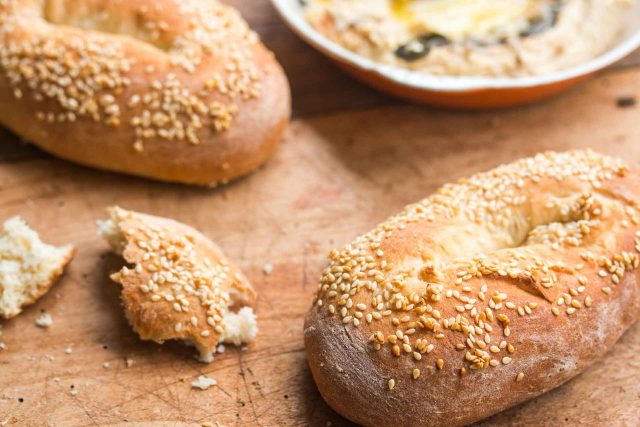 Unlike chewy, New York bagels, these are more bready and airy, so they’re better for scooping up dips; good options are hummus, hummus with spiced lamb, baba ganoush, eggplant caviar, white bean dip, tarama, or a bowl of good olive oil and some za’atar, although we also enjoyed them for breakfast, toasted and buttered as well.

I want to see your bagels if you give them a go. If so, tag us on Instagram @davidlebovitz and @reemkassis – we’d love to check them out! 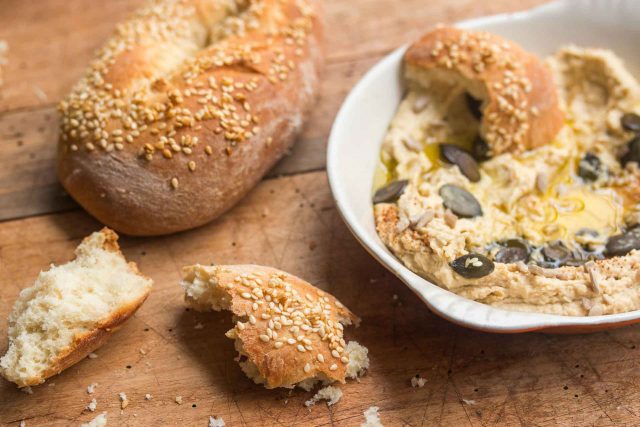 Adapted from The Palestinian Table by Reem Kassis These are smaller than the elongated bagels sold on the streets of Jerusalem but are easier to bake in a home oven. Note that Reem's recipes uses fast-acting yeast, which is different than instant yeast. It's ground finer so dissolves faster and is meant to be mixed with other ingredients without the need to be proofed first. For using other types of yeast, you can find more information on that at this yeast conversion table. There's also a good discussion about various types of yeast here. I ended up using half the original amount of sesame seeds called for, but if you need more, simply make another batch of the sesame seed mixture. If you can't find pomegranate molasses, you can brush the bagels with an egg wash; stir together 1 egg yolk with 1 -2 teaspoons of milk, and brush that on the bagels before dredging them in the sesame seeds.
For the dough
4 1/2 cups (500g) all-purpose flour
2 tablespoons sugar
2 teaspoons kosher or sea salt
1 1/2 cups whole or lowfat milk, warm
1 tablespoon (10g) active dry (instant) yeast
1 teaspoon baking powder, preferably aluminum-free
olive oil
For the sesame topping
1/2 cup (75g) sesame seeds
1 tablespoon pomagranate molasses
2 tablespoons hot water
1. Put the flour, sugar, salt, milk, yeast, and baking powder in the bowl of a stand mixer fitted with the dough hook. Mix on medium speed for about 2 minutes, until the dough forms a smooth ball. (You can also mix it by hand in a large bowl.)
2. Rub a little olive oil over the top of the dough, cover the bowl with a tea towel, and let rise until doubled, about 1 hour.
3. Make the sesame coating by mixing the sesame seeds, pomagranate molasses, and hot water in a shallow baking dish that's not too large. (A 1 1/2qt/1,5l oval gratin dish works perfectly.) The seeds should be damp and sticky, but not clumpy. Add a bit more water, if necessary, to get them to the right consistency.
4. When the dough has risen after 1 hour, punch it down and turn it out onto a lightly floured countertop. Divide the dough into 6 equal pieces. Grab one piece of dough in your hands and shape it gently into a ball on the countertop, without overworking it. Dig your thumbs into the center to create a hole and stretch the dough outward to create an oval ring about 6 inches (15cm) long, using your fingers to pull and shake the dough so the hole is as large as you can make it.
5. Place it on the counter and continue forming the rest of the dough into bagels the same way. Let them rest for 15 minutes.
6. Preheat the oven to 425ºF (220ºC) and line two baking sheets with parchment paper or silicone baking mats.
7. Grab each oval ring of dough and press the top of each into the sesame mixture, then give the dough another tug and pull, coaxing the hole in the center even larger. Place each sesame seed-dipped oval on the baking sheet, seed side up, and let rest 10 more minutes.
8. Bake the bagels in the oven, rotating the baking sheets during baking so they cook evenly, until the bagels are deep golden brown, about 15 to 18 minutes. Remove from oven and let cool at bit before eating.

Serving: Serve the bagels warm or at room temperature, along with a spread or dip.

Storage: The bagels are best eaten the day they are made. They'll keep for a few days at room temperature, but should be toasted or warmed in the oven before eating. They can also be frozen for up to two months. 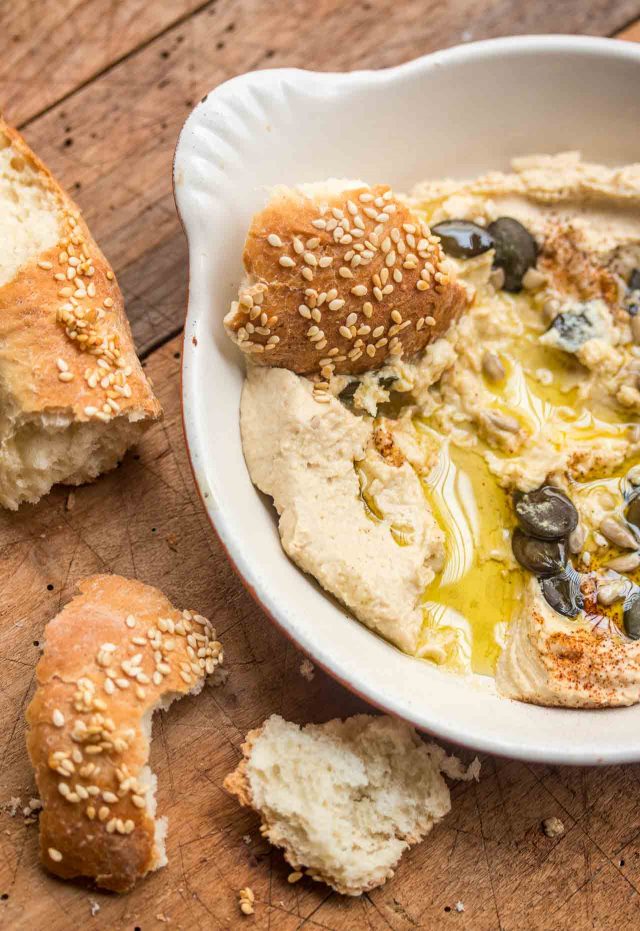 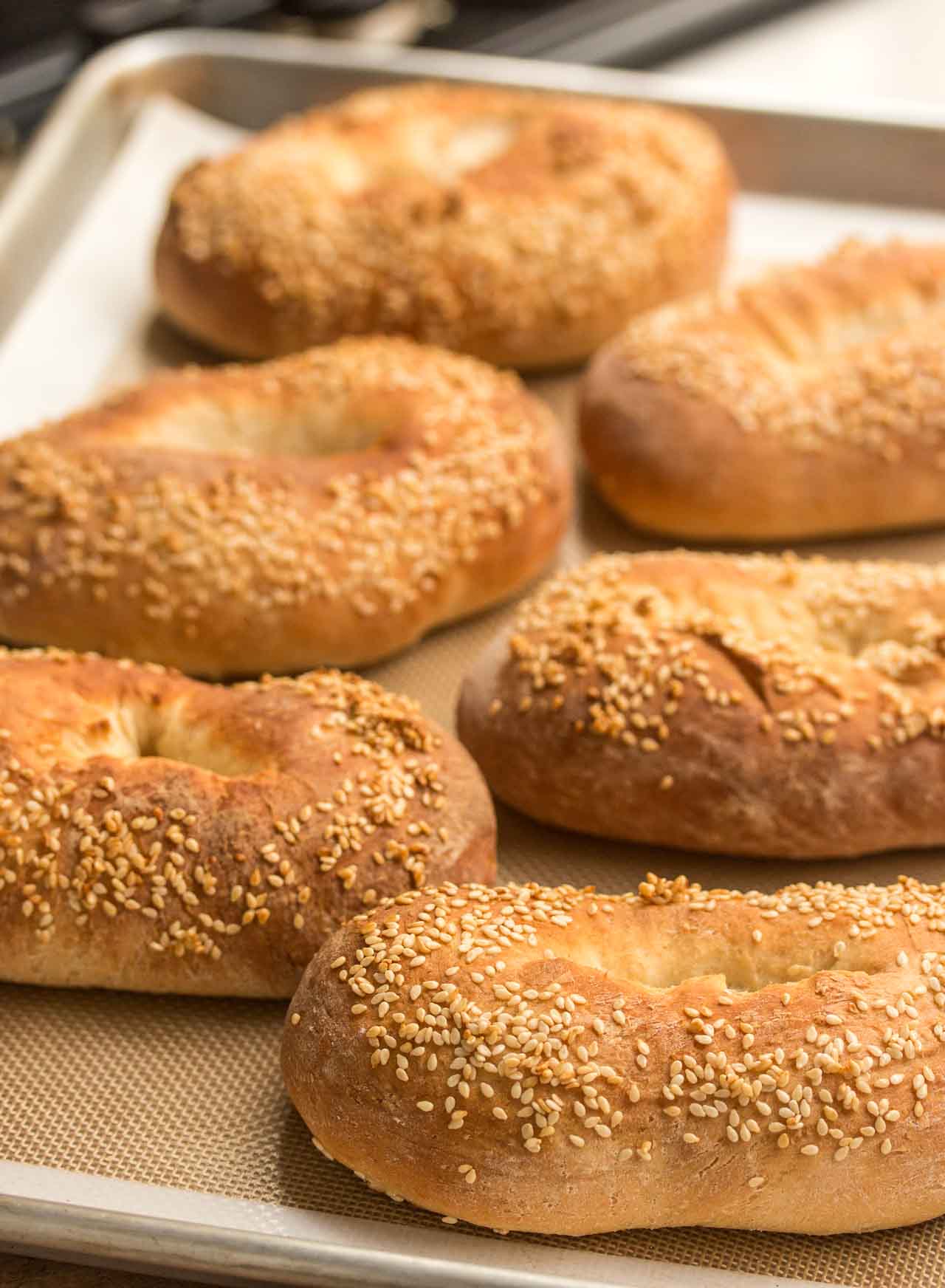