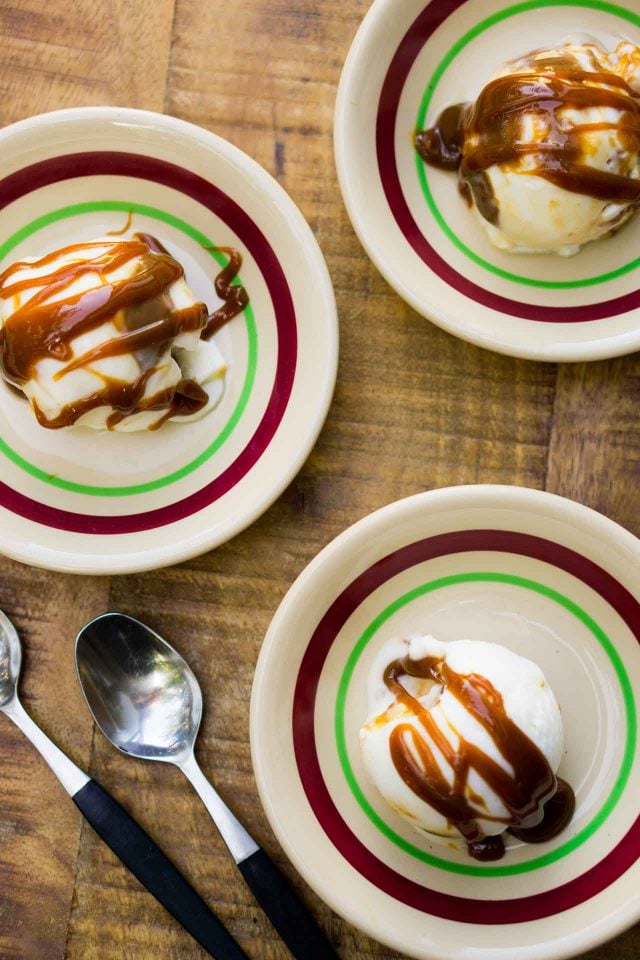 A friend recently sent me a link to an ice cream recipe that used cornstarch, rather than eggs, as a binder and thickener. That prompted me to think (and write him back) about an ice cream-making technique I learned about when writing The Perfect Scoop. Talking to Faith Willinger, an expert on Italian cuisine, she told me that some Italian ice creams (namely in Sicily) are thickened with starch rather than eggs, because it was so hot in the summer, that people in the south of Italy didn’t want to the richness of egg yolks in their gelato. 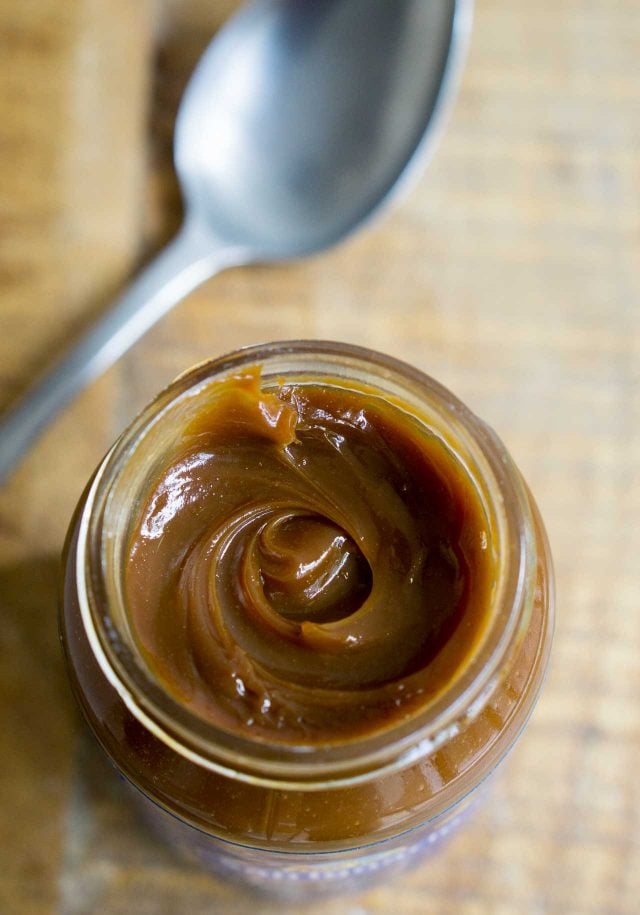 I pointed out to my friend that I’d written about starch-thickened before the article he sent me had appeared, but I can’t take credit for coming up with the idea, and am happy to give the fine folks of Italy, who’ve perfected the art of making ice cream and gelato, full credit for teaching me about the technique. (Although I should add that there are starch-based ice creams from other countries, such as stretchy booza, made with mastic, and salep-thickened ice cream, called dondurma.) 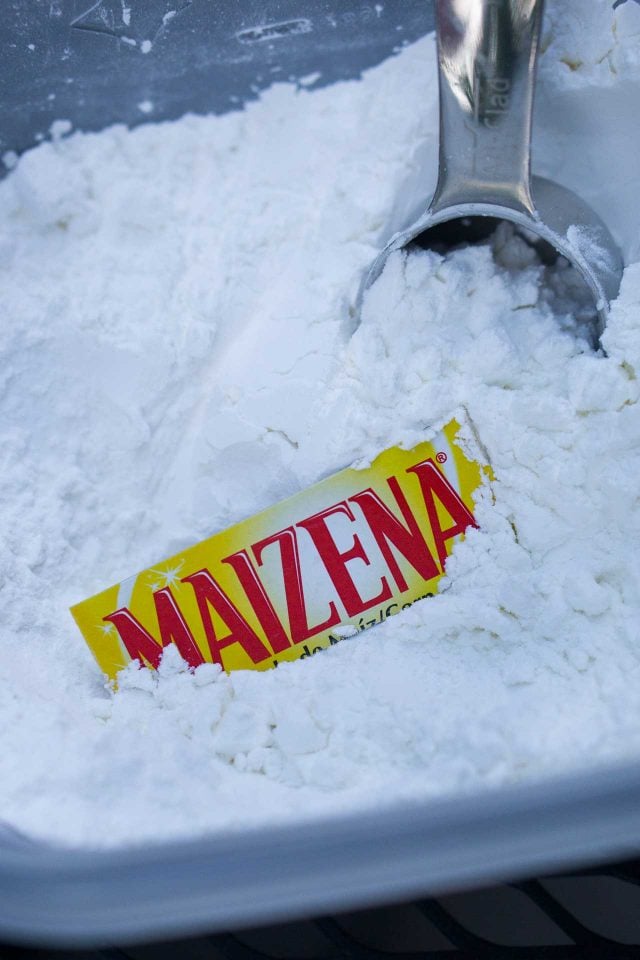 In France, ice cream like this is often called Fleur de Lait, or Fior di Latte in Italian, which means “flower” of milk, showcasing high-quality milk used to make it. We often don’t think of the quality of milk; it’s just something we buy in a carton or jug at the supermarket. But good-quality milk has a nutty sweetness, and not adding eggs to it when making ice cream helps keeps that milky flavor in the forefront. 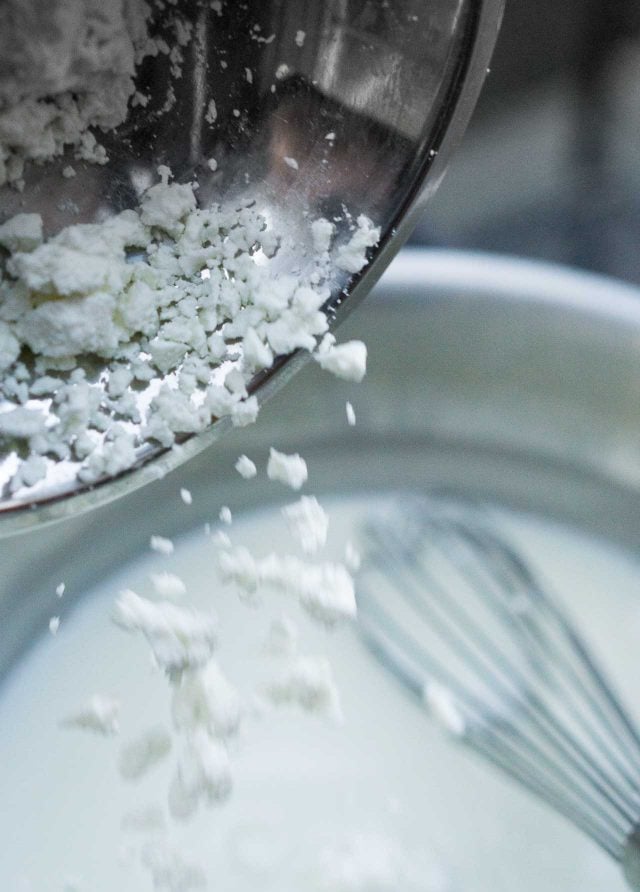 Sometimes people tell me they can’t eat eggs, or can’t digest cow’s milk. I’m one of those people that had trouble with cow’s milk growing up, and used to live near a goat dairy. So I routinely got milk (and ice cream) from them, which were both delicious. I still love the faint tang in goat milk, which is especially nice when churned into ice cream.

This one has no cream or egg yolks, so it is lower in fat, for those concerned about keeping tabs on that. (Although the swirl of cajeta inside, and on top, kind of makes that point moot. But you can omit it.) I add a little fresh goat cheese to the base to dial up the goaty tang of the ice cream, but it’ll be a little firmer to scoop than traditional ice cream since it doesn’t have cream or egg yolks. You can check out some of my strategies for keeping homemade ice cream soft, or you can take it out of the freezer 5 to 10 minutes before serving. Or, you can eat it all as soon as you’ve finished churning it, which I nearly did after licking the dasher just after I pulled it out of the machine (churner’s bonus!) and found it hard to stop. 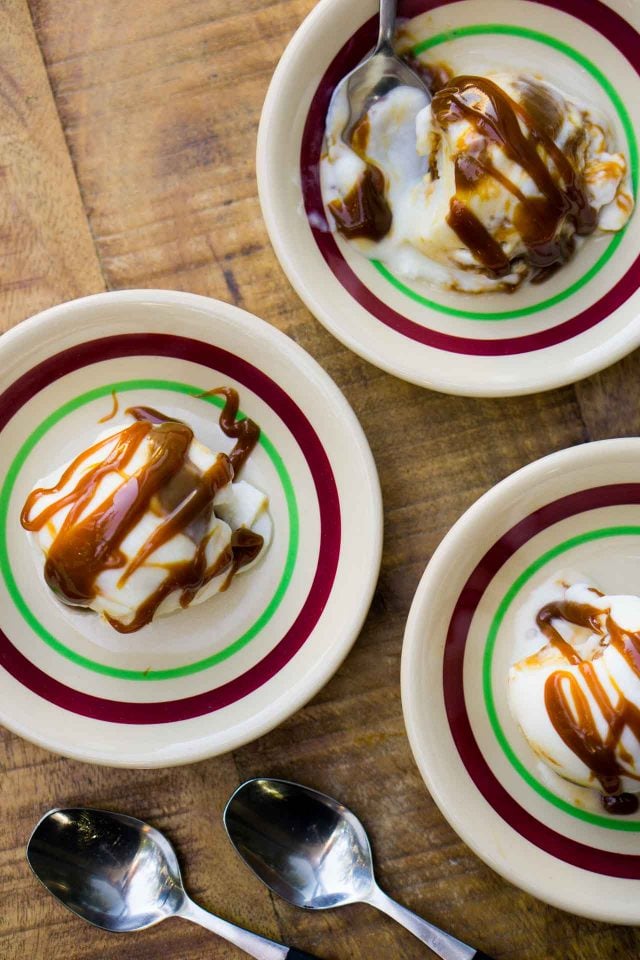 You can buy cajeta online or find it in well-stocked grocery stores. Dulce de leche (or confiture de lait, as it's known in France) is made with cow's milk, and is a delicious substitute. You can make your own Dulce de leche as well. When layering the cajeta in the just-churned ice cream, it should be pourable; about the consistency of ketchup. Warm it gently by putting the jar in a small saucepan of warm water or in the microwave for about 10 seconds, just until it's pourable. Let it cool to room temperature, stirring, before layering it with the ice cream. I haven't made this with any of the non-dairy "milks" out there (such as almond, soy, rice, or oat) but if you do try it, let me know how it turns out in the comments.
2 1/2 tablespoons cornstarch
2 1/4 cups (560ml) goat milk
1/2 cup (100g) sugar
3 tablespoons light corn syrup, or Golden Syrup or 3 additional tablespoons granulated
pinch salt
4 ounces (115g) fresh goat cheese, crumbled
1/4 teaspoon vanilla extract
2 cups (500ml) cajeta or dulce de leche, plus additional for serving, if desired
1. In a small bowl, make a slurry by mixing the cornstarch with 1/4 cup (60ml) of cold goat milk until it's completely dissolved.
2. In a medium saucepan, whisk together the remaining goat milk, with the sugar, corn syrup, and salt, and the cornstarch slurry. Simmer the mixture, stirring frequently, for 2 minutes. Remove from heat and whisk in the goat cheese and vanilla extract, until smooth. Scrape into a bowl and refrigerate until completely cool, which'll take at about 8 hours, or overnight. (To hasten it, you can whisk the mixture a few times while it's cooling.)
3. When ready to churn the ice cream, if the mixture has become too thick to pour into the machine, whisk it vigorously to thin it out first. Freeze in your ice cream machine according to the manufacturer's instructions. Place whatever storage container you're using in the freezer and pour some of the cajeta in the bottom. (Because no one wants to get to the bottom of the container and find out there isn't any more cajeta!)
4. Add a layer of the just-churned ice cream into the chilled container, spooning blobs and/or thick streaks of cajeta as you layer in the ice cream. Avoid the temptation to stir or swirl the cajeta in, which will only make it muddy. Continue layering, alternating with layers of ice cream and cajeta. When done, freeze thoroughly before scooping and serving.

Serving: Serve in bowls. You can garnish scoops of the ice cream with additional cajeta, if you wish. 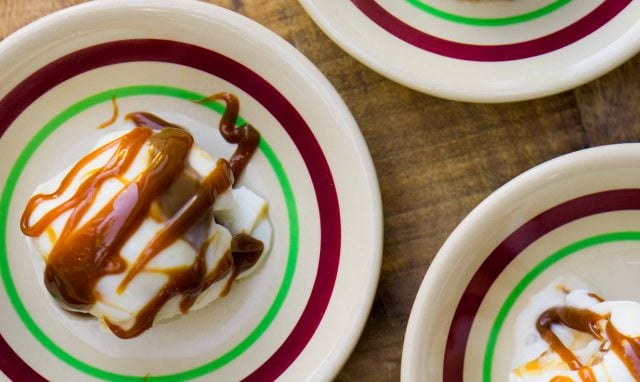 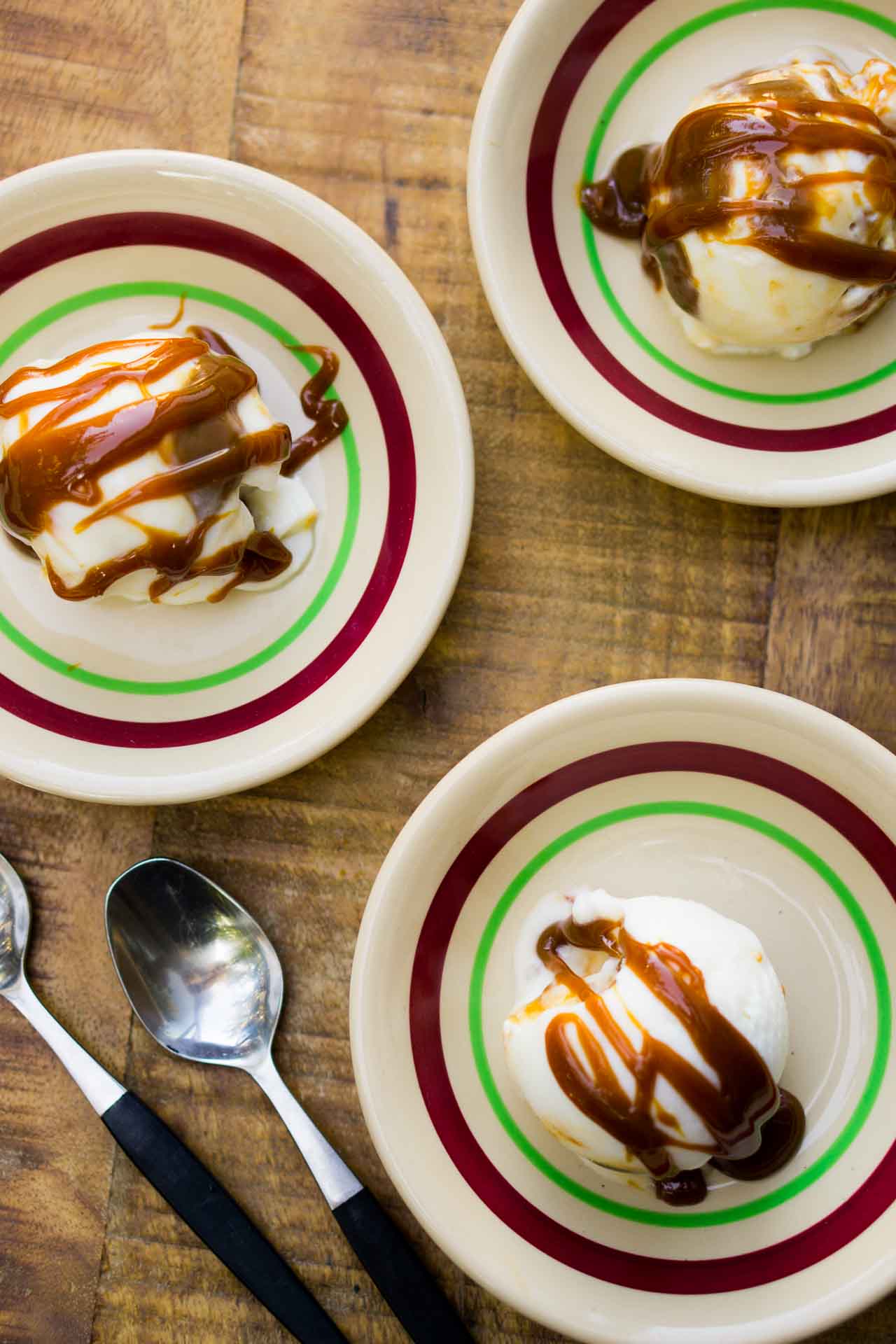